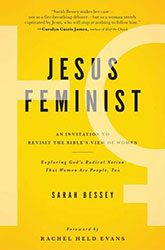 Despite what has proved to be a provocative title among evangelical critics, Jesus Feminist (Howard Books $14.99) by Canadian blogger Sarah Bessey is about a great deal more than feminism and works to touch the hearts and change the lives of a great deal wider an audience than a liberal female readership. But let’s start with the issue of feminism. As Bessey notes, the term “carries a lot of baggage, particularly within the evangelical church.” Often associated, in Bessey’s experience, with women as “shrill killjoys, man-haters, and rabid abortion-pushers, extreme lesbians, terrifying some of us on cable news programs, deriding motherhood and homemaking,” it’s a term that “worries people or causes a bit of pearl clutching.”  It’s also a term Bessey believes the church needs to embrace.

Specifically, Bessey targets three primary areas in which she believes the church has taken an unnecessarily prescriptive and limiting as well as unbiblical approach towards women: women as leaders, women as wives, and women in ministry. In dealing with each issue, Bessey handles many of the typical “clobber passages”: Paul’s admonition for women to be silent in church and to never teach or have authority over men (I Corinthians 14:34-35, I Timothy 2:11-12) and Paul and Peter’s exhortations for women to “submit” themselves to their husbands (Ephesians 5:22-24, Colossians 3:18-19, and I Peter 3:1-2), for example. By providing—as many egalitarian apologists have done before her—the historical and cultural context and more nuanced translations of the Greek, she argues that God’s actual intent for women is for them to have the freedom and support to serve Him wherever and whenever He calls. To readers unfamiliar with such arguments from prior readings in theology or first wave feminism, Bessey makes a strong case. But even for those who find this approach to Christian feminism familiar, one of Bessey’s strongest and most compelling moments of petition for the power of releasing women to serve the church in full and equal force—her litany of “patron saints” and “spiritual midwives”—comes as a profound and challenging petition.

Beginning with the Old Testament through the New Testament, the early church, and every century to the present, Bessey catalogues powerful women of God who—working outside the traditional gender roles she resists—are unarguably heroines. From Ruth, Rahab, and Esther to Priscilla, Junia, Lydia, Anna the Prophetess, and Mary, mother of Jesus to Florence Nightingale, Mother Teresa, Dorothy Day, Harriet Tubman, Amy Carmichael, and Corrie ten Boom, detractors would be hard-pressed to say that these strong women were doing anything less than the divinely-appointed work of God. How, Bessey acts, can we praise them and maintain a myopic view of women’s purpose in the church?

But beyond making the particular arguments for eliminating individual denominational restrictions on women and calling the church to recognize Jesus as a feminist, what Jesus Feminist does perhaps even more importantly for its Christian readership is call for a renewed vision and a bigger-picture approach to the church’s purpose in the world. Though Bessey acknowledges the context of her vision within the theological and academic conversations surrounding complementarism, egalitarianism, and scriptural interpretation, she encourages us to see beyond the limitations of any “Both-And” “Either-Or,” “properly antiseptic and churchy view” of God’s mission for His church. She writes:

“I’m through wasting my time with debates about women-should-do-this and women-should-not-do-that boundaries. I’m out. What an adventure in missing the point. These are the small, small arguments about a small, small god.”

Instead, Bessey challenges us to do whatever we can, in whatever ways we are called, to join in and be a part of the greater redemptive movement of God in the world now. Part of this movement will involve taking on a global vision of addressing injustice in the world, including injustice towards women whom, she argues, are disproportionately discriminated against, abused, and undervalued in myriad ways from genital mutilation to “honor” killings to income and educational inequality. In light of such global injustice, many of our theological squabbles seem small potatoes.

Jesus Feminist is exciting and new not primarily for its take on feminism, but for Bessey’s powerful, cutting, and deeply biblical vision of a world where any calling from God for any person at any place is possible and should be allowed free reign. This book has the potential to liberate not just our theology but our visions for ourselves as individual Christians and for the larger redemptive movement of the church as well.

Read an excerpt from Jesus Feminist at the Patheos Book Club here. 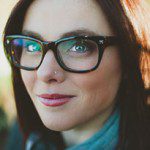 March 5, 2014
Jesus Feminist: A Conversation with Sarah Bessey
Next Post 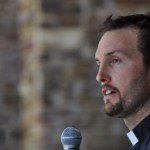