In Runaway Radical, Amy Hollingsworth continues to do what she does best: weave a deeply personal story with the larger narrative of the love of God and his presence in human lives. And, in his revealing debut, her son Jonathan shows himself to share his mother’s ability to distill the mysteries of Grace in the fires of tragedy.

“That which is most personal,” the elder Hollingsworth’s dear friend Fred Rogers said, “is most universal.” Amy Hollingsworth’s writing has always been a testament to that reality, as her complete vulnerability and openness before her audience have invited countless readers to see their own struggles and heartbreaks in a new, redemptive light—not by shying away from the darkness, but by engaging it, head-on, and with a trust that God will make himself known, even in the depths of despair.

Jonathan Hollingsworth bravely brings that same level of vulnerability to this book as he shares, in intimate detail, the story of his quest to do great things for God, to abandon himself to the needs of others in a faraway, impoverished land and become a “radical” follower of Jesus. What he finds instead is that the African mission he goes on is part of an ugly machine, run by people who manipulate young, idealistic American Christians into propping up a classist system of usury and deceit, while spouting a prosperity gospel that offers false hope to poor people and gathers wealth, status, luxury and fame for its preachers.

But this book is also the story of the anguish and pain experienced by a mother and father who felt helpless to do anything for their son as he wasted away under harsh living conditions and controlling overseers, and of the family’s struggle to move forward after his return. Through these stories, Runaway Radical is a groundbreaking expose´ of systematic abuse. Jonathan Hollingsworth, we learn, is hardly alone, either in his experience or, sadly, in his church’s willingness to cover it up.

After horrifying treatment abroad, perhaps the most hurtful crime recounted here is how eager Jonathan’s home church was to expunge the reality of his experience from the record. What I sincerely hope the leaders of that church are discovering with the publication of this book, however, is that they asked the wrong family to hide the truth—because the Hollingsworths are now sharing their story with the world. And thank God they are.

For far too long, abuses of power and the self-interested motivations of those in positions of authority have been accepted as common practice in churches and Christian organizations. With this book, the Hollingsworths join a growing chorus of dissent amongst believers who are not willing to allow the Gospel to continue to be tainted and sullied by those who are supposed to be dedicated to sharing it.

I wish I could say I was shocked by the greed, corruption, manipulation, and abuse recounted in Runaway Radical. Certainly, I had no specific knowledge of these things in the particular world of international missions, but the details recounted here only serve to show that the trends many of us have seen in the contemporary church in America exist all over the world. Readers less jaded than I likely will be shocked by the treatment Jonathan Hollingsworth and his family received at the hands of those who claim to represent Jesus Christ—and that is an inestimably good thing.

What I did find surprising, however, was the complete lack of vitriol in the authors’ recounting of these abuses. The Hollingsworths consistently refuse to name names, point fingers or hurl insults at those who harmed them. Their insistence on a peaceful, but truthful response to sinful actions exemplifies a genuinely Christ-like nobility and strength of character that this world badly needs more of.

Even more astonishing is that, through these events, fraught though they were with deep doubts, questioning and grief, mother and son emerge from the fray as people of faith. Their story is a testament to the power of the love of God to overcome even the serious harm caused by those who carry out inhuman acts in his name. Grace is amazing, indeed.

Runaway Radical is a singular act of vulnerability and courage, carried off with a sensitivity and grace that chooses renewal and restoration above retaliation and, in that very choice, is the antidote to the poison it spits out. This book deserves to be read and shared widely. Its message is vitally important and the realities it exposes can no longer be ignored.

Read an excerpt from Runaway Radical – and a Q&A with the authors – at the Patheos Book Club here. 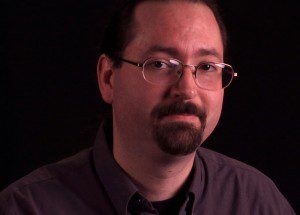 Kevin C. Neece is the author of The Gospel According to Star Trek, forthcoming from Cascade Books, and a contributing editor for Imaginatio et Ratio: A Journal of Theology and the Arts. Learn more and book him to speak at kevincneece.com.

April 26, 2015 A Piece of Peace: Book Review of "Sanctuary" by Terry Hershey
Browse Our Archives
Related posts from Take and Read