Admittedly my perspective is a bit foggy, having been prescribed assistance to deal with the pain of recent events (see my Tale of Woe). However, my foggy perspective has not, in my opinion, impacted my astute observations of modern culture or my unmanageable compulsion to comment on those observations.

Here I note a few recent thoughts on the state of daytime television.

Since I have spent the last three days peering through the fog of a pretty bad headache at shows like 50 Hottest Vegas Moments you are probably thinking that I am recoiling in outrage at the drivel telecast while most of the world is busy at work. This is a concern of mine, but what is really fueling my outrage today is the fact that I just wasted about 6 straight hours of my life watching this stuff.

I started out watching Paula’s Home Cooking, where this woman with a really thick Southern accent bustles around her kitchen cooking a lot of stuff with heavy cream and saying “honey” and “sweetie” a lot. It was very comforting to me in my compromised state. I turned it on because I saw a preview that promised the secret for making the most delicious white chocolate macadamia nut pie, which is something I think everyone needs to learn at some point in life. Right? Why not now?

I watched it all and decided it DID look good, and that it would taste especially good if someone else made it. Not me.

Well, after that show was over I was going to turn it off and sleep for awhile when I saw the lead in to Everyday Italian. It was just that the woman on that show is so pretty . . . and she makes cooking look so delightfully fun (maybe I’ve been missing something all along?). By the end of this show I started to suspect that my brain patterns might have been dangerously altered when I caught myself thinking about when I might make Rack of Lamb with Mint Basil Pesto for dinner . . . .

I thought, “That’s it! This is getting ridiculous!” so I turned the channel to TLC just in time to catch the beginning of A Wedding Story. I figured I could pick up some professional tips by watching a couple plan their wedding. I found, however, that the minister on the show did everything wrong! Certainly not like I would have done it!

It was almost a relief when What Not to Wear came on, though one of the hosts, Stacy London, is a little bit annoying. (And I know this for a fact because my friend Susie was on the show. But that is another blog entry.) Today, though, I got into their project. What would be better? Straight-legged pants or flared bottoms? Short jacket with structure or a longer, loose-fitting coat? Should we go with shimmer on the lips or a darker, matted lipstick shade? In the end I found myself winded–it was like exercise! So many decisions hanging in the balance; surely this could not be good for me in my weakened condition.

So I turned the channel to something more intellectual: Discovery Health Channel. Hmmm, this looks good, I thought, as I watched the trailer for I Lost It!, a new show about people who lose weight. And the fact that I thought this show looked like something I’d like to watch is just more indisputable evidence that I must have suffered brain damage in my recent car accident. What kind of compromised mental state leads someone to think watching a show about people who lose a lot of weight, solve all their problems and immediately begin living lives of bliss would be a fun thing to do?

I almost turned it off in disgust until I noticed the next show coming on, An Adoption Story. I love hearing about adoptions since I have an adopted child. So I watched, engrossed, as a wonderful, beautiful, loving and deserving couple in Seattle successfully adopted a perfect and adorable little boy through the foster care system. It was all perfect and wonderful and beautiful. I finally realized to what a terrible level I’d sunk when I had a momentary out-of-body experience and saw myself sitting on the bed, Kleenex box in hand, crumpled, used tissues scattered about, eyes swollen from crying . . . from the television show I was watching.

This has got to stop. I don’t know what I can do to change the state of daytime television in this country, but surely I could write a letter, start a consumer campaign, lobby for better programming? I feel convicted after my day in front of the television that something needs to be done. And soon.

So I plan to get started on this right away.

Right after A Makeover Story.

January 28, 2006 My Sentiments Exactly
Recent Comments
7 Comments | Leave a Comment
Browse Our Archives
Related posts from Talk with the Preacher 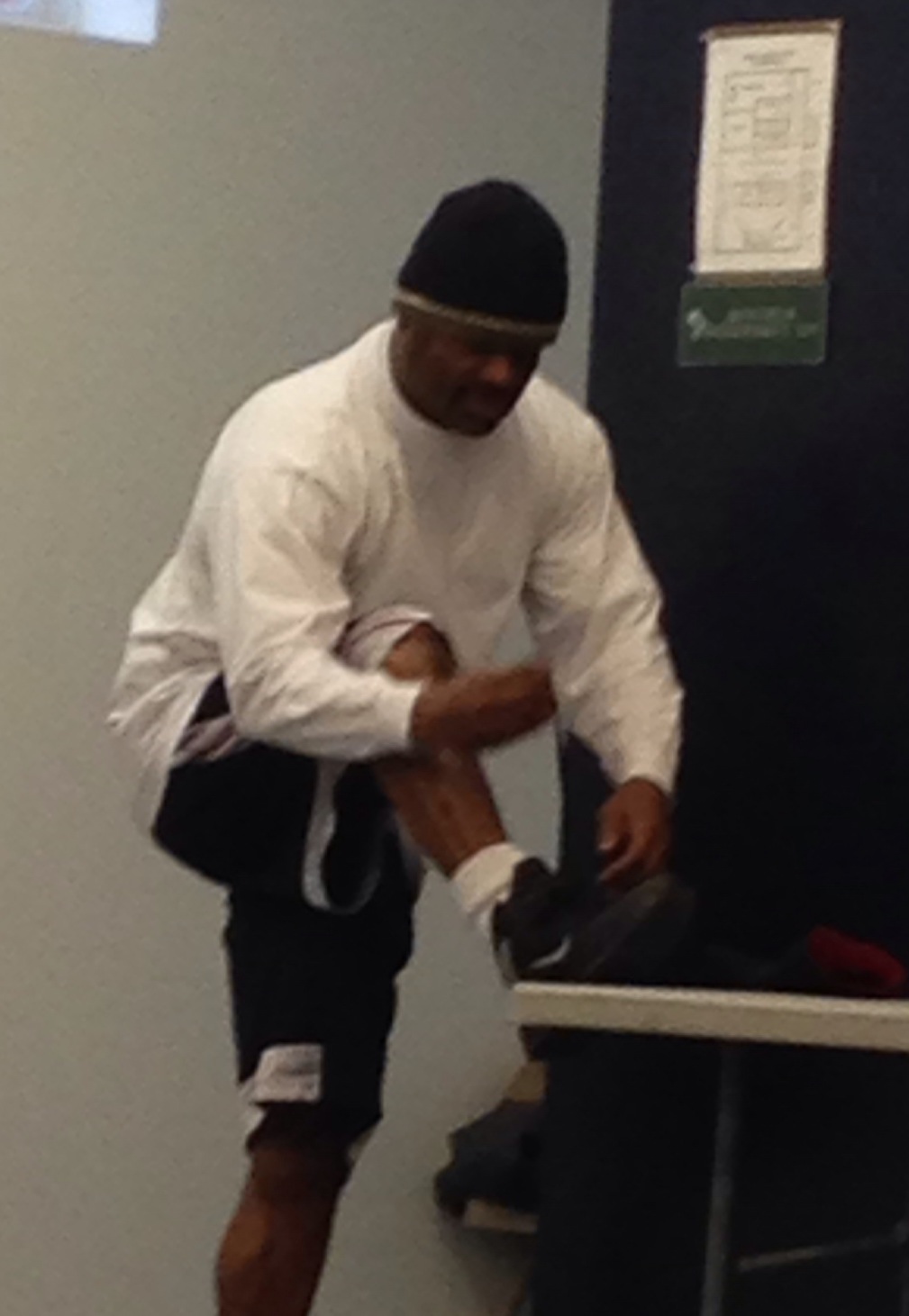 Progressive Christian
From the Mundane to the Ridiculous: a Breathless...
Talk with the Preacher