Many kind people have asked me this week if I feel relieved.

You see, it was Monday afternoon when I turned my back to walk out of the doctor of ministry 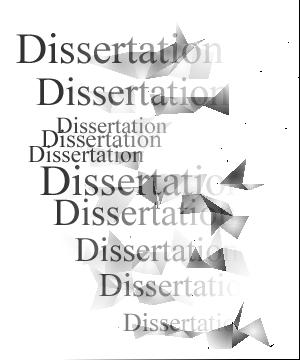 office at Wesley Theological Seminary, leaving my huge, final DMin project, that hovering monster who has lived with me for three years now, without one little shred of regret.

I didn’t think I would miss it.

Honestly, while I loved my research and thought my topic was incredibly interesting, there was no acceptable reason on this planet why I should have been engaged in such a rigorous academic process, particularly in light of the few other things I have going on in my life.

Why did you do it then, you ask? That is a fine question, one that provides fodder for countless hours of future therapy, which I may just start now that I have all this free time on my hands.

Regardless of the multiple layers of psychosis just waiting to be explored, however, the fact remains that the project is done, awaiting minor revisions, and I will never, ever have to live with February 1 hanging over my head ever again.

So, I should most certainly feel relieved, wouldn’t you think?

I have been curiously observing the fact that I do not, in fact, feel relieved. Isn’t that strange?

This was underscored last night, when, after hours of insomnia I finally fell into a dream-filled sleep in which I was apparently in the process of completing final papers and projects so I could graduate-simultaneously-from every single school I remember graduating from (this, in other words, does not include preschool). Intertwined throughout my dream were teachers from high school and seminary profs, the faces of my master’s thesis committee staring at me across a very big table waiting for some answer I couldn’t seem to access, and a particularly annoying English professor I had at Baylor. There were other strange details, like getting lost in my own neighborhood because a new development had been built while I was studying . . . but there was a moment of crisis in my dream where I finally realized there was no humanly possible way for me to finish every single thing I had to turn in, and as a result I could not graduate. From anything.

When I woke up, heart pounding, covered in sweat, I decided I have a new disease: Post Traumatic Stress from DMin.

As far as I know there is no known cure for such a disease, so I’m pretty concerned. In fact, I am thinking maybe I should look into possibly finding a cure myself . . . aren’t there some pretty good medical schools around here?

February 12, 2009 Some Thoughts on Following
Recent Comments
9 Comments | Leave a Comment
"Any updates with the blog ?"
Stanley Sabbath as Radical Witness
"I really, really, really liked this article. Thank you. ♥"
maguilar9855 When God Gets Political: Enough
"To the author/researcher: I am wondering if you uncovered a time when, as Dr. King ..."
Judith March Hardie MLK at The Riverside Church in ..."
"Church is boring."
Ivan T. Errible Sabbath as Relationship
Browse Our Archives
Related posts from Talk with the Preacher