I made a new friend the other day.

It happened at the Department of Motor Vehicles, in the line to get a number so we could 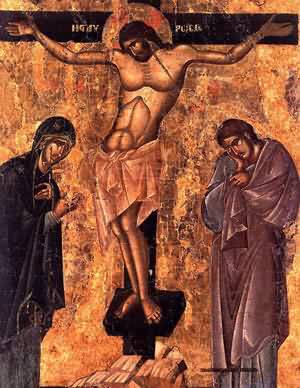 stand in a line to wait for the line where we would stand to be assigned a DMV representative, whose line we would then go stand in.

There was a woman standing in line next to me for the significant amount of time that I spent there that day, and by the end of that experience, we were friends.

I met her outside, in fact, on the sidewalk, where we introduced ourselves to each other and started our conversation commiserating about the fact that both of us had carefully researched the DMV’s hours and endeavored to show up just as the office opened in order to be first in line. When I met her we were all the way behind the building, in a line on the sidewalk already populated by at least one hundred other people ahead of us who’d had the same exact idea we’d had.

And as we waited in line together we compared notes: why we were there, how we knew what to bring, how long we hoped the wait would (or wouldn’t) be. Over the next 90 minutes or so, as we inched along the sidewalk in the frosty morning, we got to know each other. I heard about her family, the grandchildren she was raising, the struggles of being a first-generation immigrant, the baffling red tape that living in a new country continuously presents.

By the time we were in the building she had already knew that I was facing a significant birthday and I needed a renewed driver’s license; and by the time we got to the desk to get our numbers for the next line, she had seen pictures of my kids and I her grandchildren.

In the end I spent far more of my day at the DMV than I had hoped, and so did Maria. Eventually I got to the desk of my assigned agent, took my picture, and finally (!) held the coveted driver’s license in my hands.

As I turned to leave I glanced around and met Maria’s eye across the room-she was very close to victory as well. I nodded my goodbyes and we gave each other knowing looks: I know how you feel; I know this is all ridiculous; I’m glad I had someone walking through this with me; I wish you peace.

It was all very deep and meaningful for a trip to the DMV, but there’s something about shared experience that can bond people to each other, that builds relationship in a way that years of casual interaction does not.

And so it is that we read the recounting of Jesus’ passion today and wonder about this little interaction toward the beginning of his crucifixion. With all the detail that could have been included in such a terrible story, the Gospel writers take several verses to tell us that, as Jesus was dragged up the hill to the place of the crucifixion, there were two others who faced the same fate. They were two thieves, we learn, criminals who had been convicted and sentenced and were now facing their final punishment.

On paper there probably wasn’t all that much that Jesus had in common with the other two facing the same fate he was that day, but you’ve got to know that standing together looking up at that hill bonded them in ways they may never have encountered had they run into each other out on the hillsides of Galilee.

And I wonder why the Gospel writers would spend time telling us about two anonymous criminals and their conversations with Jesus, when we’re so busy exclaiming over the horror of what’s about to happen, wondering where Jesus’ dearest friends are right about now, and agonizing over why and how something like this had to happen at all.  Yes, in the middle of all that pondering we hear a conversation Jesus has with these two thieves, where they enter into the experience they are sharing and, though this interaction one of them finds grace, peace, redemption.

Faced with the events of this day we Christians are tempted on this day to try to explain what happened on that hill at Calvary with some degree of transactional distance-it’s much easier that way, much more clean and neat. Theologians call these explanations “theories of atonement.” In various expressions they come out something like this: I sin, Jesus died to pay for my sin, and the cross is my receipt to prove it.

I suspect that we insist on theories of atonement along these lines because it’s too horrible, too terrible, too messy to walk into the events of Good Friday without some good reason why they had to happen. But honestly, none of the answers centuries of theologians have concocted explain it all enough for me. Instead, I think the glimmer of hope in the horror of this day can be found in little moments of grace like this one: Jesus and the thief on the cross.

And maybe that’s exactly why the Gospel writers include such a detail.

See, there was really nothing about Jesus’ whole ministry and message on this earth that was transactional in the least. No, Jesus was much more relational. He sat down with sinners; he met with powerful leaders; he welcomed women; he engaged children. In fact, the way that God himself communicated God’s love was by coming down here, walking on this earth, and living in relationship with us. It was in all the messiness of relationship that God came to us; it was in the gritty hard work of relationship that God still comes to us. There’s nothing transactional at all about who Jesus is and how God continues to transform our lives and our world through continued engagement.

Just think: if Jesus had come to earth to grit his teeth through what had to be done, to play out some divine transaction just so we could become the recipients of an eternal get out of jail free card, there’s no reason for him to have engaged in relationship at all. In fact, by the time he’d made it to this day, this dark day of death, surely his only focus would have been getting the pain over with, finishing things up. Can you imagine the anguished thief, the one who felt on some level that Jesus understood what he was facing like no one else could, saying to Jesus: “Jesus, remember me when you come into your kingdom,” to which Jesus replied: “Leave me alone! I am trying to DIE here!”?

No, instead he shares in the pain of this thief by saying these words of grace, “Today you will be with me in paradise!”

When this is all over . . . when the pain we’re sharing is done-I give you, grace.

And isn’t this what Jesus did all the time?

For those moments when God is a stranger and, from somewhere we manage to summon the courage to call out; “Jesus, remember me!,” he ever and always will answer: “Today, you will be with me in paradise. Be at peace. Amen.”