I confess I groaned inwardly and probably outwardly too when I saw that my text for the sermon last Sunday would come from John chapter 15.

I think what really gets to me in this passage is Jesus’ phrase about choosing: “You did not choose me, but I chose you . . . .” 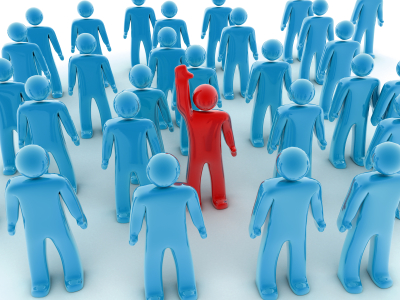 How many times have I heard people talk about God choosing us in a way that is meant to exclude others—in other words, “I am chosen by God (whew!)—you’re not!” Entire theological systems have been built around this exclusive and limiting interpretation of Jesus’ words, and honestly, the thought of trying to debunk John Calvin in less than 20 minutes just made me want to pull the covers up over my head all week long.

I just kept wrestling with this strong conviction that God’s love for the world is not a love defined by scarcity and exclusion. There aren’t some of us God loves better than others. In fact, the huge challenge of the Gospel message is more that God loves the whole world—lavishly and abundantly.

The hard part for those of us who want to live our lives according to the Gospel is that we’re asked to do that, too.  And it has been my personal experience that loving unconditionally is much, much harder than withholding love from people we deem unworthy, or unholy, or even unchosen.

So, I took slightly different direction in the sermon, and I think it turned out okay. But sometimes Jesus’ words just get under your skin and won’t let you go, and that’s what seems to have happened to me last week.

I was so bothered that I took some time yesterday to look at the text again.  When I did, I started to think Jesus words should never be used to support the idea that God excludes to begin with. If you look closely at the passage you can see that Jesus is really talking, not about personal salvation or how one avoids going to hell. Rather, Jesus is describing, as he often does, his thoughts on how together we might usher in the kingdom of God—that is, trying again to lead us in the challenge of welcoming God’s different way of doing things. Read it again: “You did not choose me, but I chose you and appointed you that you should go and bear fruit and that your fruit should abide . . .”.

Could it be that Jesus is not so much focused on who is in and who is out, but more on the task at hand?

In other words: this is a big job we all have ahead of us. I want you to know that if you sign up to be part of this kingdom-making adventure you’d better take it seriously. This is no casual, part-time hobby—signing on means you’re part of a special group of people, you together with others who were also crazy enough to sign on for the task of helping bring about God’s hopeful transformation of this world.

The distinction between a focus on choosing and a focus on the task at hand may be slight, but it’s a distinction nonetheless. Jesus isn’t talking about our individual credibility as special, chosen people—better than everyone else. He’s talking about the importance and the enormity of the task in which we’re engaged.  It’s true that participating in God’s ongoing efforts to bring hope and healing to the world means a whole life of great opportunity and possibility. But it’s the holy honor of the task and the great love of the one who sets us to it that makes it special—it’s certainly not my personal participation. And, it’s also true that Jesus extends a personal invitation to me to be part of ushering in God’s kingdom, but I wonder how much more ushering I could do if I stopped thinking about how special it is that I was invited and start thinking about the immense task ahead?

After all, I’m thinking that there’s plenty of kingdom work for everybody to participate.

And, really, Jesus’ invitation was to a few more than just me. Try, the whole world—every single precious child of God.

May 28, 2009 The Not Yet Holy
Recent Comments
0 | Leave a Comment
Browse Our Archives
Related posts from Talk with the Preacher