Your Name in the Wall

One of the unique qualities of the Calvary community is that it is populated by the youngest older people I have ever met.  While some of their youthful vigor can undoubtedly be attributed to the fascinating sermons they hear every week, there must be something else going on.  Whatever the reason, nobody around here even bats an eye, for example, when 90-year-old Bill Fahey lugs piles of sod on church workday or blushes bright red when I tease him about a female acquaintance who dialed his telephone number “by mistake” the other day.  So, it didn’t even really register on my radar when I heard through that grapevine that 91-year-old Kyin Oo and a friend were setting out on a several-week adventure to explore biblical sites in Greece, Israel, and Turkey.

Okay, maybe the news registered, but my response was definitely not one of shock and surprise—Mr. Oo is always off gallivanting around the world somewhere.  No, I’d say my response was more like jealousy.

Mr. Oo and friend apparently had a great time and returned last week, or at least that was the word on the street.  I verified the news for myself Sunday morning during the passing of the peace, when Mr. Oo was definitely back, in his regular pew, with a big smile, hug, and wish for the peace of the Lord for me.  I fully expected a promise of pictures later, during coffee hour; he knew I’d want to hear all about his trip. 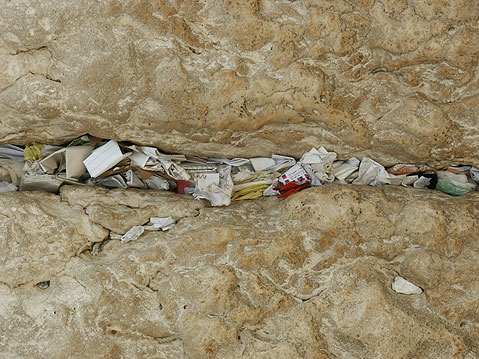 But as I turned to greet the next person in the crowd, Mr. Oo said something that stuck with me all week.  He said, “I put your name in the wall.”

In the chaos of the passing of the peace (you will know what I mean if you’ve ever had the experience at Calvary), I didn’t quite get what he said.  He said it again, then he turned to another one of our pastors, Leah, and told her the same thing.  Then he told us both that a written prayer for our church was also tightly curled up and stuck into the Wailing Wall in Jerusalem.

For me, I feel often that my best access to God comes in a spark of recognition, God right there in the words, actions, presence of another human being who crosses my path.  In the face of another’s faith I can sometimes catch a glimpse of my own, even if it’s way off in the distance, and even if I’m in church (working!) when it happens.  In that moment during the passing of the peace I felt it.

91-year-old Mr. Oo, long dedicated Calvary member, travels halfway around the world to stand at the Wailing Wall in Jerusalem.

While he’s standing in that sacred place, the thought occurs to him that writing a prayer or two and curling a little piece of paper as millions have for years and years might be a good thing to do.

And somehow as he thought about what to write on his prayer slips, the name of this church came to him.  And undoubtedly the names of many who are dear to him.

And one of those people, in his mind, was me.  And he wrote my name on a small piece of paper and curled it up.  And then he put my name in the wall.

And when he told me that in passing in worship Sunday, I could feel the connection of the divine from my small, insignificant life to an ancient wall halfway across the world and the love of one who took a moment to scribble a prayer for me and put my name in the wall.

October 30, 2010 Poetry Corner
Recent Comments
0 | Leave a Comment
"I really, really, really liked this article. Thank you. ♥"
maguilar9855 When God Gets Political: Enough
"To the author/researcher: I am wondering if you uncovered a time when, as Dr. King ..."
Judith March Hardie MLK at The Riverside Church in ..."
"Church is boring."
Ivan T. Errible Sabbath as Relationship
"Well, you savor your specialness!"
Ivan T. Errible Sabbath as Relationship
Browse Our Archives

Coaching and Curation in the Covid-19 Classroom
As an introvert who has worked hard at not simply teaching in...
view all Progressive Christian blogs
What Are Your Thoughts?leave a comment
Copyright 2008-2020, Patheos. All rights reserved.