Well, today is the start of Lent, as evidenced by the insane schedule at church and also the pancake dinner we ate last night.

I woke up in a panic this morning, realizing I had not given much (any) serious thought to what kind of Lenten giving up or taking on I want to do this year.  I’m pretty sure my failed Lenten practice of last year—going vegan—is not on the list for consideration, but since the sudd 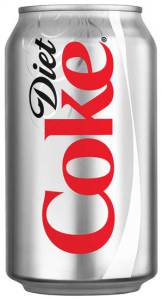 en realization (approximately five hours ago) that I didn’t have anything planned yet, I’ve been asking myself: what is it that will challenge you, push you to see your life and your faith in new ways, deepen your relationship with God?

I really have been asking myself these questions.

And these are no small questions.

Thus, the conundrum I now face, hurriedly, in the moments between proofing the bulletin for Sunday and mixing up ashes: It’s the first day of Lent.  What am I going to do?

Nagging at the back of my mind is a sermon I preached at Woodbrook Baptist Church in Baltimore last Sunday.  (Woodbrook’s pastor, John Ballenger, and I have been swapping pulpits once a year for the past four years.)  I’ll confess I’m a little bit surprised that some of the ideas I was batting around keep surfacing in my mind, as the rhythm of my week is such that usually by Wednesday I am thinking about NEXT week’s sermon—not last week’s.  But still, the thoughts linger.

In last week’s sermon I was exploring a few verses at the end of Matthew’s version of the Sermon on the Mount.  I said those little verses were warnings from Matthew, warnings to be careful as we read the collected sayings of Jesus in the Sermon on the Mount that we don’t give in to the temptation to try to boil them down to a concise, black and white list of things we should do or not do in an attempt to make God happy.

I think it might be a natural human compulsion to try to do this, to try to boil things down to a list of things we should do or not do.  And I think maybe this compulsion is a little bit stronger than usual during the season of Lent, when everybody is talking about giving up chocolate because they love Jesus.

In my sermon, I tried to get my point across by drawing a distinction between a dog and a tree.  Here’s what I said:

Dogs learn to obey by positive or negative reinforcement.  A dog’s behavior is directly related to what he knows about how to get a treat or avoid a punishment.

A tree, on the other hand, produces fruit, like apples or oranges.  These apples and oranges do not appear every year on a fruit tree because the tree is afraid of the farmer punishing it, or even because the tree is trying to make the farmer happy.  There’s something in the very essence of the tree that makes it want to produce, say, apples.  It was created to do that very thing.  And because of the nutrients in the water and the soil where its roots dig down deep and anchor themselves, that tree grows and thrives and produces exactly the kind of fruit it was created to produce.

Following Jesus is not like being a dog, where our behavior is motivated by the desire to get something from God, or even a fear of being punished by God.  Rather, following Jesus is like being a tree, where when the very essence of who we are is planted in the soil of God’s grace and watered with the example of Jesus Christ, then we grow and become exactly who we were always meant to be: people created in the very image of God himself.

The challenge I was trying to set out is the challenge of living whole lives immersed in God’s grace, so much so that we don’t have to think too much about our choices…our lives will organically reflect the God we follow.

Maybe trying to live this way is something to take on for Lent?

How might I actually do this?  Be nice to homeless people, call my mother back promptly, start a campaign to free an enslaved ethnic population?  I suspect that living a godly life during Lent is not as simple as, say, giving up Diet Coke for the season (though, for me, this would be far from simple, I admit).

So, I’m back to the drawing board, thinking about just what it is I could practice this Lent to keep Jesus in my sights and to work at living a life that reflects what Jesus came to teach us.

And I’m still not quite sure about how to try to do this, other than that I’m pretty sure it doesn’t have very much, if anything, to do with chocolate or Diet Coke….

January 31, 2013
Shine a Little Light on Our Discipleship
Next Post

February 20, 2013 Number Your Days...Forty Days
Recent Comments
1 Comment | Leave a Comment
"Any updates with the blog ?"
Stanley Sabbath as Radical Witness
"I really, really, really liked this article. Thank you. ♥"
maguilar9855 When God Gets Political: Enough
"To the author/researcher: I am wondering if you uncovered a time when, as Dr. King ..."
Judith March Hardie MLK at The Riverside Church in ..."
"Church is boring."
Ivan T. Errible Sabbath as Relationship
Browse Our Archives