Over the past few weeks in worship we’ve been following the gospel lectionary texts and looking at Jesus and his message from the perspectives of those who lived life on the margins of society…left out…in a sermon series called On the Margins.  Every week at the end of worship we’re presented with a discipleship challenge for the week.  One week I invited folks to think about a time when they felt they were not included, on the margins themselves, and to send me an email telling me about it.  This essay came my way from Yolanda Appiah-Kubi, Calvary member and thoughtful Jesus follower.  It’s shared here with her permission:

When my daughter Salima and I returned here to the Washington metropolitan area from my parents’ home in Alabama after I received my master’s degree, I looked for a warm, family-oriented congregation. I found one at my former church, with very strong Sunday school, children, and youth programs.  It ticked off the boxes for Salima, and we were often in the building for one program or another from Girl Scouts, to AWANA, to trips to Six Flags, etc.  I had the support in the structure of the church to couch and raise my daughter in a safe community.

I was a single mother in an unusual congregation with 50% men, and 50% women.  It was a very strong, coupled congregation. A divorced person in some manner might have had the reputation of being a fallen woman. Paradoxically I was permitted to work in positions of lay leadership; but held at bay when establishing closer relationships.  One had to be aware of how much one husband said hi, or another helped with packages.  I’m sure I became very adept at handling my own packages, and shifting my own loads. 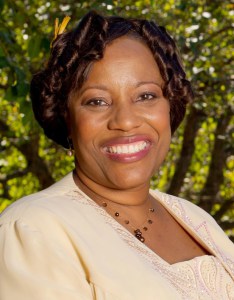 Unwelcome. The definition of unwelcome is – not giving pleasure, or received with pleasure, not welcome.  Synonyms include:  bad, bitter, disagreeable, displeasing, distasteful, harsh, icky, nasty, rotten, sour, uncongenial, unlovely, unpalatable, unpleasing, unsavory, wicked, and yucky.  I was on the fringes of things.  If I was not, in point of fact, one of the synonymous terms, I might have been reduced to one of the terms and become so due to isolation.

As a willing worker I could give my talents to Vacation Bible School as Director for three years, and Co-Director for two, Women for Christ, and AWANA, for the Cubbies.  But in twenty years that I attended that congregation, I was invited to someone’s home one time.  Admittedly, I did not invite anyone either.  I felt the need to be careful not to stand too long talking to another member’s husband after Sunday school class, both to be mindful of congregational perception and to be clear in the signal, or message sent, as well as in establishing and maintaining boundaries.

In Biblical writings we find a leper was an outcast with a disease and labeled unclean. The custom held that the leper had to cry out; “Unclean, unclean” so that others would know that he or she was approaching, could cross the street, or at least expect the leper to stand clear.  I will admit those years when my daughter was young and I was being careful to not bring a stranger into our home and life who could present a threat: there were some lonely days.

I suppose it was at that time that there was a heightened level of dis-ease, because my church family did not even know my middle name so to speak.  I did not feel mistreated; I felt the wives understood their husbands and what was necessary to prevent unnatural stress on their relationships.  Perhaps I related to their perspectives all too completely, minimizing my own outlook and needs, and thus never considered that I might have asked to be included more.

These thoughts have been shared in the context of thinking of a time when each of us felt left out, or on the margins, to frame the context of these contemplations and examination of my life.   I felt that I understood how the woman at the well felt going to draw water at midday.  No one else would be there; but at least she would not have to feel the sting of being an outcast — of not belonging if alone, and unseen.