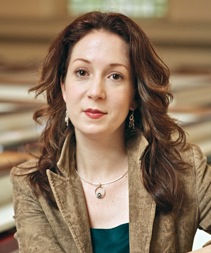 Amy Sullivan is a Calvary member, and a journalist who writes about religion, politics, and culture. She is currently a correspondent for National Journal, and was previously a senior editor at TIME. Her first book, The Party Faithful: How and Why Democrats are Closing the God Gap, was published by Scribner in 2008.

Clergy types have been buzzing recently about a Christianity Today article called “Rethinking the $3,000 Missions Trip.” The piece, by a Tennessee pastor, grapples with the at-times-overwhelming preference of many American Christians to focus on poverty overseas rather than challenges closer to home.

“I believe in missions. I also believe in short-term mission trips,” writes Doug Banister. “Yet the longer I work in the resource-poor inner city, the more frustrated I become with the amount of money God’s people spend on these brief trips. We seem so eager to spend thousands of dollars sending our people overseas for one week without stopping to ask, ‘Would some of this money be better invested in my own community?’”

As someone who has covered religion in the U.S. for the past decade and participated in it my entire life, I’ve spent a lot of time wondering about this aspect of American Christianity as well. There’s something undeniably more exotic and appealing about hopping on a plane to Uganda to dig wells or work with former child soldiers than driving downtown to serve lunch to the same homeless dude I’m pretty sure cussed me out on my walk to work last week. The former is something like charity-tourism: I get to visit a new country, bond with new friends, pay attention to global problems for a short period, and feel good about myself. The latter feels somehow like penance.

But there’s something more complicated at work here. Because it’s not just more fun to jet off to another country with throbbing arms full of vaccinations and backpacks stuffed with REI-procured mosquito netting, among other provisions. It’s also usually judgment-free. It’s a natural tendency in the west, despite our best efforts, to assume the best of those suffering in developing countries, to consider them blameless victims whose lives can’t help but be improved by our intervention. As a result, we tend to think of people in other countries as more deserving of our dollars and attention than those in our own communities.

This may be in part because it is easier for us to believe that another nation has failed to protect its most vulnerable citizens than to think the same of our own country. For many, being a patriot has come to mean believing that the U.S. can do no wrong, that real poverty and hunger and suffering cannot exist here.

And for many congregations, it’s just simply the traditional view of missions work as something that is focused overseas. I’ve served on missions committees at churches that had plenty of compassion and concern for their communities, but that never would have considered, say, a program to work with the children of prisoners to be a true mission.

More and more congregations are beginning to shift—or, more accurately, broaden—their focus to include domestic work as part of their activities. And I don’t mean to denigrate the usefulness of some overseas missions projects. There’s no question in my mind that some of the documented support among young evangelicals for increased foreign aid and even domestic social programs can be tied to the increased popularity of short-term mission trips at Christian colleges and universities, and to the exposure students have to the realities of global poverty. (Banister notes that Americans spend $1.6 billion each year on short-term mission trips.) It’s one thing to encounter poverty in a slideshow given by a visiting missionary at a Sunday evening service. It’s another to walk in the midst of it.

Even this positive aspect of missions trips, however, focuses on how it impacts those taking the trip—not those whom it is intended to serve. It would be more honest to rebrand these excursions as consciousness-raising tours. Again, they serve a purpose. But most organizations doing work in the field—both domestically and overseas—will tell you they would take dollars any day over short-term volunteers.

These are hard truths for well-meaning congregations that want to use their dollars to ease suffering and share God’s love. But they are issues worth grappling with if we are going to effectively minister to the communities we live in, as well as those that touch our hearts around the world.

August 11, 2013 The Men of Judges: Ehud
Recent Comments
1 Comment | Leave a Comment
Browse Our Archives
Related posts from Talk with the Preacher