Welcome to the first Sunday of the season of Lent.  In the liturgical calendar of the church year, Lent is a period of 40 days leading up to the celebration of resurrection, Easter Sunday.  It is characterized in churchy circles by frequent conversation about giving something up or taking on some spiritual practice, and worship involving more than your usual opportunity for confession (and no alleluias).

In general, Lent is a time of increased solemnity during which we are supposed to be thinking about our humanity, the temporal nature of our existence and the way we tend to mess things up in the very short time we’re here.

That subject tends to be just a bit uncomfortable for those of us who have left our pulpit pounding, fire and brimstone, rule following, black and white, get-it-right-or-you’re-going-to-hell faith behind us for a more sophisticated way of understanding relationship with God.

We feel dis-ease with terms like sin, iniquity, damnation, transgression, unrighteousness, judgment, repentance, penance, salvation, even…which makes Lent a bit of a tricky time for us.

Though we all—every single one of us—feel its effects, we don’t much like to speak of sin.  We fear offending people, turning people off to church, or coming across like Bible-thumping weirdos.  We’d like to gloss sin over a bit, just to avoid the discomfort, not just of looking closely at our own sin, but of having real, honest conversations with others about their sin…not to mention the corporate sin we share.

All of those things are basically true, to my experience anyway, but as theologian Barbara Brown Taylor posits in her book, Speaking of Sin, in watering down or surrendering the theological language of sin we have rendered ourselves speechless in the face of a reality common to all human living.

The fact is, we don’t know how to talk about sin with each other.

So, during the season of Lent we’re going to be talking each week about a different word/concept related to sin, trying to get our heads around ideas that are pretty theologically deep, a bit more sophisticated and multi-layered than we may have thought, and totally outside our comfort zones.

(I can feel you planning your out of town weekend trips right this minute.) 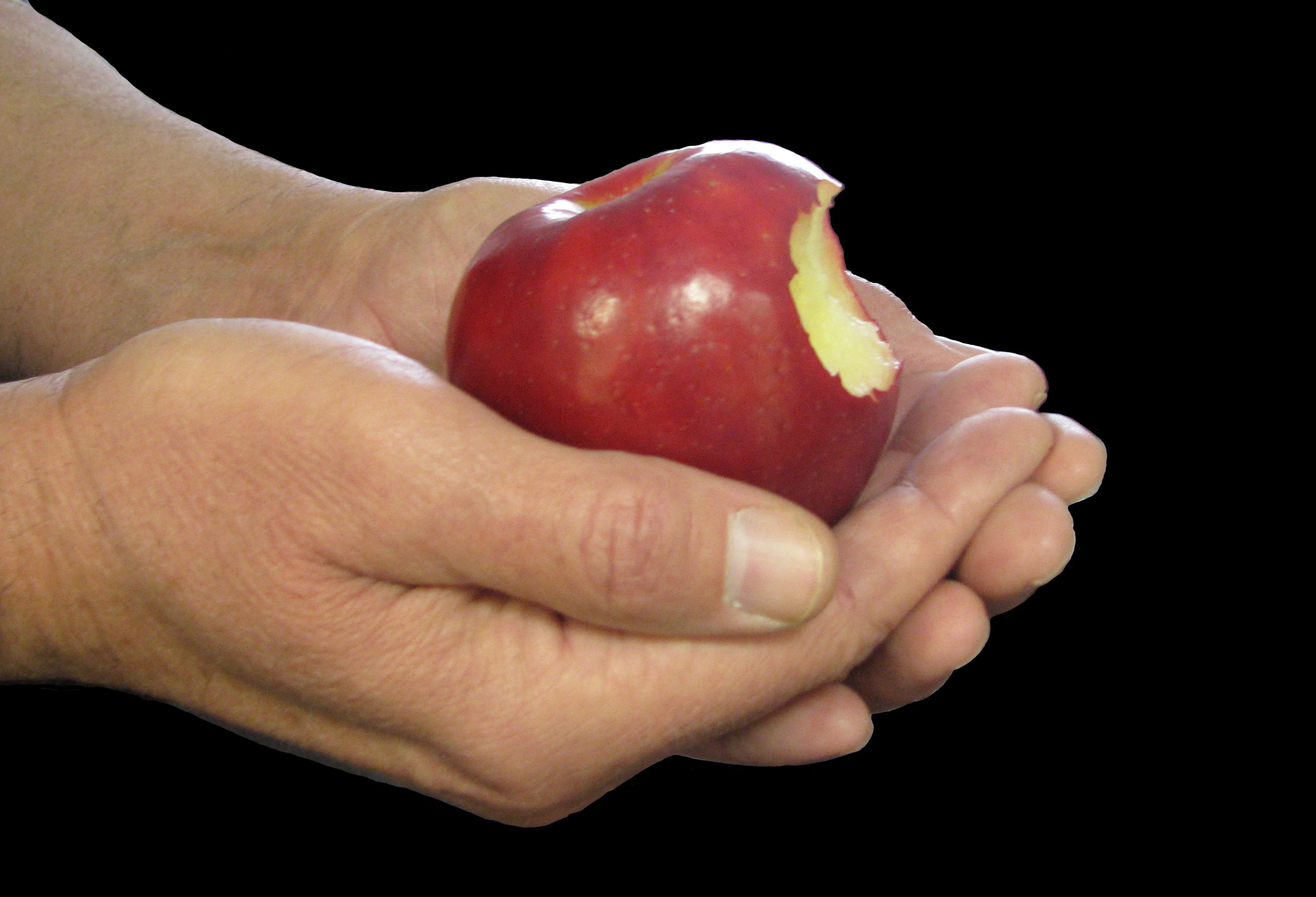 In these next few weeks we’ll try to reclaim the language of sin to give us some sense this Lent of this human reality so that we will not wallow in the abyss of our own vile failures…but instead begin to see a way forward, to learn again the language of grace.

Imagine that you are sick.

For over awhile now you’ve been feeling symptoms that are a bit worrisome.  You’re dragging everyday, no energy at all.  Your head is pounding—sometimes you think you might even be running a fever.  Sneezing, scratchy throat, chills, nauseous.  You’ve tried to ignore these symptoms, but they’re getting harder to ignore; you’re barely making it through the day and you get desperate enough to make an appointment with the doctor.

After a full exam, intense questions about symptoms, checking your throat, your ears, your chest, taking blood, even hitting your knee with that little rubber hammer thing, the doctor comes back into the exam room to tell you her diagnosis.  And she says: “Well, it looks pretty bad.  Your respiratory tract proteases have cleaved viral haemagglutinin allowing an ongoing neuraminidase facilitated release of progeny virions.”

You can see your doctor speaking.

You believe she is speaking English.

You know you feel terrible.

And, not understanding her words, you cannot form any coherent thoughts about how you might begin to feel better.

Your stomach sinks; you knew it was fatal.

If you had been able to hear the diagnosis, however, in words that you actually understood, that is, had she said four words which mean exactly the same thing as what she’d actually said: “You have the flu,” you would have realized, finally, why you feel so terrible.

And you would have known before she even said it that the best way for you to proceed in an attempt to feel better probably involved something like: lots of fluids, rest, Tylenol, and someone to wait on you hand and foot.

We have to know the language of sin to begin understanding its realities; we have to find and reclaim the words in order to help us speak of our very real human situation.  And so we begin this Lent speaking of the word “sin” itself.

We are not the first to undertake this.  No, long before Jesus arrived on the scene, way before Augustine thought up the Doctrine of Original Sin, and thousands of years before Jonathan Edwards’ famous attempt at church marketing, his sermon “Sinners in the Hands of and Angry God,” since the beginning of the human experience, as a matter of fact, people were telling stories trying to understand and explain this human state of “fallenness.”

Our scripture lesson today, in fact, is the Judeo-Christian version of that story, and it’s pasted in to the second chapter of the book of Genesis, the second version of the creation story. (Did you know there are two?)

The first version, in chapter one, tells the story of a God who benevolently orders chaos from afar.  It’s like God is a grandparent, sitting in a recliner, feet up, smiling and watching, over the years, a grandchild laughing, learning to crawl, taking first steps, learning to read, playing the piano…coming into his own.  God watches and guides as the universe is brought into order, and then God sits back and says, “Wow, that’s good.  That’s really, really good.”

But then, strangely, the text seems to reverse, go back to tell the story again because there were a few things it forgot to include.

In chapter two, the second version of the creation story, God is not sitting back exclaiming about all the wonderfulness of creation.  Instead, God is in the middle of everything, getting his hands dirty by scooping clay and performing abdominal surgery as a form of matchmaking.

And that’s when the compiler of our creation myth thinks to include an explanation for that question we either like to avoid or, alternately, love to yell about (with signs and megaphones): sin.

This creative story involves Adam, and Eve (in an often disputed role), along with a snake and an apple.  (Perhaps not how I would have narratively structured it, but extra points for creativity.)  These chapters explain what similar stories from every human culture in the history of the world seek to explain: a human ability to choose and the human reality of making a poor choice, resulting in consequences.  That is, sin.

Since the Enlightenment especially, we humans have measured the world through codification and scientific method.  Barbara Brown Taylor says we’ve come to understand sin using either a law metaphor or an illness metaphor.

When we view sin using a law metaphor we understand sin as breaking the rules.  That is, there are certain rules in the world—good and bad, right and wrong—and you either successfully follow the rules, or your fail by breaking them.  And when you break them, you get punished—there have been many creative extensions of this, including special punishments for certain sins.

We love the law metaphor for talking about sin because it allows us a very convenient tool for categorizing others and ourselves.  There’s no mutual accountability in this view of sin; in fact, it pits us against each other.  There are the rule breakers: sinful, and there are the rule followers: not sinful…and we’re pretty sure we know who is bad and who is good.

Another way we look at sin is using an illness metaphor, and this view of sin is likely more prevalent in more liberal strains of Christianity.  In this view, sin is a sickness.  And, that makes sense because sickness is, in fact, debilitating–not unlike sin.  But here’s the thing.  Everybody gets sick sometimes, and we generally get sick because of things that are out of our control.  Nobody really chooses to get a disease, and they can’t be held responsible for the effects of that disease.

In other words, we might behave a certain way because of something that was done to us—in our childhoods, or in a traumatic experience.  Our behavior may be sinful, but it’s not our fault, and—worse—we don’t have much choice in the matter.

This way of viewing sin is problematic because it doesn’t allow for any personal choice, freedom, responsibility or accountability.

Of course, hints of both of these metaphors can be found in our holy text.  But there are three Hebrew words used throughout the Bible to convey a sense of sin, and they are not that simple.  They mean: having good intentions but missing the mark; acting wrongly—intentionally breaking the commandments; and all-out rebellion, turning our backs on God.

And while all three of these in some variations contain law and illness metaphors, the sense they convey is more multi-layered and sophisticated than the more straightforward ways we tend to look at sin.  They all convey some sense of separation from God, a state of being “out of sync” with the one who created us.

Sin is separation from God, the sense that something is wrong, out of sync, and I need to change.

We humans…we want so desperately to speak definitively of the mystery that enshrouds our lives.  Many wise thinkers have tried to boil the human experience down to something manageable, understandable, contained.

Some have even written elaborate stories about snakes and apples and gardens and a God who is alternately benevolent and exacting.

But the truth is that there’s no way to sufficiently explain this life we live, individually and corporately.  Life is mystery; we know only that there is something inside us that longs for relationship…and there are so many things that keep us separated from God and from each other.

Today we begin to take back our theological language of those things, of sin.

For, remember, without the language of sin…we cannot find the language of grace.  And, right about now—looking out over the season of Lent stretching ahead of me, I think I’m going to need a little grace.