Learning to Say Thank You

Learning to Say Thank You

A sermon delivered at The Riverside Church September 21, 2014.  Watch or listen here.

Over the next several weeks in worship, we’ll be taking a tour through some of the parables of Jesus found in the gospel of Matthew.

As you know, Jesus often told stories to try to illustrate what he called the Kingdom of God, or the Kingdom of Heaven.  What he described was a new reality to those who listened to him, a radically different way of being in the world and being in relationship with each other.

Jesus’ ideas left his listeners baffled; he consistently invited them to consider what the world would be like if we, say, loved our enemies; did good to those who sought to harm us; gave away our possessions; died for what we believe in.

And, as his ideas were hard for some to comprehend, Jesus tried to help by telling stories—we call them parables.

Sometimes the folks listening would hear his stories and those stories would touch something deep inside, a shared human experience.

Sometimes Jesus would tell a story and folks would have no idea what he was talking about.

Sometimes a story Jesus told would rally people to action.

And sometimes…sometimes Jesus would tell a story that would offend everyone—just make the crowd mad.  Really mad.

Over these next few weeks we’ll hear a variety of parables Jesus told, but why would we want to start anywhere other than with a parable many have called Jesus’ most offensive parable?

Reverend Linda read today’s parable from Matthew’s gospel just a moment ago; it is often referred to as the Parable of the Workers in the Vineyard.  Here’s the rundown:

There was a landowner who needed some folks to work in his vineyard.  Maybe the regular crew was on vacation, or didn’t show up…or maybe it was harvest and he needed all hands on deck.  Whatever the case, this landowner went into the village early in the morning to find some laborers who would work in his vineyard that day.  He’d pay them fairly—generously even—and so they came back with him and began the day’s work.

A little later that same day, the landowner could see there was quite a bit of work left to do, so he went back into the village and found some more folks to come work.  The same thing happened again at noon, then even late in the afternoon, around 5, when the landowner went into the village and invited still more laborers to come work in his vineyard.

When the bell rang for the end of the workday, the landowner instructed his manager to line everybody up to receive their pay for the day.  It seems to me he could have avoided a whole mess of trouble had he done it differently, but curiously Jesus says, the landowner specifically asked the manager to pay the folks hired last, first.

So there they were, lined up to be paid, the folks who began at five PM at the very front of the line.  As instructed by the landowner, the manger paid the first set of workers—those who had only been on the job just a few hours—a full day’s wage.  They were probably surprised, but they weren’t going to complain!

So they made their way past the others waiting in line and word began to trickle out—the landowner paid the very last workers a full day’s wage!  There at the end of the line were those who had started before the sun came up: they couldn’t contain their excitement.  If the workers who’d only worked a few hours were paid a full day’s wage, well—they were set to make way more money than they’d anticipated.  Jackpot! 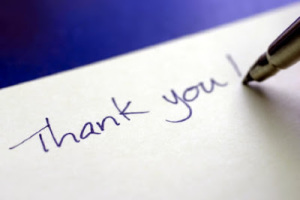 They were incensed.  Furious.  It wasn’t fair!

Jesus went on, as you heard, to tell about the landowner’s response.  But you and I need to read only this far to feel the outrage of those workers.  They’d worked longer and harder than anybody else; they’d spent the whole day in that vineyard; they were not being treated fairly!

And here was Jesus, young, dynamic rabbi, suggesting that God’s kingdom, the kingdom of heaven, was like this?

But don’t get tripped up here; if you do, you might miss the point. In the telling of this story, Jesus was not trying to make a statement about fairness or unfairness.

Instead, as usual, Jesus was talking about transformation, about shedding the constructs of this world that limit the ways in which you and I interact with each other and the world around us, about opening up possibilities for wholeness and generosity, expansiveness and relationship that perhaps we’d never considered.

He was talking about learning to see the world in a whole new way.

One summer when my children were very young, we went on a vacation to Rapid City, South Dakota.  Now, let me be clear: while South Dakota is a very beautiful place, it really was never on a top five destination vacation list of mine.  My sister lived there then, and the vacation was meant to be a memory-making week for eight little cousins, ranging in age from newborn to about five years old.

What we were thinking I will never know.

Anyway, on the schedule for that week was a visit to Mount Rushmore, that beautiful national memorial, an amazing sculpture carved into the granite face of that mountain.  It wouldn’t be right to visit Rapid City without seeing Mt. Rushmore, and what a memory we would make for the cousins, who would get to see it together!

So, we strapped all eight little children into their various car seats, loaded up untold strollers and sippy cups and diaper bags, and took those children to see Mt. Rushmore.

In my memory it was my sister who had the brilliant idea to stop at the entrance to the memorial visitor center at a vending cart selling ice cream.  It was a bright summer day—a great day for ice cream—so all the kids chose their favorite flavor of ice cream, and we sat everybody down to eat their cones in the hot sunshine.

And eat their ice cream they did.  Well, as much as they could, what with the sun melting it faster than they could lick the drips.  There were several of us parents on duty working overtime with napkins, but you might be able to imagine the scene.  Little faces and t-shirts, fingers and cheeks—covered—covered, I tell you, with sticky, melted ice cream.

(We were making memories, remember?)

But, we were there to see that memorial, so we got everyone as cleaned up as we could and soldiered on toward the memorial visitors’ center.  When we got into the visitors’ center, there, spread out before us was a stunning view of the sculpted mountain—framed by a huge pane of clear glass—floor to ceiling glass, looking out over the mountain.

The kids were mesmerized by the view, and they wanted to get as close as they could to see.

So they rushed right up to that beautiful glass window and they put their little hands up to reach toward the larger than life sculpture right there in front of them.  They exclaimed with excitement and pointed; they leaned their little sticky faces right up against the window to get as close as they could; they slid those little hands up and down the glass as they commented on what they saw.

All of these tourists and monument staff members were watching my children and my nieces and nephews smear that pristine glass window with their excited, little kid reactions to that incredible view.

I wanted nothing other than to get out of there as fast as I could.  I began rounding up the kids, pulling them away from the glass.  Once we finally had them moving away from the window, I looked back with chagrin at the ice cream smears covering what seemed to me to be the entire bottom third of that glass window.

Down the hill we went, back to the parking lot.  We folded the strollers and stashed the diaper bags, strapped everybody into their respective car seats, and hit the road—hoping to get away before anybody at Mt. Rushmore that day could yell at those crazy folks who thought it was a good idea to feed eight children under five ice cream on a hot summer day RIGHT before they brought them into the Mt. Rushmore visitor center viewing area….

Here’s what I saw.  I saw a group of sugar-hyped children—all of whom I love, mind you—smearing melted ice cream on a pristine window, creating an annoyance to other tourists, and leaving a mess.  Hyper children, smeared glass, annoyed tourists.  That’s what I saw.  I never even saw the sculpture.

Instead of looking at the world seeing all that’s unfair, asking: What’s mine? What do I deserve? What do I get?, Jesus invited his listeners to see something different, to recognize such lavish generosity and to learn to say thank you.

What might this world be like if we looked around us and saw God’s kingdom of abundance instead of our own economy of grasping scarcity?  What if we were to look at everything God has given us, all the grace with which our lives are animated, and instead of seeing who has more and what’s so unfair and how we didn’t get nearly as much as everybody else, seeing instead an opportunity to learn again…to say thank you?

Thank you, gracious creator, for the gifts of this life…for the grace of forgiveness, for the opportunity to live in relationship, for this beautiful, breath-taking world in which we live…thank you.

If we could manage to change what we see, we might just begin to usher in God’s kingdom here and now.  We might be agents of transformation.

Instead of creating systems that hurt and oppress, we might become people who begin to fix them.

Instead of being perpetrators of broken relationships and grave injustices, we might become people who make things right.

Instead of greedy consumers who destroy the earth on which we live for our own comfort and gain, we might become people who heal this planet and all steward the generous gifts of this world in which we live.

Instead of angry, grasping, broken people, we might be shaped into people who forgive, and heal, and make things right, and create communities of lavish generosity that fly in the face of the economies of this world, that offend folks who encounter them, that open wide the doors of welcome and invite everybody into God’s love and grace.

Because everything we have is grace—so much grace—grace upon grace, filled to overflowing, gift after gift after undeserved gift.

Just how might we be agents of God’s transformation in this world if only we learned to see what’s right there, spread out in front of us—life as a gift, and learn to say thank you?

October 3, 2014 The Shocking Un-Truth About Church Budgets
Recent Comments
2 Comments | Leave a Comment
Browse Our Archives
Related posts from Talk with the Preacher