Today is the final Sunday in the season of Lent, the last time we’ll be together for Sunday worship in this place this year before we celebrate Easter. For weeks now we’ve been engaging in holy conversations about our lives, about our faith, about how our faith is lived out in the world. And part of the practice of Lent has been to confess, repent, reassess our lives for reorientation in the way of Jesus. Today, as that somber time of reflection is poised to get desperately dark in the days ahead, we find ourselves, strangely, at a parade.

I love a parade.

It’s what living in New Orleans for any number of years will do to a person.

Leading up to Mardi Gras day there are weeks of parades, and residents develop strategies for annual parade plans. In the best scenario, the day of the parade dawns bright, sunny and cool; you have a friend who lives on the parade route—with plenty of parking and a restroom; and there’s tons of food to share. Excitement is in the air, the whole family is having a blast, the cares of real life are put on hold for just awhile. I’ve had many experiences like that one, and they’re enough to make you love, love a parade.

Veteran’s Day parade, Fourth of July parade, in my home town Kamehameha Day parade, and even here in the big city: the Macy’s Thanksgiving Day parade, there can’t be many of us who can’t recall memories of a parade. It may, in fact, even be a universal human feeling to love parades.

And this universal love of parades may be just the reason why you, and I, and all of modern Christendom, feel the compulsion to turn this Sunday, Palm Sunday, into a parade unlike any other.

Just think: we’ve built this story up to be one of our Sunday School favorites. All four gospels recount Jesus’ entry into Jerusalem—each one a little differently—but those four renditions plus layers of tradition and years of imagination have illustrated this event in Jesus’ life with waving palms, royal procession, and adoring fans. There was celebration and music, everyone cheering . . . parade!

I’ve always imagined Palm Sunday as the one last hurrah before Jesus gets in big trouble, the story about the people who almost had it right, but then changed their minds over the course of a week and, somehow, traded “hosannas!” for “crucify hims!”

But this is just the problem with trying to reconstruct an ancient story with a modern imagination, because there is a whole lot more going on behind the scenes of Mark’s story today than what I learned in Sunday School. Listen:

Taking all the little details from the different gospel accounts we can piece together, we know that before the events of our passage today Jesus has been in Bethany—a little village outside of Jerusalem, on the Eastern side of the city. Depending on which gospel you read Jesus was coming into the city for various reasons, but we know his trip happened during the Feast of Passover, remember, when Jerusalem was full of travelers. The crowds were thick and keeping the peace was the number one priority of Roman governor Pontius Pilate and his troops.

In fact, as part of the festivities of the week and in an effort to show Roman dominance, there was a planned procession—that’s right, a parade!—into Jerusalem, happening, coincidentally, at the very same time as the events our Gospel passage today. Not Jesus coming into the city, but another procession . . . on the other side of Jerusalem. It was Pilate himself, coming into the city from the Western gate, the big main gate that framed the bustling thoroughfare and set the stage for Pilate’s dramatic entry to garner a big audience and lots of attention.

That morning as families in Jerusalem packed up their water bottles and folding chairs and got ready for a parade, THIS was the one they were thinking of. It was a huge display with Pilate prancing in on a war horse and legions of Roman soldiers with their gleaming armor marching in concert. People lined the streets waving and cheering, families staked out places on the parade route just so they could watch the army make its way in. It would have been like a celebrity sighting—people craned to get a glimpse of the powerful regent who ruled the whole area where the city of Jerusalem was located.

And . . . the message of Pilate and the Roman Emperor was clear: it may be the Feast of the Passover, but this holiday was only being celebrated at the pleasure of the Roman rulers. And no Jew living in Jerusalem or visiting the city for Passover should dare to think of this as anything other than a nice little religious feast day, generously allowed to proceed only with the magnanimous and gracious permission of the Roman government.

The Gospel writers neglect to mention this fact because everyone reading their accounts, of course, would have already known the backdrop against which Jesus’ entry into the city happened.

But we didn’t know.

We didn’t know that when Mark said Jesus came into Jerusalem from Bethany, from the East side of the city, the gate he entered was a little gate in the back. It was not an entrance that was widely used or centrally located in the least. And we had no way of knowing that the little crowd gathered to cheer Jesus would be miniscule in comparison to the huge group watching Pilate’s parade on the other side of the city.

We didn’t know all of those things, but now that we do, we can begin to see that perhaps our Sunday School celebration of Palm Sunday as a cheerful celebration was not really like any parade we’ve ever been to . . . but actually quite a fitting start to what would be a week of the little and least powerful finding the courage to confront the biggest and the most powerful. It was the parade that conflicted with the other parade, a procession that was, in fact, more like a protest.

Pilate rode in through the main gate; Jesus rode in through the back. Pilate was dressed in his finery, riding a huge warhorse; Jesus had no armor with no Roman insignia . . . and his ride was the colt of a donkey. The people at the front gate pledged their loyalty to the Roman government and cheered the military might they saw. The little crowd at the back gate, led by children waving palms, yelled Hosanna—roughly translated “Lord, help us” . . . and followed it with the treasonous “Blessed is the coming kingdom of our ancestor David!” Everything about Jesus’ entry was a parody of the big parade going on right across town, the excessive display of human power led by Pontius Pilate and the powerful leaders of Jerusalem.

You may have learned in Sunday School that the people in Jerusalem got it that day. That’s what I learned, anyway . . . that for that one glorious moment everyone in Jerusalem understood who Jesus was and vowed to follow him, giving him the recognition, devotion and acclaim he deserved as the son of God.

It’s not so. It was a much more conflicted situation, a city divided; loyalties pulled in two directions. And anytime you and I start to think that the life of discipleship is like crowds cheering in the sunshine at a parade, we’d better stop and think again. It’s never been that easy to follow Jesus, even on Palm Sunday.

No, anyone in Jerusalem that day who managed to get through the crowds pressing in around Pilate to get to the other side of town, to the back gat 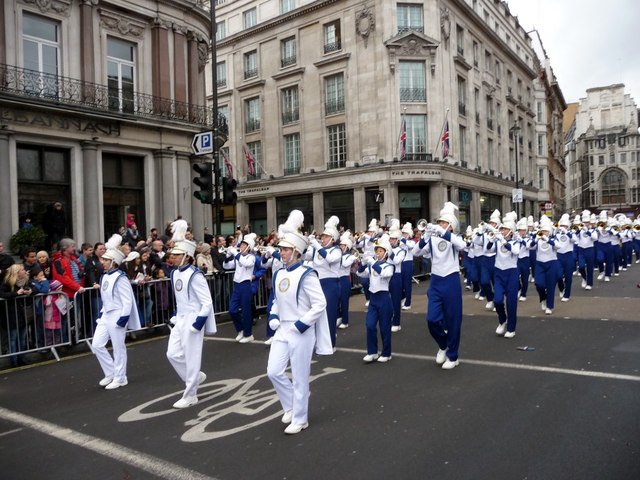 e in time to see Jesus led into the city on a little donkey knew . . . they knew for sure that what they were seeing was not a popular endorsement of God’s kingdom coming to be, but a visual demonstration of how much God’s way of life stands conflicted with the way of this world.

As Jesus entered into Jerusalem and headed toward the temple that day, the folks who fell in behind his parade knew that they were marching in a public protest, a tangible act of opposition to the human power and might parading just on the other side of town. They weren’t insincere in their following—they knew as they yelled “Hosanna!” that their cries were radical expressions of opposition and defiance.

Perhaps they did not know as they fell in behind him that they would march all the way through the city that week, out into the Garden of Gethsemane, into the courtyards of the most powerful men in society, and eventually up . . . up that hill to Golgotha. But they did know that this was the parade they would join. Not the parade of the status quo right across town, but this strange little band of defiant marchers who preferred not to sing the praises of the powerful but to follow the one who dismantled old structures and led them to adopt such defiantly unbelievable values like . . . follow, suffer, protest, believe . . . even die. They held on so tightly to the conviction that hope for the world is not found in human power, but in the radical way of Jesus Christ.

I love a parade. But maybe this parade isn’t quite what we’ve always made it out to be. It’s exciting—for sure. It’s filled with hope and promise . . . it’s filled with God, as a matter of fact. But walking this parade route won’t be fun or easy or exciting. It will be hard. And the week ahead is full of dark moments when we will question our decision to attend this parade instead of the big one right across town. We will feel conflicted. We should feel conflicted.

It’s a bright sunshiney day. We’ve been invited to a parade.

Today, with such a week ahead of us, we have a decision: will we pick up our palms and join this parade . . . ? For though this is the way of fear-filled suffering for sure, it is also the defiant path . . . to life. And that sounds like my kind of parade. How about you?

April 3, 2015 Around the Table: a Maundy Thursday Meditation
Recent Comments
0 | Leave a Comment
"Any updates with the blog ?"
Stanley Sabbath as Radical Witness
"I really, really, really liked this article. Thank you. ♥"
maguilar9855 When God Gets Political: Enough
"To the author/researcher: I am wondering if you uncovered a time when, as Dr. King ..."
Judith March Hardie MLK at The Riverside Church in ..."
"Church is boring."
Ivan T. Errible Sabbath as Relationship
Browse Our Archives