Amy Schumer and the Church: Reflections

This week has been another week of heart-wrenching news headlines, enough to make any thinking person despair for the state of the world. While Americans are preoccupied with misguided public servants tenaciously distorting the average American’s understanding of freedom of religion, refugees are desperately fleeing homes and even dying just for an opportunity to find lives of dignity. (If you haven’t read this poem, by the way, you must.)

Is the state of the world suddenly more dire than usual? Or am I just realizing how bad things are? It’s sobering. With these considerations on the forefront of the minds of many of us, you’d think I would here write a column of deep theological profundity, words that would address poverty and injustice and this distorted brand of American “Christianity” fouling our airwaves.

You would think that, but this week my deepest theological realization came when I saw the movie Trainwreck.

Do not judge me.

I think it’s fair to say this genre of film is not my go-to kind of entertainment, but in my defense I had three good reasons for going to see Trainwreck. The first is that it had been a long week, and I was seeking mindless distraction to unwind. The second: I am of late spending quite a bit of time with my newly minted Manhattan college freshman, so I’m trying to be at least relevant, if not occasionally cool. And, third, Amy Schumer lives in my city; how embarrassing would it be to run into her on the subway and not be able to speak intelligently about her first feature film?

For all of these reasons I set out to the theater last Thursday and prepared for what I expected would be a highly inappropriate and shallow but maybe occasionally funny evening of entertainment. To my utter surprise, I found the film multi-faceted, layered with an almost wistful truth-telling rarely seen in our modern relational cadence of posturing, covering up our humanity, and generally being deeply fake in most social and interpersonal interactions.

The film is about a young woman in Manhattan struggling to shed the baggage of her parents’ broken marriage, her own misguided and ongoing quests for affirmation from men, and what feels like success, but isn’t really, in her impressive but soul-sucking professional life. In the way that many overachieving folks do, she navigates all of these determined to be happy, only to find they leave her empty and sad and searching for anything that feels real, authentic, life-giving.

Upon leaving the theater, I had a sudden moment of clarity. I began thinking again about the ways in which we all, no matter how shiny the public identities we create, long to find places we can be every inch as real as we know how to be — and be welcomed and loved and even celebrated in all of that messy reality. 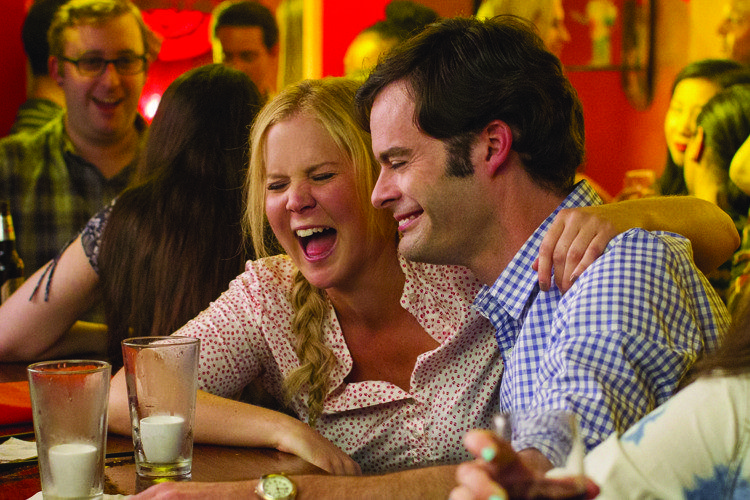 You can’t read the headlines this week and ignore the fact that the work of the church in the world is urgent, that speaking on behalf of those without a voice, rejecting hypocrisy in the name of Christ, and standing with the least of these are tasks that call us all to the best expression of who we can be as a community. But it occurs to me that we can’t really be the church — that messy, beloved, powerful community of Christ — until we have the courage to be authentic and to celebrate relationships that are real, relationships in which we bring to each other the best and the worst of who we are, to begin to model a radical and real love for each other that this world does not know but so desperately needs.

That’s what I was thinking as I left the theater. Let me be clear, I still wouldn’t advise piling the youngsters in the car to go see this movie. My Little House on the Prairie childhood just won’t let me put that recommendation in print so, adults only, please.

But there are lessons about life and faith everywhere we turn, if we could only see them, and Trainwreck reminded me again this week why we do the difficult work of faith community. We need each other to show us the all-encompassing, come-as-you-are love of God that perpetually invites us into better and more beautiful expressions of our created humanity.

If we could possibly manage that kind of authenticity with each other, I’m thinking: we could right wrongs and heal rifts and create a world in which everyone lives in peace and with dignity.

If we could possibly manage that, we could change the world. 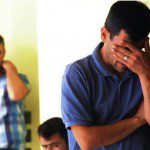