When Church Really Isn’t What We Think It Is

When Church Really Isn’t What We Think It Is January 26, 2016 Amy Butler

One of the best things about being a pastor is that over the course of experiencing the pastorate you can collect really great stories. Only some of those stories can be repeated in polite company, but that’s a topic for another column.

Among the stories we collect, there are many that live in our memories as potent reminders of the presence of God. And who doesn’t need a few of those every once in awhile? Sometimes — most times — I think pastors need them most of all. One I can tell in polite company is the memory of church in the snow.

That Sunday was a Sunday at the tail end of a huge snow storm — enough to call into question the wisdom of holding church at all, but not quite bad enough to cancel services altogether. That Sunday I carefully made my way down to the church, navigating unplowed streets with just a few other drivers crazy enough to be out in the weather, met my colleagues who had come in early to salt the sidewalks and turn on the lights, and waited to see if anyone else would show up.

I can’t remember exactly how many came that Sunday, but I do know that most attendees slogged their way through knee-high snow and probably came (10 percent) because they wanted to attend church and (90 percent) because, well, cabin fever.

For whatever reasons, they came. The small group of about 15 or 20 did not include the organist or any professional musician that I knew of, and none of the assigned lay leaders were able to show up either.

But you know how those snow Sundays go: everybody sits up in the first two pews. When it comes time, the pastor says, “Anybody want to read the Gospel lesson?,” and three people simultaneously volunteer. And it always turns out there’s someone who took piano lessons when they were 8. That day, I recall there was someone who gifted us with a one-handed version of Amazing Grace on the piano. And that Sunday we even had a few first-time visitors who fell in love with our congregation and came every Sunday after that.

If that’s not the Spirit of God showing up, I don’t know what is, because I took 10 whole years of piano lessons and I can’t manage a one-handed version of Amazing Grace (or anything else, for that matter). God was there for a one-handed Amazing Grace, and God was certainly there in the warmth and light and messiness and hope and utter, miraculous gift of community.

After worship that day, people who’d never met were hugging each other and setting out arm-in-arm to see whether the Starbucks down the street was open yet; I got an email later that afternoon from someone thanking me for the honor and opportunity of reading the Gospel aloud in church for the first time ever; and I was reminded — again — that sometimes what we think church is, isn’t really what church is at all.

Cut to 10 years later, just this past weekend.

An epic snowstorm hit the Northeast, and here we were again: at the tail end of a huge storm — enough snow to call into question the wisdom of holding church at all, but not quite enough to cancel services altogether. My colleagues came in early to salt the sidewalks and turn on the lights, then wait to see if anyone else would show up. Turns out this time a whole slew of professional musicians showed up, enough to pull together a pretty amazing snow-Sunday version of Jacob’s Ladder. Scheduled and last-minute lay readers came, too. Volunteers stepped up to move chairs around as the chapel filled with worshippers. Folks who couldn’t make it to church through the snow tuned in through audio live stream.

The only person missing was the scheduled preacher. Me.

Because of some mid-week travel, I happened to be stuck on the other side of the country, resigned after many conversations with various airline employees, to a few extra days in a warmer climate. On Sunday, while my congregation was slogging through snow and ice to make it to worship, I braved 65-degree weather to anonymously attend a regular Sunday church service with a little neighborhood congregation. And then, after church, I tuned into the live-stream audio and listened to the worship that had gone on in snowy New York without me.

Guess what I learned, again?

Sometimes what we think church is, isn’t really what church is at all. I could hear the clear voices of lay readers I’d never heard before. I marveled at Jacob’s Ladder with a skeleton choir. A gifted colleague stepped in to preach a sermon that stirred my soul. And I could hear it: God was there in the warmth and light and messiness and hope and utter, miraculous gift of community.

I’m back in town now, finally. But I think it helps, every once in awhile, to remember what church really is.

Read more about last week’s snowy Sunday at The Riverside Church in the city of New York. 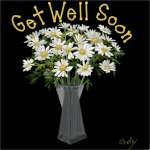 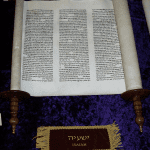 January 31, 2016 Jesus Offends Me
Recent Comments
0 | Leave a Comment
"Any updates with the blog ?"
Stanley Sabbath as Radical Witness
"I really, really, really liked this article. Thank you. ♥"
maguilar9855 When God Gets Political: Enough
"To the author/researcher: I am wondering if you uncovered a time when, as Dr. King ..."
Judith March Hardie MLK at The Riverside Church in ..."
"Church is boring."
Ivan T. Errible Sabbath as Relationship
Browse Our Archives