Stopped in Our Tracks

The damp chill of the night air began to burn off as the sky lightened and the sun climbed over the edges of the lake.  As the temperature rose, the smell of fish and water became sharper, the sound of lapping waves against the hull of the boat rhythmic and lulling after a long night of fishing.

The dew on the beach began to glisten and the whole scene looked sparkly.  To look out ahead you would have had to shield your eyes with your hand to see much further than a few feet in front of you.  The breeze was fresh, cooled by the water below it.  Birds woke up and began to soar overhead, crying out as they began their daily hunt for food.

Anyone on the lake that morning would have felt the possibilities of the dawn. In this newness, in this glossy morning on the beach, suddenly it began to seem possible that one might forget the struggles of the night before, the grief and loss and death, the uncertainty of the future that perpetually characterizes every human experience.

This is exactly where we find Jesus’ disciples this morning, just after crucifixion, after they’d seen Jesus appearing to them in the upper room, after they’d been confronted—threatened, you might say—with the possibility of resurrection.  But then, after all of that—the pain and fear, the grief and exhaustion, the hope and possibility…they didn’t know what to do.  They’d heard of resurrection; they’d even seen Jesus appear to them in various expressions.  It was like: one day life unfolded with a familiar rhythm; the next day, everything—everything—had changed. 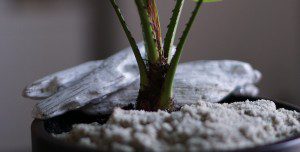 But even they knew they couldn’t stay in a locked room forever, waiting for they didn’t know what…trying to imagine and live into a reality that did not exist in anybody’s experience that they knew of.  Life goes on, you know, and the implications of resurrection, while a nice idea to imagine after the horror they’d just experienced, were too scary to get their minds around.

Not just because that’s not what we know about human life.  But fundamentally because if resurrection was true—if the power of recreation, new life, possibility, hope, future began to be unfurled in their lives and in the world, well, can you just imagine what would happen…?

And so the disciples finally unlocked the door and came down the stairs, back to regular life.  What that was, of course, was what they’d been doing their whole lives: fishing on the lake. They came out of the locked upper room, but their hearts we still locked—unable to welcome resurrection, not so much because they couldn’t believe it happened, but really because resurrection was such a threat to the careful order of their reality.

And out on the lake that morning, busily living as they’d always had, they heard a voice calling from the shore—a man they couldn’t quite make out squinting through the glitter of the sun on the water.  He asked them about their catch from the night before, and they held up empty nets to show him—nothing.  Not one fish.  “Throw your nets on the other side,” the man on the shore called.

Who knows what made them try it after such a long, frustrating night, but they did.  And as the nets filled with fish, so many fish the nets began to tear, a realization settled over them, stunning them into awareness.  There, on the beach, it was Jesus.  Jesus showed up and stopped them in their tracks.  He threatened them with resurrection.

And we heard the story of Saul…well-meaning, self-righteous, letter-of-the-law Saul, religious leader of the ultimate pedigree, was also threatened by resurrection.  Saul was an up-and-coming leader of the temple, full of promise and political potential.  He was a both a Jew and a Roman citizen, a zealot who loved rules and policies and order.  And while he’d been bothered by the little group of rabble rousing followers of the rogue rabbi Jesus, all these rumors of resurrection had him up in arms.  To keep order, to preserve the status quo, to maintain life in the safe and well-ordered way he knew, Saul was now determined to root them out—to get rid of them altogether.

In fact, post resurrection, Saul had already been busy.  Orchestrating terrible (but justified, in his mind) things like the stoning of Stephen, Saul lived his life “breathing threats and murder against the disciples of the Lord.”  His latest efforts included the acquisition of letters of introduction to the synagogue in Damascus, where in our passage today he was headed to try to instigate another public execution, to send the message that the followers of The Way, Jesus’ radical message of love and reconciliation, would not be tolerated.

And as he hurried down the dusty road to Damascus that day, hot sun overhead, you know he was stalwart in his conviction.  He knew the purpose and focus of this life, and it was to return things to the order he knew, to stamp out rumors of resurrection, to stop the followers of the Way before they gained any more ground.  It wasn’t that Saul didn’t believe in resurrection; that wasn’t even on his mind.  It was that if even the mere suggestion of resurrection—of recreation, new life, possibility, hope, future—began to be unfurled in his life and in his world, well, everything about who he was and how he lived his life would have to completely change.  To gain the possibility of resurrection, he would have to lose so much: control, certainty, position, façade…and that was downright threatening.

And there on the dusty road in the hot sun of that afternoon, as he hurried along going over and over strategy in his head no doubt, suddenly it was like something hit him—just knocked him off his feet!  A bright light, brighter than the hot sun above, shone right in his eyes and immediately blinded him.  As he knelt in the dust of the road covering his eyes from the light, he heard a voice speaking to him.  “Saul, why do you persecute me?”  It was Jesus.  Jesus showed up and stopped Saul right in his tracks.  Jesus threatened Saul with resurrection.

For the disciples and for Saul…and maybe for us, resurrection is much worse than a vague hope.  It’s an outright threat.  If resurrection were true—if we really embraced the possibility that God is at work in this world fixing, healing, bringing things, relationships, people to life that we thought were long dead—if we had the courage to even consider the possibility of resurrection…everything would change.

Resurrection would totally transform the way we interact with each other; it would reorder the priorities we keep; it would shift the way we spend our money; it would cause us to speak up against injustice we’ve long ignored, preferring to languish in comfortable certainty; it would challenge us to get involved, to live in such a way that we care for each other and for our earth; it would instruct us to live in community in ways that are life-giving instead of power-grabbing; it would ask us to reconsider what we do with every single day of our lives; it would change every fundamental thing about how we show up in this world.  In short, resurrection would outright threaten everything.

It’s not really a question of whether or not we believe in resurrection. It’s more that if resurrection ever became real to us, well, some fundamental things would need to change.  And that feels like a threat.

In the light of the resurrection threat, we can choose to stop in our tracks and go a totally different direction.  A fear-filled and uncertain direction, for sure.  A direction we never thought we’d go, even in our wildest imaginations.  A direction that doesn’t make sense to many people, that is, in fact, a bit threatening to the systems of the world in which we live.  A direction…that leads to life.

Or…once threatened with resurrection we can continue to live locked away, immobile in rooms filled with fear, so afraid of a change we cannot see that we are driven eventually to lives of self-righteous anger, limited perspective, and death.

The choice is ours to make, because Jesus has shown up and threatened us with resurrection.

In our own lifetimes, emerging from the horror of genocide and war, the brutal pillaging of a country and an indigenous people at the hands of national and international powers of terror, are voices like the voice of Guatemalan teacher, principal, pastoral counselor, poet and human rights activist Julia Esquivel- de Velasquez.

While her native Guatemala experienced the legacy of greed and destruction, Esquivel watched as thousands and thousands of indigenous people groups were savagely murdered, villages literally wiped off the face of the earth in massive and arbitrary expressions of brutality.

Speaking into some of the most appalling human rights conditions in the world, from a place where many children never lived to see their first birthdays and people were brutally murdered with impunity, where the pillaging for profit of indigenous lands, the forced labor of indigenous people, and violent racism decimating native people was the order of the day, Esquivel stood as a witness to God’s love and compassion, speaking words of justice and truth, calling for change.

And her work was a threat.  She was habitually harassed by authorities, narrowly escaping kidnapping, arrest, and assassination.

No surprise here; Julia Esquivel- de Velasquez expected all of that. In her work the poet suggests that violent and powerful forces are threatened…by resurrection. That it is the very suggestion of life and possibility, of the reign of love and justice in the world, the mere suggestion of resurrection…that threatens powers and systems that must be stopped in their tracks.  Systems that must change.

The words of the poet:

though weary of killings,

an endless inventory since 1954,

yet we go on loving life

and do not accept their death!

… because in this marathon of Hope,

there are always others to relieve us

who carry the strength

to reach the finish line

which lies beyond death.

Join us in this vigil

and you will know what it is to dream!

Then you will know how marvelous it is

to live threatened with Resurrection!

to live while dying,

and to know ourselves already resurrected!

Christ is risen…Christ is risen, indeed.  And because of that, we have…our world has…been stopped in our tracks and threatened with resurrection. Now the question is: will we change? 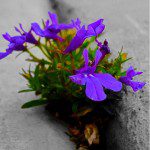 April 13, 2016 A Prayer After Resurrection
Recent Comments
0 | Leave a Comment
"Any updates with the blog ?"
Stanley Sabbath as Radical Witness
"I really, really, really liked this article. Thank you. ♥"
maguilar9855 When God Gets Political: Enough
"To the author/researcher: I am wondering if you uncovered a time when, as Dr. King ..."
Judith March Hardie MLK at The Riverside Church in ..."
"Church is boring."
Ivan T. Errible Sabbath as Relationship
Browse Our Archives
Related posts from Talk with the Preacher