We find ourselves this morning grappling with a difficult text overlaid with so many mixed emotions carried into this sanctuary by each one of us after such a week.  We’re cheering the launching of our children into the world–appropriate for this Father’s Day; and we’re wondering exactly what kind of world we’re launching them into as we mark the first anniversary of the massacre in Charleston in the wake of yet another act of bigotry and gun violence against the LGBTQ community in Orlando this week.  What is our world coming to? What solace or mandate could our faith possibly offer in all of this?  And what can we DO?

Of the three sermons, this one is the most important.  Did you hear me?  This one is the most important.  Think about what happens when you throw a pebble into a pool of water: the water ripples with the wake of the stone hitting its flat surface.  Today we turn our gaze internally, because really, it’s in the conversations we have over the kitchen table at breakfast time that we either choose to love…or not…and the ripples of those choices extend far beyond those day to day interactions, impacting the whole world around us.  In short, love, or hate, begins at home–with whomever home is for you.

It’s truly the preacher’s delight this morning to be presented with two of perhaps the most hated and misused Bible passages in the entire history of the Bible.  The temptation when facing passages like the ones you heard this morning from 1 Peter would be to studiously avoid them, as Thomas Jefferson did when he took a pocketknife and painstakingly cut out the passages of the Bible he didn’t like.  All I can think is that Thomas Jefferson must have had an awful lot of free time, and I also have to wonder if we take Holy Scripture and read it to suit our own whims, might we just be missing something?  In fact, we preachers learn in seminary that if you feel the compulsion to avoid preaching a passage, then you’ve got to preach it.

And so, resigned, we have before us this morning two passages of 1 Peter that can be summed up in three words, “obey and submit.”  “Slaves, obey your masters,” and “wives submit to your husbands.”  Nice.  You and I both know that these verses about slaves were used in our country to justify the owning of slaves, the perpetuation of the institution of slavery, and the secession of states from this country.  And you can even this very moment, look on the Internet to find “Christian” websites advising women in abusive situations to stay with their abusers because “the Bible says to submit to your husband.”

These interpretations of this scripture are perfect examples of pretty shoddy biblical exegesis.  And, they are also illustrations of how one might use the biblical text to exert power in a relationship that allows one person to gain and keep control over another.  If this sounds suspicious to you, you would be right to stop and think a little harder, because anytime the Bible is quoted to defend behavior that is not motivated by the law of love, something is very, very wrong.

Let’s put our biblical scholar hats back on for just a minute to look again at this text, remembering that it is never a good idea to use the Bible as a code book for moral behavior.  Our ancient text is just that: ancient text, expressing the cultural context in which it was written.  The holiness of the Bible is the truth that transcends any cultural milieu, and it’s our wise and faithful work to extract deeper truths from a text steeped in the culture from which it springs.

Recall that 1 Peter is a letter written to Gentile converts to Christianity who were beginning to feel the sting of persecution all around them.  Their little communities were growing at a rapid pace, and that growth was a bit threatening, not only to the powers that be, but also to the social structures that made up the society in which they lived.  There were rising tensions, then, in households where “some individual members, slaves or wives for example, had converted to Christianity (seen as a suspicious new Eastern cult) without the head of the household, or the household as a whole, having done so.”  (Horrell, David G., New Testament Guides: 1 Peter.  London, GB: T&T Clark International, 2008, 78.)

Household members–slaves and wives alike–were expected to follow the same patterns of religious observance as the head of the household.  It wasn’t religion as a matter of conscience or devotion, as we generally understand it–it was religion as a social construct.  So you can see how it would be threatening to those in charge when people in their households, for whom they were responsible, suddenly began to veer off course, and even worse, to embrace a religion of devotion that proclaimed everyone free and equal!  As the threat of persecution pressed in around them, the writer of 1 Peter urged these new Christians to behave in their daily relationships with love and kindness, almost as if to say: the way you behave in your everyday life–even the smallest interactions–can reflect the love of Christ.  Or not.  You can never control how others behave, in other words.  But you sure can control how YOU behave.  He wrote: “All of you, have unity of spirit, sympathy, love for one another, a tender heart, and a humble mind.  Do not repay evil for evil or abuse for abuse, but always repay with a blessing.  It is for this that you were called.”  It is for this that you were called.

Apologies to centuries-old racist and misogynistic readings of these passages, but I’d like to reclaim them.  In short, these passages are not about slavery, and they are not about marriage.  They are about choosing to behave in our daily lives with behavior that reflects the love of Christ.  That is what we can do when the world seems like it’s falling apart.  This is how we change the world, one interaction after another…because the way we behave with each other determines the world we are building right now.

As with most mainline denominations in America, in the years leading up to the Civil War Baptists in America were deeply divided over the issue of slavery.  In order to preserve the denomination, abolitionists and defenders of slavery maintained tenuous ties by adamantly refusing to address at the denominational level the most urgent moral crisis of the day.

At a local level, however, in personal interactions with each other, Baptists were taking firm positions on the issue.  In a letter to the Governor of South Carolina in 1822, Richard Furman, pastor of the First Baptist Church of Charleston and President of the State Baptist Convention, composed a lengthy defense of slavery.  After exegeting several biblical passages he believed supported his position, including the text we heard from 1 Peter today, Furman concluded: “the holding of slaves is justiﬁable by the doctrine and example contained in Holy writ; and is, therefore, consistent with Christian uprightness, both in sentiment and conduct … A master has a scriptural right to govern his slaves so as to keep it in subjection; to demand and receive from them a reasonable service; and to correct them for the neglect of duty.” (http://facweb.furman.edu/~benson/docs/rcd-fmn1.htm)

Powerful words, and not words, I’m thinking, that quite represent: unity of spirit, sympathy, love for one another….  No, more like: words that represent the exertion of power in a relationships for the purpose of gaining control over another.  And that power and control…led to violence.

The context in which Furman’s words were written was this: the city of Charleston, and by extension the state of South Carolina, had been shaken to its core when it was discovered that slaves, led by their pastor Denmark Vesey, were organizing a rebellion to gain their freedom. The governor of South Carolina reached out to Rev. Furman for help, asking him to write a “moral and religious” defense of slavery that could be used and circulated in the wake of that attempted slave revolt.  And so, with the full support of the state of South Carolina and the words of a Baptist minister, the leaders of that rebellion, including Denmark Vesey, were executed and all black churches outlawed.

The church where that rebellion was planned and whose founder was Denmark Vesey, of course, was Emanuel AME Church in Charleston, South Carolina.  And almost 200 years after Richard Furman wrote those words, on June 17, 2015, a gunman entered Mother Emanuel church and brutally murdered 9 African Americans in a terrifying expression of deep seated racism and hatred.

Did Richard Furman know that his words would result in the execution of the founders of Mother Emanuel Church?  Did he know that almost 200 years later, a descendent of those who’d heard words like his preached in the pulpit and public square, in living rooms and across the kitchen tables for generations, would walk into that same church with a gun and kill 9 innocent people?  Do not be deceived: the words we say, the actions we take, even in our most intimate relationships, have resonance and power.

The sin and brokenness of our world lies heavy upon us this morning.  Sometimes we feel powerless in a world that seems to have gone crazy.  If that’s how you feel this morning, may I suggest this?  Before you or I take one step outside our homes or our houses of worship, before we pick up a protest sign or post an outraged status on Facebook, let us turn to the people sitting right next to us in these pews, or across the kitchen table at home, and let us be sure that the words and actions we use with each other reflect unity of spirit, sympathy, love for one another, a tender heart, and a humble mind.  Because our words have power, and our interactions with each other ripple out far beyond us into a world that is waiting for us to show how love can heal us all.

The words of the poet Maggie Smith, slightly modified:

Life is short, though I keep this from my children.

Life is short, and I’ve shortened mine

in a thousand delicious, ill-advised ways,

I’ll keep from my children. The world is at least

estimate, though I keep this from my children.

For every bird there is a stone thrown at a bird.

For every loved child, a child broken, bagged,

sunk in a lake. Life is short and the world

is at least half terrible, and for every kind

stranger, there is one who would break you,

though I keep this from my children. I am trying

to sell them the world. Any decent realtor,

walking you through a real [dump], chirps on

about good bones: This place could be beautiful,

right? You could make this place beautiful. 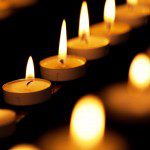 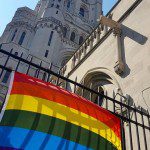 Evangelicals Are Attracted to Conspiracy Theories—Why?
Divergence
Related posts from Talk with the Preacher