The Election is Over. Stop the Silence.

The Election is Over. Stop the Silence. November 29, 2016 Amy Butler

Objectively speaking, there has been very little in the political world that one might call good about the months leading up to the election. Now that the election is over (sort of), for Christian leaders everywhere there is at least one very, very good thing. Here it is: Donald Trump is no longer a candidate for president.

The whole election I have heard Christian leaders invoke the separation of church and state as their reasoning for staying silent at critical junctures or not addressing important issues raised by Trump’s candidacy. 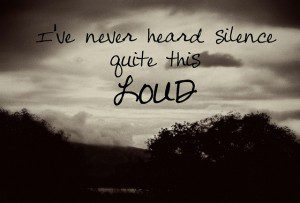 But don’t forget that the election is over now, and the separation of church and state does not limit the ability of religious institutions or leaders to critique the state or the people who occupy positions of leadership in government.

This is where many of my colleagues will say that they are called to be pastors, not politicians. We came to this line of work in order to care for people — and politics is too divisive, especially in congregations with mixed partisan leanings. But there are too many important issues affecting the lives and well-being of so many Americans, including our congregants, to not speak.

We ministers are on the front lines, triaging the trickle down impacts of our national policies. This means, yes, we must make the hospital visit when a congregant is beaten up on the side of the road. But are we really doing our jobs if at some point we don’t also stand up and call for safer roads to keep our people from being assaulted in the first place?

For too long we’ve allowed polite dissension and fear of offending to dilute the religious voice, almost to the point that is has no significance in any national conversation. And if you’re wondering why the institutional church is in decline, maybe it has something to do with the fact that what people are hearing in the pulpit has nothing to do with what’s going on in the rest of their lives. The time for complacency is over.

And it’s over particularly because of the vitriol and hatred and fear we’re being fed in news coming out of our now-elected new president’s camp. It’s time to take off our “Make America Great Again” hats and put on our crosses, because it’s the Christian voice that is going to have to rise to the fore in this conversation.

The election is over, and we’re no longer Republicans or Democrats; we’re Christians. We may disagree about how to handle issues, but we share Christian values. And as Christians we cannot allow some of what we’re hearing proposed to become normalized.

Inequitable amassing of resources, for one. Were Jesus here he would surely take issue with American excess. He stretched a little kid’s lunch to feed 5,000 people after all, and I don’t recall him ever expressing concern over limited resources and whether or not he would have enough for himself. Jesus would speak up — and as a matter of fact, he did — over laws and policies that line the pockets of the rich and cripple the poor. We can’t say we’re his followers unless we do that, too.

Disregard of neighbor. I don’t recall one incidence of Jesus excluding, demeaning, or marginalizing anyone, especially anyone different from him. By contrast, he spoke of and lived an ethic of welcoming the stranger and including the outcast, even when he was criticized himself. As Christians we fundamentally believe that welcoming and caring for our neighbors is part of following Jesus, so we will not participate, either by our endorsement or our silence, in any efforts that hurt our neighbors or put them at risk.

Misogyny. Jesus never talked about women as objects, sexual or otherwise. By contrast, he welcomed women into his inner circle, he listened to them, he healed them, he gave them positions of respect and leadership — all within a society that did not value them for anything other than property. As Christians we must not stand by while women are sexualized or language demeaning, violating, or dismissing of women is used by our leaders or reflected in our laws.

The time for talking (or being silent) about politics has come to an end. It’s time now to decide whether we’re serious about leading communities of Christ-followers or falling in line with political ideologies that violate everything we hold sacred.

The day after the election I was sitting in my colleague Michael’s office, wondering aloud what the results of the election meant for our work as the church. He said something I will never forget. He said: “You know, we’ve been working together here for two years, giving everything we have to help this church get healthy. All this time we thought we were working so hard to insure the health of the institution — both this one and the Church with a big “C.” But maybe that’s not what we’ve been working for after all. Maybe this election has created a moment in which we will have to decide whether we really believe what we say we believe as Christians. Maybe this is the moment we’ve been working for our whole lives.”

This column was published first at Baptist News Global. 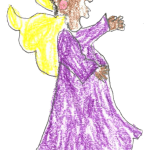 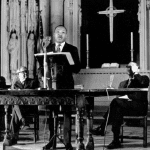