How to Survive in Today’s America: Become an Evangelical

I proudly call myself an evangelical, though some argue that point with me. The bottom line is that I believe loving God and loving our neighbors can change the world, and that’s good news. Evangelical.

That being said, I have worked long and hard to temper the evangelical mindset I was given, a mindset that taught me everything in the world is easily parsed into crisp categories. These categories include but are not limited to: holy, sinful, heavenly, worldly, Christian, unchristian, etc. Live long enough and you learn that human experience doesn’t always part down the middle, that marriage isn’t forever and rules of ancient biblical cultures don’t translate easily to modern life and not all Democrats are going to hell. Shades of gray, they call it; nuances. And going through life without them makes one bullheaded and very often lacking in joy.

I don’t prefer to be bullheaded and lacking in joy, so my grown up religious expression appears to be less evangelical by these traditional measures. However, I’ve been increasingly turning back toward the lessons of my evangelical upbringing for help navigating the moral, political, and social disaster that is currently the United States of America. It’s surprising that I’d return there, since people calling themselves evange 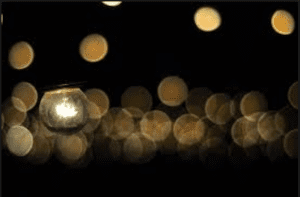 licals are public champions of pretty much everything Jesus abhorred and I spend my Sunday mornings preaching against: hurting your neighbor, amassing wealth, perpetrating violence, prizing individuality.

But in these moments of ridiculously crass political and religious discourse, I’m finding that a turn back toward clear evangelical parsing is helping me make sense of the world. It doesn’t really matter what your political affiliation or geography or religion: we all are choosing these days whether we will be bearers of light or bearers of darkness—people who live exhibiting high expressions of human kindness, or the love of God, or people who wreak havoc and create chaos and practice destruction. These images of a person who carries either light or darkness can sound a bit like background to the Star Wars saga, but they are actually quite biblical. Recall these familiar words from 1 John: “…God is light and in God there is no darkness at all. If we say that we have fellowship with God while we are walking in darkness, we lie and do not do what is true; but if we walk in the light as God is in the light, we have fellowship with one another…”.

I think this clear distinction is rather helpful these days. For example, instead of arguing over which sexual predator is the worst offender, bearers of the light in this world will always lead with the strong affirmation that exploitation, abuse, and harassment of anyone is not a character trait we’d like to see in our leaders. Want to argue the intricacies of immigration law? Not me. I want to pull way back and say that being a bearer of light in the world always means welcoming our neighbors with care and generosity. If you make more money, you should pay more taxes, because we live in community and we have a responsibility to care for each other. Light-bearers know this, of course. In a civilized society we are armed with kindness, not with spewing, hate-filled insults and definitely not with semi-automatic weapons, because we are bearers of the light.

The times are too urgent now to allow the gradual erosion of all we hold dear by those who insist that bearing the darkness is only a nuance—just another shade of reasonable political discourse. It is not. Things are so bad that it’s time to go back to the beginning, to start with two clear categories:

Some people show up in the world peddling hatred candy-coated with faux moral outrage and greed disguised as rugged individualism. They practice and require uniform political and religious rhetoric. They trade truth for expediency and decency for unmoored self-righteousness. They will stand up and declare wrong right without even blinking an eye. They are bearers of darkness.

And some people walk in the world with open hands and open hearts. They listen to the stories of those who are hurt by abusive people or abusive systems and they work to make sure the most vulnerable are protected. They insist on truth told with kindness and principled commitment to core human values. They will stand up for what is right no matter what it costs. They are bearers of light.

I’ve decided I’m going to stop paying attention to the emperors of this country who walk around naked as if that’s a perfectly normal thing to do, bearers of a darkness they hope will cover their exposed and rotting souls. I don’t want to do that; I don’t want to be like that. Instead, I want to watch and follow and be a bearer of light in the world.

And it seems to me that these days, it’s just that simple of a choice.

November 19, 2017
How Should the Church Talk About Money?
Next Post

November 26, 2017 Longing For Home
Recent Comments
0 | Leave a Comment
Browse Our Archives
Related posts from Talk with the Preacher