From #MeToo to #ChurchToo to #NeverAtChurch

When I first came to The Riverside Church in the City of New York, there were a lot of stories about the fact that I was the first female senior minister to step into this historic pulpit. In nearly every interview I got the question: what is it like to be a woman in this role? And my standard answer was that I wanted to be known as a pastor who happens to be a woman, not a woman pastor. In the age of #MeToo, my answer is still true, but I realize now it was also naïve.

Of course it matters if women are in leadership. It matters if only because it means we finally have the power to change systems that for so long had kept us silent.

A while back, when I still felt relatively new to Riverside and was trying to establish myself, I had an exchange with a lay leader, someone influential in our congregation, that left me feeling deeply uncomfortable. He made inappropriate comments and, when I confronted him, dismissed my concerns out of hand. I told a few close friends about it, felt consoled by their outrage, and then brushed it aside. Why? Because this is what I have done my whole entire life. Yes, #MeToo.

But then I started to notice other incidents occurring around the church, incidents that involved other women on the staff who reported inappropriate and unwelcome interactions with that same lay leader. And one day, witnessing another exchange I found unprofessional and uncomfortable, I had the realization: I wonder if this one lay leader has been allowed to continue behaving inappropriately because I did not report the incident that had happened to me several months before?

My heart sank and I was suddenly aware that the lessons I had learned my whole life — lessons of “just get used to it” and “experiences like this are part of being a woman in leadership” —  should not be a posture we assume in a community that claims to follow in the way of Jesus Christ.

So I did something I have never done before: I reported the incident that happened to me. I followed the policies in our handbook and shared my reasons with my colleagues, who then decided to report too. It wasn’t easy to make myself vulnerable, or for my colleagues to tell their own stories. And it hasn’t been easy for church leaders, who are all volunteers, to step up and insist that behavior that formerly might have been brushed under the rug must now be examined in the light of day and appropriate action taken to insure it does not happen again.

I decided to lead us down this path because I believe that there is power in transparency, and there is power in talking about navigating the complexities of life together in a faith community. And, perhaps addressing the reality of these damaging situations becomes even more likely when we realize that even the senior minister experiences them, too. The result in this particular situation is that the leader in question was found to have violated our policies, and the church took action to protect our staff and to ensure similar incidents do not happen in the future.

In reflecting on this experience, I have to wonder if perhaps it’s time for women in leadership to speak up about their own experiences even more — with courage and in ways that have not been done before. Because here is the reality and there’s not really any nice way to say this: incidents of inappropriate workplace conduct, harassment, and potentially even abuse are happening in your church.

If the #MeToo movement has revealed anything it is that no corner of our society is untouched by the insidiously pervasive and deep-seated devaluation of women’s worth and dignity. The latest to fall in the Christian world has been Paige Patterson, former president of the Southern Baptist Convention, who once advised a woman to stay with her physically abusive husband.  These resurfaced recorded comments have prompted numerous voices within the Southern Baptist Convention and conservative evangelical circles to step forward to say that violence against women must never be condoned. Evangelical columnist and former Bush speech writer Michael Gerson points to the responses to Patterson and a viral post by conservative author Beth Moore as “Evangelicalism’s #MeToo Moment.”

But, as I’ve noted, attitudes and acts of misogyny and sexism in the church do not exist only in conservative evangelical congregations or even only in congregations led by men. They can happen even in our liberal, all-are-welcome, justice-seeking churches, and this includes even the bastion of progressive Christianity in America, The Riverside Church in the City of New York.

In addition to the incidents I mentioned, in the course of my time in leadership at this large congregation we’ve experienced unacceptable interactions between members of our community and we’ve had to enforce Safe Sanctuary policies to keep our kids safe. We have had to confront difficult situations, engage in some hard conversations, and consider how the values we claim are reflected in clear and comprehensive policies — all while holding in tension an unwavering commitment to protect members of our community with the gospel invitation to all of us to repentance, forgiveness, and redemption.

Assault and violence are always wrong and can never be tolerated, no matter what Paige Patterson may say. Inappropriate workplace conduct and harassment of or by clergy and church staff should likewise never be tolerated.  Here at Riverside we are striving to model what a faith community should be: a safe place for everyone.

Institutions like the church are slow to adopt modern standards and their leadership structures are often designed to preserve power and avoid conflict. And this means we don’t always get things right. However, we cannot allow the complexities of these situations to keep us from acting, effectively sending a message to the world that the church does not value women.

Dealing with sexual harassment and abuse in the church is hard, and I remember almost every day that I don’t have all the answers. But I do know that we have to do better than we have done. And that starts by being willing to talk openly and honestly, and to act with courage to make sure the church is a place of safety and flourishing for everyone.

It’s time for those of us committed to changing inappropriate conduct, harassment, and abuse in the church to speak up and say: it’s true, #ChurchToo. Now let’s lead the change so the church can use a new hashtag: #NeverAtChurch. 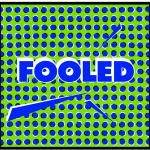 May 23, 2018 Dressing Up Faith
Recent Comments
0 | Leave a Comment
Browse Our Archives
Related posts from Talk with the Preacher