Magical Hierarchies Are Good: How To Work With “Blind Forces” And Spirits

In a few of my earlier blog posts, I discussed some of the joys of debugging spells and when a few of them went wrong. One example I’ve referenced was my continual effort to make Jupiter talismans, and how “coincidentally” my basement flooded every time I tried.

The reality is that when you’re working with planetary, elemental, and other sorts of forces associated with a particular archetype or aspect of nature, they are known as “blind” forces. What this means is that you’re working with energies that possess a level of intelligence but are wild, part of nature, and do not think on the level that we do–presuming that they can think at all. They are neither good nor bad, and when unleashed without any assumed guidance or control they can wreak havok. In magic, you can call on a particular god or gods, your HGA, or any corresponding angels or archangels as a means of working with a hierarchy. It’s not often necessary, but in cases where you’re working with a blind force it’s absolutely recommended.

In groups like the Hermetic Order of the Golden Dawn, they teach you hierarchical levels of magic and different correspondences in regards to those levels. For example, each planet has a corresponding intelligence, spirit, angel, and archangel associated with it. Calling on each in the hierarchy can help to control the overall influence of the planetary energy you’re invoking, and direct it accordingly.

Essentially I was doomed to keep on flooding my place whenever I worked with Jupiter until I began calling on a “boss” of that planetary energy, in my case I called on Zeus. Since then I’ve been doing exceedingly well with working with Jupiter energies and now have a regular shrine that I feed often and on it are statues of both Zeus and Hera.

Such thinking also helps with doing any sort of spirit work, either in appealing to a “higher up” of that spirit to make sure it stays in line or in a reverse case, when calling on a ruler/king/queen of their particular domain and asking them to send one of their helpers, guides, or servants to assist with your issue. Knowing when a problem you’re requesting help with is not something you would trouble a major player with can go a long way to get it resolved without offending that particular spirit. Working with Jinn kings is a good example of this. They’re kings; you’re not going to expect them to personally handle your crap. Same goes for any interaction with the faeries and contact with faery queens. Instead, it’s best to request that they send one of their own to aid you in your work.

In ancient Greece it was often believed that gods would employ their personal daemons to assist people and deal with them more directly. There are a number of gods who are associated with specific daemons or spirits as part of their retenue. Knowing their names or even if they have names isn’t important, and if they are more manifest than the god they could be extremely useful and important to you. If they have known specialties which pertain directly to an issue you want to do magic on, you can call on them directly in order to assist you and do it in the name of the particular god they fall under.

Knowing hierarchy is not unlike magical or spiritual diplomacy. Like in more mundane aspects of life, it’s not just what you do but who you know. 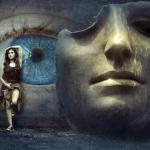 March 15, 2018
Alchemy, Magic, Spiritual and Personal Development, And You
Next Post 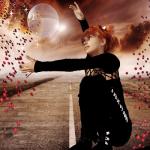