Why I Absolutely Loathe And Despise The “Maiden-Mother-Crone” Model

Why I Absolutely Loathe And Despise The “Maiden-Mother-Crone” Model July 19, 2018 River Enodian

In my recent blog post on the objectification of women in the Craft and other occult circles, I briefly touched upon the notion of “Maiden-Mother-Crone” which I’ll be abbreviating as MMC for the duration of this post. MMC is a well known modern depiction of female divinity, most specifically that of the patron goddess of the Wicca, frequently used in Wiccan groups both of the initiatory variety and non.

MMC is also known as “the Triple Goddess”, and was essentially derived by Robert Graves in his poetic work The White Goddess. Yes, once again, we are relying on a man’s interpretation of women and the divine feminine within our respective traditions. All that aside and to be fair, he was ahead of his times for that era. Back in the day, the notion of making sacred any aspect of being a woman, I am sure, was liberating and progressive. Finally, female can be divine! Female can be good! Female can be celebrated! And of course, don’t all women go from being a young woman, fresh in her prime and not yet married and no kids to that of bearing a child and finally, to no longer being able to bear children? Of course in this day and age we know better than that, as not all women are getting married and having kids. Some of us have gone on to do entirely different things with our lives. This isn’t to say that having children is bad and motherhood isn’t to be honored and celebrated, but we are so much more than just that and mothers have lives and identities outside of their children, too. There’s room for you too, mothers–but there’s always been room for you because you have long considered to be the default female role. Why should women be all about our wombs and what we do or don’t do with them? And why are we still relying on an outdated model created by a man in a culture that we no longer live in let alone can relate to in this day and age?

As I stated in my original post: “Women are more than their bits and fertility status; this is offensive to cis and trans women both. This is why the “Maiden-Mother-Crone” model has always left me cold–I avoid it like the plague.” From women who had hysterectomies to those who have never had a womb, for those who choose not to have children, and for those who have tried and failed to conceive, why should any woman–let alone a goddess–be reduced to the role of simply “childbearer”? Why should our status be centered around that of having kids? Haven’t we in the twenty-first century gone past the notion of women just being caregiver and childbearers and are so much more? Why reduce goddesses to a standard that we ourselves have long since moved past?

There are people who have tried to amend MMC by adding a Warrior aspect. Honestly, this is the only aspect I could possibly relate to. Who wouldn’t love goddesses such as Athena, the Morrigan, or Sekhmet? I still feel that it falls short of fully embracing the notion that as we evolve as a culture and our notions of gender, femininity, and sexuality evolve, why shouldn’t our notions of the witches’ goddess? The men get a hero’s journey in their god, hunter and hunted. Shouldn’t we rethink our approach to goddess worship in order to see the divine feminine as being so much more?

My tutelary deity is Hekate who is also a triple goddess, but not MMC. Her triplicity is a reflection of the three-way crossroads, the liminal space between the worlds. There is far more magic in women than that of just childbirth, and we have countless goddesses who accurately reflect that. If we need to take these old stories from ancient times and better fit them to make our own new, modern myths for the divine feminine, then now is the time to do so. Athena may be a virgin goddess of battle strategy but she also is a weaver; how is this not an example of creativity and creation? Why haven’t we given greater thought about examples such as this? And if you still love certain aspects of the MMC model and want to rethink that triplicity from a different perspective, there’s something to be said for the Moirae, better known as the Fates: Clotho, Lachesis, and Atropos. They’re literally creating Fate as they spin, measure, and cut the fabric of life! How is this not a powerful example of the divine feminine’s creativity and progression without resorting to the old song and dance about our wombs?

I admit that I come to the table as a hard polytheist; my notion of the gods is already vastly complex and within one deity can contain a bundle of contradictions. And being a polytheist, I am super comfortable with handling those levels of complexity. But I have less problems with the idea of soft polytheism than I do the philosophy that worshipping a female divinity should be limited to her childbearing status and that alone, especially since such notions tend to extend into the women within the related traditions. We are not unaffected by this limited approach to feminine divinity.

It is sad that in this day and age that a witch and priestess can still be scrutinized or disregarded for her age, fertility status, ability to be conventionally attractive, for possessing or not possessing a womb, or any of these things–all because of our instance upon having a MMC Goddess Barbie and wanting to see that reflected in our female witches. And some of the scenarios it proposes are hilariously outdated. It is ludicrous to consider a women in her thirties or forties as a “crone” because she is infertile and/or does not possess a womb. Fertility is far more than literal childbirth, and can carry into many things into one’s life. Creativity and creation aren’t limited in scope to developing babies in our respective wombs, and my femininity is not defined by whether or not I can or will have children.

People are welcome to their own traditions and if they choose to carry on the old model of “man and woman” and all of that fertility-womb sacredness, that’s perfectly fine and valid. It’s still sacred in its own right; it’s just not all that is sacred for women. And there’s so much more to fertility than the classic understanding of it. Women are welcome to also celebrate their motherhoods as they see fit and have insular traditions for them and for these traditional aspects of the craft. However, this isn’t for everyone–nor should it be. There is fertility within women and in general that can be honored and celebrated in new ways beyond just the traditional. Models such as MMC, defining gender by their parts, the old interpretation of gender binary, and the traditions which see these concepts as unalterable and rigidly defined are rapidly becoming a minority in a world and culture whose ideas on gender and sexuality are quickly evolving and encompassing so much more than the binary, cut and dry approach to these topics. The rest of us are moving on and embracing a more progressive and inclusive witchcraft. We continue to teach what was and also why we moved away from it. We do not forget nor seek to distance ourselves from our past, but to learn from it and why we have chosen a new approach.

The future is not just female; it is intersectional. It does not seek to exclude women who lack wombs, nor does it seek to exclude those who do. All forms of women are sacred. There is room for everyone, and we have a lot of work to do. 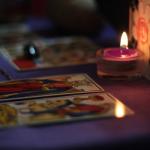 July 18, 2018
Divination 101: Why It Is Important In Mystical And Occult Traditions
Next Post 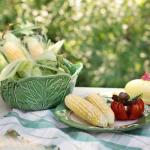 July 22, 2018 Honoring Lammas As A Greek Polytheist: Celebrating First Fruits
Recent Comments
23 Comments | Leave a Comment
"God made this and God made thatThat's all just human chatIt is nature with a ..."
Tony Ryken Do We Choose The Gods, Or ..."
""eyes gleam"I'd take your post seriously if you didn't write out your reactions like a ..."
River Enodian Witchcraft Is Political, Which Is Why ..."
"eyes gleam. Christians dont belong in Witchcraft then. Its called the Witchtrials and disrespecting other ..."
Brianna LaPoint Witchcraft Is Political, Which Is Why ..."
"Prayer to the TrancestorsHail Phanes, Firstborn Androgyne: extend your golden wings over your trans children. ..."
B.A. Davis-Howe Honoring Trans Day of Remembrance As ..."
Browse Our Archives
get the latest from
Tea Addicted Witch
Sign up for our newsletter
POPULAR AT PATHEOS Pagan
1