The Violence at Charlie Hebdo: A Sacred Tragedy 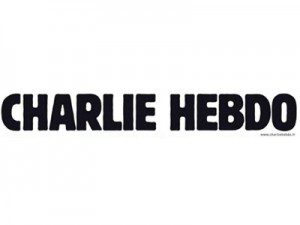 The tragic death of twelve people at the French weekly newspaper, Charlie Hebdo, begs for our understanding. We must avoid, however, the instinctive need to assign blame or to glorify death. To fall into that trap is to remain ignorant of the surprising relationship between violence and the sacred, an ignorance that has fatal consequences.

Charlie Hebdo “thrived on breaking taboos”. Like a child holding a rock for whom every window is a potential target, the editors at Charlie Hebdo could not resist throwing rocks at the sacred windows of others. According to one report in the New York Times, “Mr. Charbonnier vowed that his cartoonists would keep poking fun ‘until Islam is just as banal as Catholicism,’ but in the process it struggled not only with death threats, but also with its own financial survival.” Defiant irreverence in the face of threats was seen as a heroic defense of secularism, a stance that won them stature among French journalists. So while the weekly magazine often struggled financially, they reaped the greater reward of respect and honor from their peers.

Tragically for the editorial staff of Charlie Hebdo, the praise they received came from a source as ignorant of the role of the sacred as they were. To poke a sleeping dragon in the eye is one thing when you think the dragon is dead, which is basically what secularists believe of the sacred. All religious beliefs seem devoid of life and empty of meaning. Believers from any religion seem to be clinging to a dead dragon and so they appear not only ignorant, but in sore need of a wake up call. And Charlie Hebdo and their supporters were only too happy to oblige.

There is one big problem however: the sacred is not a dead dragon. In fact, the role of the sacred in containing violence is completely misunderstood by secularists and religious believers alike.

What is the sacred? The sacred has been around since the beginning of human history and, according the great French thinker René Girard, it is the reason humanity has a history at all. Girard defines the sacred in a way that encompasses archaic sacrificial religions and diagnoses modern violence. He contends that the sacred is any belief that creates identity and cohesion within a group over and against outsiders. In others words, the sacred protects a community from its own violence by designating the proper enemies one can hate, ridicule, satirize and kill without remorse. Indeed, to do so is a sacred duty. By hating and killing others, we strengthen our love for members of our own group. If you recognize this as what we now call scapegoating, you are correct.

As you can see, Girard’s understanding of the sacred applies equally well to radical Islam and radical secularism, an uncomfortable claim to be sure. Charles Goldhammer made this observation on Al Jazeera about Charlie Hebdo’s aims vis-à-vis the sacred, “The satire that Charlie Hebdo exemplified was more blasphemous than political, and its roots lie deep in European history, dating from a time when in order to challenge authority, one had to confront divinity itself. In that one respect, the fanatics are not wrong: Charlie Hebdo was out to undermine the sacred as such.” Ironically, Charlie Hebdo had set out to destroy anything sacred because of its own sacred belief, an irony it was unable to see despite its expertise in the field.

Secularists are right about one thing: the sacred is a terrible method for creating social cohesion. It creates an endless stream of scapegoats and a steady supply of justifications for our own violence against them. We feel ennobled as we use and abuse them to know ourselves and our group to be good, right and just. But when secularists reject all religion in the name of their war against the sacred, they are rejecting the key to understanding how the sacred functions in their own lives. And more importantly, they are rejecting a real alternative to the sacred, one that does not rely on violence and hatred against others to create peace and love within our communities.

The sacred is not the same thing as revelation. Modern religions like Islam and Christianity are prone to manifestations of the sacred, a regression that is lamentable but symptomatic of how hard it is to let go of our dependence on violence to achieve social cohesion. To kill in the name of the God of Islam or Christianity or Judaism for that matter, is to betray the revelation of the prophets that God takes the side of the victims of our violence, no matter how good, noble or sacred we believe it to be. The God revealed by religion, amidst the violent world of the sacred, calls us to be merciful (Islam), to welcome the stranger and the outcast (Judaism), and to love our enemies (Christianity).

The call to love our enemies is not some romantic vision, but is at once a revelation of our dependence on our hatred of enemies and a call to a new kind of community. My apologies to the secularists who defend blasphemy as a noble calling, but you are poking a sleeping dragon, not a dead one. Until we mature enough as a species to adopt the practices of mercy, compassion and love proclaimed by the prophets, we will forever fall into the trap of thinking that attacking others is a sacred duty.

To truly abandon the sacred would mean to abandon all ideas and ideologies that justify abuse and violence against others. It would not look like deliberate ridicule of another’s sacred value in the name of our own. Nor would it ever look like murder in God’s name. What would it look like? That’s easy to say and difficult to accomplish: To abandon the sacred we will have to respect our enemies and renounce our own violence. That is the only path to whole, inclusive and truly peaceful communities.

January 7, 2015
The Nonviolent Atonement: God’s Grace upon Grace
Next Post