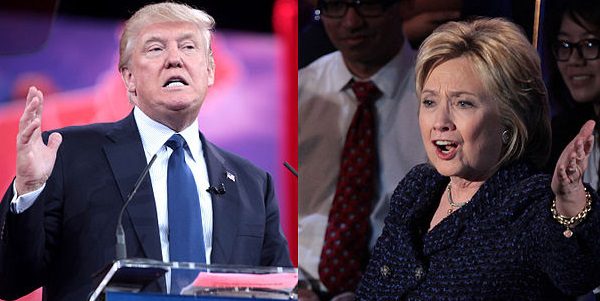 I mean, nobody plays the gender card better than Donald Trump. He is the stereotypical male – and he’s loud about it. For Trump, to be male is to win so much that you’ll get sick of winning. He talks down to Hillary Clinton and Carly Fiorina, all while saying, “Oh but the women love me!” Do you remember what he said about Fiorina’s face? “Look at that face. Would anyone vote for that?” He boasts about defeating his male rivals. And do you remember one of the many low points in his campaign when he defended the size of his “hands“? Trump plays the man card more than anyone.

More than anyone except for maybe one group – internet trolls. I recently heard a story on “This American Life” about Lindy West, an author and former columnist for Jezebel. West writes with an honest passion about herself, especially about how she came to accept her body. She’s overweight and has worked through self-esteem issues. She now joyfully accepts herself for who she is.

Men viciously trolled her social media accounts. One man went so far as to create a false Twitter account of West’s recently deceased father. The man googled West’s family and filled the fake Twitter account with information about her father and siblings. Pretending to be her father, this troll tweeted that he was ashamed of Lindy.

Of course, West was hurt by the harmful tweets. She wrote an article about her deceased father’s twitter account and how much pain it caused her. The man who created the false Twitter account read her article and felt a sense of guilt for his actions. He emailed West, apologizing for his harmful tweets. Then they talked over the phone. In their recorded conversation, West asked the man why he trolled her. His response was stunning. He told West that he was overweight, too, but could never accept himself. In fact, he hated himself, and so projected his self-hatred onto her with tweets that seemed strong and aggressive, but stemmed from self-loathing hatred. As René Girard wrote in his book Resurrection from the Underground, “At the source of the hatred of the Other is the hatred of the Self.”

Trump and this troll are essentially the same. They are run by self-hatred. In order to deal with the hatred that plagues their lives, they play their “man card” by demeaning women. They act macho. They claim to be more powerful than they are because deep down they know they lack meaning in their lives. And, like most of us men, they have never been taught how to play the card that will help them manage their self-hatred, so they project their hatred onto women.

There is one difference between Trump and the troll. The troll became more of a man when he apologized for being a jerk. In apologizing, he found a little more self-acceptance.

The humble ability to say I’m sorry. That’s one of the most important cards men need in our deck.

May 2, 2016 Joseph brings Good News: “Gospel” in the Book of Genesis
Recent Comments
0 | Leave a Comment
Browse Our Archives
Follow Us!