Ramadan: Doing the Impossible and Fasting From Violence 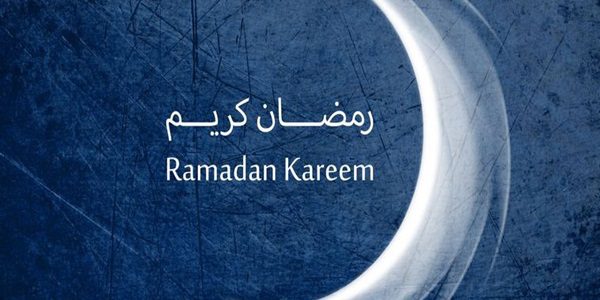 Imagine asking someone to go about a regular summer day, not changing routine, keeping up energy, and being cheerful, for about 16 to 19 hours, with no food or drink of any kind.

Many people, including me, might think it almost impossible.

Yet around the world, millions of Muslims are in the midst of doing just that. For 30 consecutive days.

It really is amazing to contemplate the sheer length of time Muslims will commit not only to denying themselves food and drink, but to taking on a spiritual discipline that includes abstinence from violence of word and thought as well as deed, calling on an abundance of faith, generosity and compassion. And this year, as Islamophobia continues to rise, as presidential candidates talk openly about excluding Muslims at home while they are being bombed abroad, as fear widens the gap between rhetoric and reality, the ability of Muslims around the world to throw open the doors of interfaith hospitality in the spirit of Ramadan generosity is a credit to their faith in the God who is indeed Most Compassionate, Most Merciful. Muslims around the world are reaching out with interfaith iftar (fast-breaking) dinners, gently pushing back against a hateful narrative that highlights the violence of a few in a context of violence that Western powers (the US government and military-industrial complex in particular) have created. Muslims in the United States may come from countries currently being bombed, occupied, and manipulated by Western greed. Many endure distrust, slander, and violence, and this month they will continue to do so… on an empty stomach. And yet in the midst of systemic and personal violence, the overwhelming majority respond with endurance, patience, kindness, and outreach. This is the grace of God at work.

For many, this abundance of kindness – patience and hospitality and outreach – is an outgrowth of the fast itself, not merely an addition to it. My Muslim friends see fasting as more than a duty; it’s a difficult but profound joy. Most Muslims I know emphasize the dependence upon God that fasting illuminates, and there is something comforting about believing that God will uphold you through your physical weakness. But there is also something distressing in experiencing the hunger that so many experience involuntarily and knowing that while you may break your fast after sunset, others who cannot die of hunger and malnutrition. It is only when we realize that God intends for us to be instruments of compassion to one-another, and enjoins us to feed each other, care for each other, build up our world together, that we can see our dependence upon God is not just about our survival, but about our growth into people who can give of ourselves for the sake of one-another. Fasting illuminates this truth. Knowing we can survive on little (but not nothing) we can give more to those who have nothing. Muslims who are able are even more generous during the month of Ramadan; iftar dinners are open to the poor and extra charity is given. At the cost of their own comfort, Muslims, during the month of Ramadan (and many throughout the year), stand in solidarity with the poorest and most vulnerable and give of themselves to make the world a better place. This generosity expands the heart and soul, and when magnified through the worldwide Muslim community, kindness increases mimetically and exponentially. The world is a better place each year for every Ramadan. New possibilities break through barriers when people, in empathy with those most in need, push themselves beyond the boundaries they may have thought confined them.

During Ramandan, Muslims rely on positive imitation of each other to uphold them through the long days, filling the physical deprivation with spiritual richness. Non-Muslims would do well to also take Muslims for our models and imitate their fortitude, solidarity and compassion.  It may be very difficult, if not impossible, for non-Muslims to fast throughout the whole month of Ramadan without the prayer and conditioning that aid Muslims in their effort. But the compassionate spirit of Ramadan can manifest itself in other ways. Joining with Muslims, we can dare to make another impossibility possible. While Muslims fast from food and water, I call upon our government to fast from drones and bombs, from night raids and occupations, from violence of all kinds. During these days when Muslims give of themselves to show solidarity with the poor and vulnerable, let us have the courage to see the faces of the victims of our violence – those who have lost limbs and loved ones to the greed and megalomania of the Powers that Be, those who live in fear under the drone of drones, those displaced, those deprived of food longer than 19 hours a day.

While Muslims go beyond their physical limits and rely on God not only to provide for them, but to help them become their best selves in solidarity with the most vulnerable, may we all go beyond our mental limits that frame the world in terms of us versus them and recognize our human solidarity with those we deem our enemies. May we discover a strength we never knew we had as we emerge from behind the shield of weapons that eat away at our own souls as they destroy others. As Muslims use the money they save on food for themselves to feed others, let us use the money we save on weapons to invest in peace and hope. The real miracle of Ramadan is not that God can replace our need for food, but that God can help us to feel the plight of the hungry and to generously give of our sustenance. Just so, when we lay down our arms, God does not take the place of our weapons for security, but the trust and empathy built from seeing each other face-to-face and meeting human needs makes us more secure than any weapon ever could.

Ramadan, the month in which the Holy Qur’an was revealed to the Prophet Muhammad, is much more than a month of fasting. It is the month in which God reveals God’s self to be Most Merciful by drawing out the mercy of human beings, designated as God’s vicegerents on earth. God calls for us to care for each other, and a fast from violence as well as from food would help transform the world of war into the peace of God (which is what Islam means). Let us call upon our leaders to take a permanent fast from violence, join in solidarity with Muslims and all people, and build new possibilities we can barely imagine until we start living into the love of God, Most Compassionate, Most Merciful.

June 10, 2016 RavenCast: Preston Shipp – From Prosecutor to Criminal Justice Reform Advocate
Recent Comments
0 | Leave a Comment
"Van Jones put it out there on his response to the declaration of the election. ..."
jekylldoc Toxic Christianity: 3 Things We Can ..."
"See Brene Brown. Leading with heart requires accepting vulnerability."
jekylldoc Toxic Christianity: 3 Things We Can ..."
"I'll politely disagree with you. It is not a fad but it is a label ..."
Patty Milazzo Toxic Christianity: 3 Things We Can ..."
"The head of state when and where Jesus lived was the Roman Emperor, and governance ..."
Michel Reflections on Indigenous Wisdom For Healing ..."
Browse Our Archives
get the latest from
Teaching Nonviolent Atonement
Sign up for our newsletter
POPULAR AT PATHEOS Progressive Christian
1