Wednesday Sermon: The Problem with Brothers 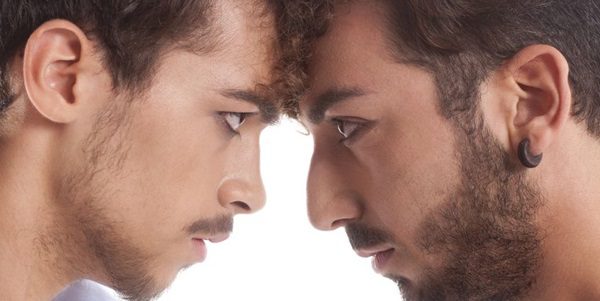 In this sermon, Tom explores “the problem with brothers” through the lens of mimetic theory. As the biblical story shows, brothers are prone to becoming rivals for the same object. Following an example that Jesus presented, Tom brilliantly shows how these rivalries distract us from receiving the blessings God has already bestowed upon us.

The Problem with Brothers

I have never had a biological brother.  Instead I had four sisters and I am the oldest.  I have often wondered how life would be different if I had a brother.  The book of Genesis is filled with stories of brothers and usually these stories do not end well.  Cain kills his brother Abel because he thinks God likes Abel’s offering of a lamb better than his own.  Cain was a farmer while Abel was a sheep man. Abel’s blood, after his death, cries out from the ground for revenge. Jesus’ blood declares forgiveness with no revenge.  That’s why Paul says Jesus’ blood speaks a better word than Abel’s.

Esau was born first though the two brothers were twins and so is entitled to the inheritance but Jacob cleverly stole it from him.  It took most of their lives to sort that out and for Jacob to fess up to what he had done.  When Jacob fearfully approached him Esau forgave him and became a foreshadowing of Christ centuries later. Esau is our first forgiving victim in the Bible.

As a side bar to this, many ancient cultures had a profound fear of twins.  The birth of twins was a bad omen and often one or both were killed.  Girardians believe this points to a fear of violence that two children born at the same time present to their culture. How do you determine who is first when they are born at the same time?  Who gets the inheritance, the father’s blessing?  They will be rivals with each other and their rivalry may catch fire, draw others in and destroy the family, the tribe, or the nation.  Rivalry is so dangerous it is best nipped in the bud.

The Bible is realistic about rivalry and we see it in story after story.  Abraham has two sons, Isaac and Ishmael.  One son, the one from his wife Sarah, goes on to be the ancestor of the Jews.  The other, the son of his servant Hagar, according to the Jewish story, is cast out.  But even the one cast out is not forsaken.  This one also becomes the forebear of a great people, the Arabs and another story develops that features Ismael in the favored position with God.  These two sons are still in rivalry, a rivalry now ancient and bitter playing itself out in the Middle East.

To have a brother is to risk a rivalry that can be very destructive.  Rivalries can get out of hand, spread and engulf everyone.  Or they can be relationships of great beauty filled with humanity functioning at its highest.

“Someone from the crowd said to him, ‘Teacher, tell my brother to divide the inheritance with me.’”  There it is again, brothers fighting—the human problem.  “I have been short changed! It’s not fair! Jesus, do something.  You are wise.  You see it, enforce justice!”

Jesus did see it but he saw it differently. ‘Watch out! Guard yourself against all kinds of greed,’” he replied. Ever since the serpent told Eve we shouldn’t trust God and we believed it, we have instinctively feared we were being cheated. “His is bigger than mine!  It’s not fair.”  We think we are getting less and we want more.  It is so hard to see clearly. It’s so hard to see what we already have as a blessing and enough.

I wonder what Jesus meant when he said “guard yourself against all kinds of greed.”  How many kinds of greed are there? Is this a blanket statement like thou shalt not covet anything that belongs to thy neighbor? That’s an ancient way of attempting to reduce rivalry.

Jesus reminds us of a truth it’s easy to forget. “After all,” he says, “one’s life isn’t determined by one’s possessions, even when someone is very wealthy.” No, one’s life is determined by quality relationships and an awareness of the Father’s blessing! Do we understand how blessed we are? How many do we include as friends relaxing our souls and who do we see as enemies tightening us up?  How wide do we draw the circle and who do we see as outside it?  The width of our circle goes a long way in determining the quality of our life; not our possessions that actually often get in the way.  Jesus’ circle includes all.  His heart bleeds for both brothers.

For the man in dispute the world had shrunk to the point where besting his brother was all that mattered.  His focus narrowed to where even Jesus could only be seen as a player in his dispute.  Jesus’ sharp retort, designed to jolt him out of his myopic vision asks, “Man, who appointed me as judge or referee between you and your brother.”  Hey man, there is more going on in the world then your competitive relationship with your brother.  Wake up!

How do you get people locked in battle to change their focus?  Maybe you tell them a story, a parable, designed to lure them into thinking in new ways.

A certain rich man’s land produced a bountiful crop. Notice it is the land that does the producing, not the rich man.  He has been blessed by his land! God has blessed him. He has so much he can’t store it in his usual places.  What should he do?  It’s not his daily bread that he’s worried about. He could fill up his usual granaries and then share it with those whose crops have not been so bountiful but he doesn’t think of that.

He says to himself, “you have stored up plenty of goods, enough for several years.  Take it easy! Eat, drink, and enjoy yourself.” He is talking to himself! He has no dialogue partner. He has reduced his world to where he is the only one inhabiting it.

I wonder if he has a brother and if so, is he in rivalry with him?  Bigger barns can be a symbol for mine is bigger, I am better.  Do you think his solution is wise in a world filled with rivalry and real need?  If he had sold the extra he couldn’t store and shared the proceeds with those who desperately need it, would that increase his security and open him to his neighbor?  It might.

I wonder if he has factored in all the hidden costs to bigger barns.  He will probably have to hire a guard and provide that guard with a weapon.  Then there is the cost of tearing down the old barn and disposing of all the debris; not to mention the cost of materials and labor for the new barn.  This may not pencil out quite as well as he thought.  I wonder what’s driving him. Why does he insist on building bigger barns when there are other solutions?

The man in the story honors no one.  He’s not trying to be a blessing.  He doesn’t need God or anyone else.  He thinks he has achieved security.  His face is smug as he sleeps on the soft bed of what he thinks is his brother’s envy.

In the story Jesus gives God a voice and God says, “Fool, tonight you will die.”  The man was deeply blessed but he wanted more.  Other people were his measuring stick and he wanted to be better than they.  He didn’t want to live with what he had been given.  So he dreamed and schemed to use his bounty, his blessing, to triumph over them.  At life’s end he was as empty as his unbuilt barns.

And what was his reward?  It’s not death and eternal punishment like we in our sin would like. You see, we can’t help ourselves; we too want to think we are better than him.  But unfortunately for us, or maybe fortunately, that’s not the point of the story. Jesus’ stories are much too earthy for that.  No, according to the story all that happens to him is that he loses everything to his rival!  His rival gets it all!  For this man, that’s a fate worse than death. His rival wins. And our blessed man winds up with no relationships, no God to talk to and no brother to love.

Image: 123RF, two men against each other for conflict and rivalry, by leonardoboss

August 4, 2016 Democracy Under Control: The Hushed and Hidden Victims at the Democratic National Convention
Recent Comments
0 | Leave a Comment
Browse Our Archives
get the latest from
Teaching Nonviolent Atonement
Sign up for our newsletter
POPULAR AT PATHEOS Progressive Christian
1