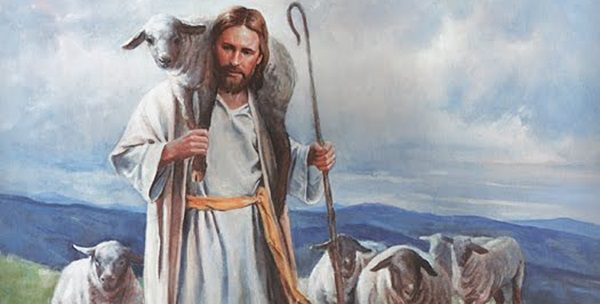 In this sermon, Tom explains that the parable of the lost sheep seeks to transform sacrificial worldviews that maintain unity at the expense of the one. Jesus seek the one lost sheep and brings it back to the fold. The parable inverts sacrificial worldviews by pointing us to the Kingdom of God, where joy breaks out and, as Tom states, “No one is excluded, no one is sacrificed, and no one is lost.”

Since we are outdoors today for our service it’s easy to imagine open land and grazing sheep, and wolves and cougars that could be watching them from the hills. Which one of you, having a hundred sheep and losing one of them, does not leave the ninety-nine in open cougar country and go after the one that is lost until he finds it?

I don’t see any hands being raised. No one in their right mind would leave ninety-nine sheep unattended in the wilderness!  It would be foolish and very bad business practice. You risk losing your whole herd to rescue one sheep.

Yet this is the image Jesus presents. This is what the story suggests.  Already the story has an edge and the edge sharpens when the shepherd puts the full-grown sheep on his shoulders and carries it home, rejoicing.    Have any of you carried a full-grown sheep?  They weigh nearly as much as a man.  Can you imagine your average shepherd rejoicing as he trudges out of the hills carrying this stray sheep?  My hunch is his language would have a very different color. This is a very strange shepherd.

Then this strange shepherd does one more thing even stranger.  When he gets home he calls together his friends and neighbors and asks them to party with him in celebration at finding his one lost sheep.  Shepherds tended to be a rough lot—not the sentimental sort that gets weepy about recovering one sheep.  Everyone would know this shepherd does not match any shepherd they have ever known.  In modern terms, Jesus has transported them into the world of science fiction where they are not sure of the rules and surprises ambush you. Maybe he can open their minds to seeing in a new way.

Then Jesus concludes his story with, “In the same way, I tell you, there will be more joy in heaven over one sinner who changes both heart and life than over ninety-nine people who have no need to change their hearts and lives.”

Why did Jesus tell this story and what is the deeper meaning?  Human culture usually sacrifices one person, or a whole group of vulnerable people, so that the majority, the ninety-nine can blame them and drain off tensions in the larger group.  This is how the ninety-nine maintain peace amongst themselves. Unity is maintained through exclusion of the one. This story seems to be the inverse of that.  Here the shepherd leaves the ninety-nine in the wilderness to rescues the one who is lost. He brings it back to the fold with great rejoicing. No one is excluded, no one sacrificed, and no one is lost.

Remember the context for this story. “All the tax collectors and sinners were gathering around Jesus to listen to him.  The Pharisees and legal experts were grumbling, saying, ‘This man welcomes sinners and eats with them.’” The tax collectors and sinners were excluded from Jewish culture because they were considered bad people.  By eating with those the culture excluded, Jesus showed the excluders another way to build peace. Instead of excluding the ones gone astray, they could welcome them to their table, build community with them and share in the joy of their return.  No one need be lost. All are gathered together. All God’s children are welcome at the table. It’s the opposite of sacrificing the one so as to unite the many.

Jesus deliberately uses the word “joy” to describe the return of the one who had been lost. Joy is a relational term and suggests delight. Joy is a three year old who lights up when she see mommy or daddy enter the room.  It’s the opposite of shame and a beautiful thing.  The tax collectors and sinners Jesus speaks to aren’t used to being looked at with joyful eyes—eyes that delight in seeing them. No, they are used to being seen with dead eyes full of disdain.

I keep picturing drug addicts and how we look at them.  We push them away from the table and tell them when they are clean we will welcome them back.  We think separating them from us motivates them to quit their addiction. I wonder if Jesus looks at them differently. Maybe he would keep them at the table, sharing with them and loving them as they struggle with their demons.

Could this different way of seeing them be what attracts the tax collectors and sinners?  They sense that he likes them in a deep and joyful way even though he knows they are the cultures lost sheep.  He doesn’t look at them with the same eyes with which they look at themselves.  They see in his face the delight the shepherd displays upon finding the one sheep he had risked all to find.  Could this be why they come close and listen to him?

How can it be that one sinner who repents is the occasion for all this joy?  Repentance is always about changing our minds.  It’s where we rethink things and come to new conclusions.  It can be an “ah-ha” where the pieces suddenly come together or it can be a gradual process where our world slowly reconfigured.  The latter has been my experience.  And it’s still happening.  On Friday morning Laura, my wife, and I had a two hour breakfast conversation at a restaurant that had us rummaging through our ever-deepening faith in this strange shepherd who carries us. It was a wonderful conversation and deeply nurturing to both of us.

Why do the ninety-nine righteous persons need no repentance?  Is it because only those who are not good in their own eyes can allow themselves to be forgiven?  Maybe the ninety-nine righteous people like their world the way it is.   They are quite happy grumbling to each other and building their pseudo-unity around those they see as less worthy than they.  It’s not a very joyful world but they know the rules; they define them, enforce them and are there beneficiaries.

The ninety-nine think they have the shepherd in their corner because they didn’t go astray like that one did.  But what if the shepherd leaves them in the wilderness and goes after the one stray? And then he asks them to party with him when he finds that one.  Somehow this turns the world upside down.

Let’s move on to Jesus’ second story.  When you lose a coin, do you light a lamp, sweep the house and search carefully until you find it?  Maybe, maybe not!  It depends on the coins value and how badly you want it. When you find it, do you call your friends and neighbors and ask them to rejoice with you.  Probably not!  This woman in her joy at finding the coin is a little over the top.  But what if the coin represents a new way of understanding God, and therefore understanding ourselves and the whole world?  Maybe it’s a new way of making sense, the missing piece that provides the key to the whole puzzle?

This is how I feel about the non-violent, non-retaliatory, non-sacrificial understanding of God that I have been sharing with you.  For me it is the coin that got lost for 1700 years when Christianity got tangled with empire but now is being found!  There is a sense in which Jesus himself is the missing sheep and we must risk leaving the ninety-nine to find him.  Having found him, or maybe he has found us, we discover we want to call those closest to us to come and celebrate with us.  Our friends and neighbors look at us like we’re crazy.  They don’t understand the importance of what we are discovering.  With the woman in the story I find myself exclaiming, “Rejoice with me, for I have found the coin that has been lost.”

Yes, this is the new thing into which we are being inducted week by week.  We are in the process of finding it.  With each step we take toward deeper faith, joy breaks out in the presence of God’s angels!  Amen.

September 13, 2016
Hillary Clinton: How to Be “Deplorable”
Next Post