A Flood of Violence: Is It Divine or Human? 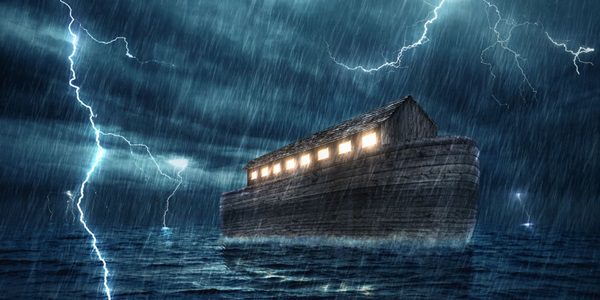 Why would we teach our children the story of Noah and the flood? It’s not a cute story about animals entering an ark. It’s a divine horror story that should be rated R.

Despite that horror, I’ve talked before about how the flood story in Genesis is light years beyond other ancient divine flood stories. In the Babylonian tale, for example, the gods flood the earth, killing everyone except for one family. Why? Because humans were too noisy. They partied too much. The gods were angry and irritable because they couldn’t sleep with all that racket.

This text of divine terrorism is more than genocide, it’s geocide. The God character has no other recourse to solve the problem of violence that to use bigger and more destructive violence. It’s an escalation to the extreme.

René Girard has helped us a great deal concerning the interpretation of these stories. While the biblical flood story is better than similar stories in the ancient world, it still associates violence with God. Girard calls those stories “myths.” These myths of divine violence are told by persecutors to cover up their own violence. That cover up of human violence is sealed by projecting it onto the divine.

Girard calls the Bible “a text in travail.” It’s a text that struggles with this idea of myth. We see that struggle in the Genesis account. It doesn’t cover up the fact that the evil of violence is humanity’s biggest problem. Genesis 6:5 states, “The Lord saw that the wickedness of humankind was great in the earth, and that every inclination of the thoughts of their hearts was only evil continually.” While Genesis doesn’t cover up the problem of human violence, it still projects violence onto God. For Girard, that projection is a mythical element of the story. Girard spent his career showing us that the god of violence belongs solely to world of myth.

The flood story reflects a mythical – that is violent – view of God. In Girard’s reading, the “flood” is a metaphor for human violence. But I’ve always been stuck with a question – If the Bible gradually reveals the absolute nonviolence of God, as Girard claims, then there should be alternative examples of flood stories, right? In other words, if this metaphorical use of a “flood” of human violence is true, then it would be really helpful if the Bible explicitly used the “flood” metaphor in a way that referred to a flood of human violence, as opposed to a mythical flood of divine violence.

I’ve been reading through the Scriptures for my Bible Matters video series. The most recent video was on the prophetic book of Daniel. As you may know, Daniel is an apocalyptic book. The word apocalypse simply means “unveiling” or “revealing.” For the biblical authors, apocalyptic genre reveals the truth about violence. And for Daniel, the truth about human violence is that it’s like an uncontrollable flood.

Daniel 9-12 discusses wars among nations. One nation will come to Jerusalem, kill the anointed king, and “destroy the city and the sanctuary. Its end shall come with a flood, and to the end there shall be war.” But the flood of violence continues. A war breaks out between the “the kind of the north and the king of the south.” The king of the south had sons who “shall wage war and assemble a multitude of great forces, which shall advance like a flood and pass through, and again shall carry the war as far as his [enemy’s] fortress.”

The interesting thing about these chapters is that the violence is overwhelming, like a flood, but God is virtually absent from that violence. Daniel secularizes the flood of violence.

These two biblical stories about floods must be read together. The mythical God of violence in the Noah story doesn’t have the last word. The truth revealed in Daniel is that the flood of violence belongs solely to humans.

As Daniel watches in fear as this flood of violence threatens to drown him, an angelic figure says to him, “Do not fear, greatly beloved, you are safe. Be strong and courageous.” But Daniel’s strength and courage never come in the form of violence. At no point is Daniel or the people of God instructed to participate in the flood of violence. Like Noah, they are to be set apart from the violence of the world. They model an alternative way of being for those caught up in a flood of violence. Like Jesus, they may suffer from violence, but they are to remain courageously nonviolent. The only action Daniel provides is that “The wise among the people shall give understanding to many; for some days, however, they shall fall by the sword and flame, and suffer captivity and plunder.”

The wise among the people, like Jesus, would rather suffer violence than inflict violence upon another. But neither do they simply sit back and watch the flood of violence engulf the world. They remain courageous. Whereas Noah avoided the flood, the wise among the people in Daniel risk drowning by entering into the flood of violence. And in doing so, they model for the world another way. The way of nonviolent love.

October 28, 2016 Fascinated with Sex? Newt Gingrich, Megyn Kelly, and Overcoming Hatred
Recent Comments
0 | Leave a Comment
"Not that hard to understand these people were licentious."
Bob Shiloh God Doesn’t Smite Anyone – Reflections ..."
"I divide the issue into two parts; the Jesus of the Sermon on the Mount--a ..."
Karen Silver Why You Should Run from Religion ..."
"Truly God has really given us the gift of love, strong enough to overcome Satan ..."
Don Davies Sermon: Satan, Guns, and the Flow ..."
"It is a fucken waste of time"
Michael Preedom Why You Should Run from “Bible ..."
Browse Our Archives
Related posts from Teaching Nonviolent Atonement 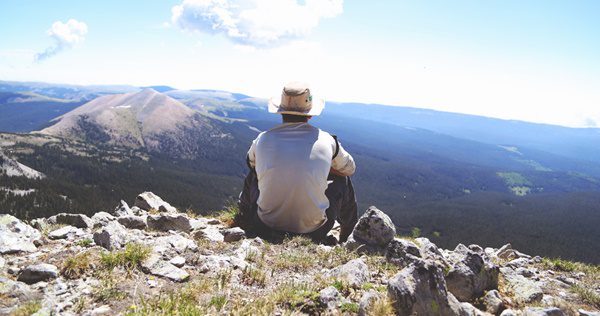 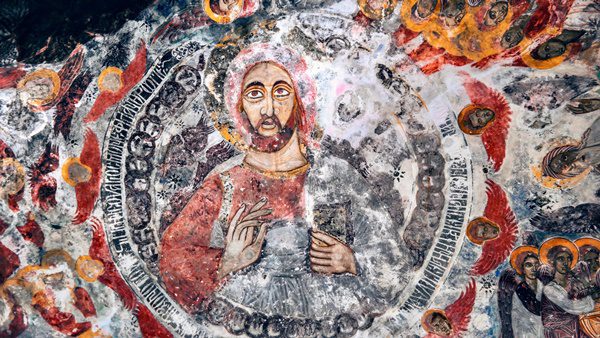