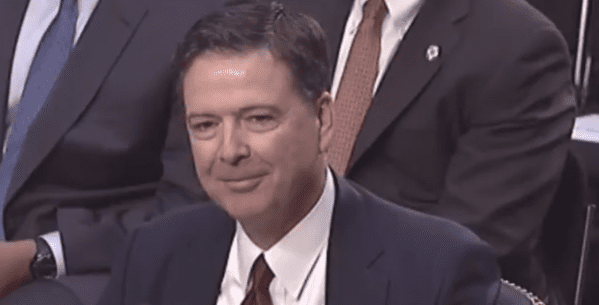 Who is the biggest liar?

That’s the scandalous question rocking the U.S. after James Comey testified to the Senate intelligence committee yesterday. Comey repeatedly stated that Trump has lied on several occasions. He claimed that after he was fired,

The administration then chose to defame me and, more importantly, the FBI by saying that the organization was in disarray, that it was poorly led, that the workforce had lost confidence in its leader. Those were lies, plain and simple.

Comey then said he felt compelled to take meticulous notes on his meetings with Trump because he had reason to believe that Trump would lie about those meetings. “I was honestly concerned that he might lie about the nature of our meeting, and so I thought it was really important to document.”

Predictably, Trump responded to the accusation of lying in kind. He tweeted about Comey’s testimony, “Despite so many false statements and lies, total and complete vindication…and WOW, Comey is a leaker!”

I confess that in the imitative swirl of accusations back and forth, I initially struggled to know who to believe. Many commentators have framed the drama in a “he said, he said” approach. So, who are you going to believe? Initially, didn’t know.

But then I came to my senses. If you want to know who to believe, you look at patterns. Let’s start with Donald Trump. Trump began making a name for himself in the political arena by fueling the scandal that Barack Obama was born in Kenya, not the United States. This was a massive and important accusation, that if true would lead to the necessary removal of an American president. But nothing came of it. Do you know why? Because it was a lie.

And then there’s Trump’s actual presidency. Good lord. Let’s take a few examples. Trump exaggerated his crowd size at the inauguration.  He continues to claim that he won the popular vote. He asserts that the NSA and FBI told Congress that that Russia didn’t influence the election. Most recently, he took the mayor of London’s statement about a recent terrorist attack completely out of context to score political points. Unfortunately, the list goes on.

A Pattern of Truth Telling

Then look at patterns involving James Comey. During yesterday’s hearing, Republican and Democratic senators began by praising Comey for his dedication to the country. While often claiming that they disagreed with many of his actions during his tenure as director of the FBI, the senators praised Comey’s character. Bipartisan criticism of his actions, but also praise of his character, is good evidence that Comey is trustworthy.

But there was one moment that solidified my trust in Comey’s character. Comey reported that during his February 14th dinner meeting with Trump and others, Trump asked everyone else to leave the room. Alone with Comey, Trump said he “hoped” that Comey would drop the investigation into Michael Flynn, who Trump called “a good guy.” Comey then told the committee, “I replied only that ‘he is a good guy.’ I did not say I would let this go.”

At this point, Senator Diane Feinstein said, “You’re big. You’re strong. … Why didn’t you stop and say, ‘Mr. President, this is wrong. I cannot discuss this with you’?” Republican and Democratic senators followed up with similar questions.

Comey responded to this important and difficult question with impressive honesty and vulnerability. “Maybe if I were stronger, I would have,” he replied. “I was so stunned by the conversation that I just took it in. … Again, maybe other people would be stronger in that circumstance.” Comey then admitted that he acted “cowardly.”

It was a refreshing response. Admitting that one has acted cowardly and that stronger people could have done better is evidence of a pattern of truth telling. And we need more truth tellers.

Which leads me back to Donald Trump and the reason for Comey’s testimony. Yesterday’s drama ostensibly centered on Russia’s meddling in the American election. We’re told that Russia interfered with the American election and we need to make sure that it never happens again.

If Russia did attempt to change the outcome of the U.S. election, it learned how to do so from watching the U.S. The Los Angeles Times reports that, “The U.S. has a long history of attempting to influence presidential elections in other countries – it’s done so as many as 81 times from 1946 and 2000.”

When we look at Russia with disdain for meddling in our elections, we look into a mirror. Looking into that mirror might be uncomfortable, but it reveals the truth about ourselves. We need the courage to tell that truth, so that we can have a future with fewer lies.