Dear Wheaton College: Hazing Has No Place in Christ’s Kingdom 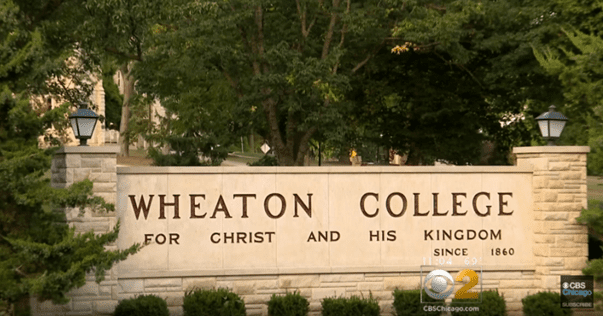 “Christ and His Kingdom,” I hope, were the furthest things from their minds.

It certainly doesn’t seem possible to be focused on Jesus while kidnapping, physically restraining, and attempting to insert an object into someone’s rectum before beating him and leaving him half-naked on a baseball field with two torn shoulders.

Yet five Wheaton College football players are accused of doing all of this to a former teammate, a freshman who transferred shortly after the incident. The formal charges stop short of sexual assault but include battery, mob action and unlawful restraint. While the upcoming trial has yet to illuminate the full story of what took place on that evening in March of 2016, Wheaton College has acknowledged at least some guilt for the accused, as they were disciplined with 50 hours of community service and an 8-page essay, as well as forced to sit out the first game of last year’s season.

Again, I hope that those who committed this crime were not thinking of Jesus at all. I can’t fathom what they were thinking, but had the Prince of Peace – to whom they had supposedly dedicated themselves when they chose to attend this explicitly Evangelical school – crossed their minds, I would have hoped that he would have chased all thoughts of brutality from their consciences.

The disturbing truth, however, is that, whatever they were thinking, the name of Jesus has been invoked to instigate and justify some of the world’s most horrific violence. From slavery itself to after-church lynchings, from Crusades and pograms to a military subculture that equates the “War on Terror” with “War on Muslims,” Christians have engaged in all sorts of brutality in the name of Christ. And an understanding of the sacralization of violence can help shed light on how such a crime against one’s own teammate could occur anywhere, including a Christian college.

French scholar René Girard helps us to trace the root of human violence to our mimetic natures. In other words, we fight because, as relational beings, we are designed to build our desires off of each other, coveting things we cannot or will not share. At the dawn of civilization, Girard posits, the shared desires of our proto-human ancestors created so much conflict that they would have destroyed themselves had they not channeled their violence onto a scapegoat – a random victim around whom our first ancestors came together and killed. Girard credits the birth of humanity out of our pre-human ancestors to the scapegoat mechanism, the stop-gap that reigned in our self-destructive violence.

Girard, himself a Christian, believed that humanity’s early understandings of God came from the divinization of the scapegoat victim. In a crisis of violence, the scapegoat was the way our ancestors regained cohesion. The relief that came from collectively killing the scapegoat reinforced the idea that he was responsible for both the suffering and healing of the community, and thus our ancient ancestors came to divinize their victims. Eventually, the scapegoating mechanism became ritualized in the form of human sacrifice – collective killing or expulsion of a victim in praise to the community’s perception of the divine. Religious beliefs grew and became more complex over time, but Girard convincingly draws a connection between violence and the sacred.

Scapegoats, outsiders, enemies – to this day we still form group identities over and against them. As Girardian theologian James Alison says, “Give people a common enemy, and you will give them a common identity. Deprive them of an enemy and you will deprive them of the crutch by which they know who they are.”

Poor interpretations of Christianity combine the human tendency to form identity against an enemy with ancient misunderstandings of God as violent. Monotheism, instead of being interpreted as One God of Love for All, is interpreted as “our God for us.” And when the crucifixion is interpreted as God’s wrath poured out upon an innocent victim to pay for our sins, many justify further violence against those they perceive to be enemies of God.

The crime for which the Wheaton football players are charged is an act of scapegoating on multiple levels that shows a deep faith in violence against an “enemy” other. Five young men who identified as Christians not only singled out another young man for violence, but also signaled their Islamophobia and homophobia in the process. According to the victim’s statement, the football players who kidnapped him played Middle Eastern music and claimed to be Muslims who wanted to have sex with goats before telling him that he would be their “goat” for the evening. The Islamophobia is obvious; the homophobia of their action is shown in the way they attacked his masculinity in their efforts to humiliate him, as Wheaton alumnus Hank Chen explains. In an act of team bonding that is a modern manifestation of building cohesion through violence, these five men asserted themselves not only against a vulnerable freshman, but also against those whom they consider enemy others – Muslims and the LGBTQ community.

The irony is that the Incarnation is God’s self-revelation as Love. Jesus came to subvert our understanding of a violent God. Rather than cast others out, God came to us as an outcast. Rather than command violence, Jesus died our victim. Jesus saves by de-sacralizing our violence and responding with forgiveness, thus freeing us from the cycle of violence that leads to death. And by uniting us in love, Jesus shows us a new way to form human community, finding ourselves not over and against outcasts but with and for each other.

If Wheaton College understood that God’s revelation in Christ is meant to save us from our own violence and our violent understanding of God, then they would see Christ in every victim. They would understand that whenever someone is kidnapped, terrorized, and injured, Christ is also kidnapped, terrorized, and injured. And they would not turn a blind eye to a subculture of hazing (which this crime exceeds), because they would understand that forming group cohesion over and against a victim is exactly what humanity did to Jesus, and that Jesus frees us from this deadly way of relating to each other.

Much has been written about the inadequacy of the consequences that the Wheaton administration dealt to these students. With a history of pushing out students and faculty for what they perceive to be sexual sins or theological heresies (in both cases I disagree with their judgment), to brush off a violent assault with an essay and community service shows that the Wheaton administration does not understand  Jesus’s solidarity with outcasts or his suffering with victims. Christ-like mercy for those who harm others never comes at the expense of those harmed.

However, I do have a suggestion for Wheaton College moving forward. Rather than make community service a punishment for hazing, make it a replacement for hazing. Foster a culture where teams bond by works of love that place them in solidarity with people in need. Teach what Jesus meant when he said, “I desire mercy, not sacrifice.” In proving that compassion forms stronger bonds than cruelty, Wheaton College would truly honor Christ and His Kingdom.