Sermon: Beautiful Community with No Bitterness 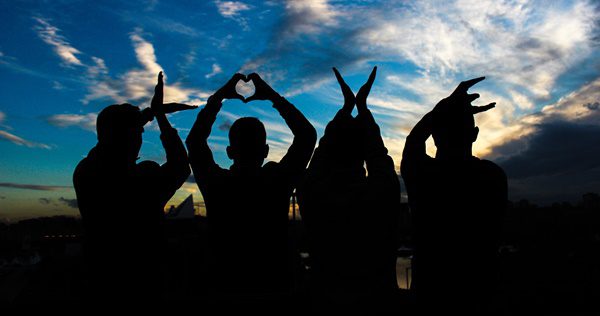 “Jesus seems to be modeling a way of reducing and defusing tension in a community. He refuses to throw a stumbling block in front of his neighbor. Sometimes you do things even though you technically wouldn’t have to just because you know your neighbor will interpret it badly. Acting in love for the other is your criteria, not law.”

Beautiful Community with No Bitterness

Before we can talk about forgiving a member of the church who has sinned against us I think it important to deepen our understanding of what needs forgiving. What has the sinning one done to offend? Is it possible to enjoy a beautiful community with no bitterness?

We begin with Jesus’ second Passion prediction just a few verses before this morning’s gospel. Jesus and his disciples have just returned from their excursion into the pagan north where he first told them he would go to Jerusalem, be killed and then raised again. Now they are back in Galilee, their home territory, and again Jesus says, “’The Human One is about to be delivered over into human hands. They will kill him. But he will be raised on the third day.’”

They had hoped what Jesus said on their trip north had been a bad dream; that they had heard him incorrectly. Maybe Jesus had eaten some bad food or was suffering a migraine. But now at home again he tells them a second time.

At Capernaum, their home base in Galilee by the sea, a bizarre sequence of events unfolds. While Peter was out and about the people responsible for collecting the small temple tax asked Peter if Jesus, his teacher, had paid this tax—after all, they lived there. Peter sticking up for his boss said he had. When Peter got back to the house and before Peter had said a word about any of this, Jesus asked him, “’What do you think, Simon? From whom do earthly kings collect taxes, from their children or from strangers?’ ‘From strangers,’ Peter said.”

“Jesus said to him, ‘Then the children don’t have to pay. But just so we don’t offend them, go to the lake, throw out a fishing line and hook, and take the first fish you catch. When you open its mouth, you will find a shekel coin. Take it and pay the tax for both of us.’”

What do we make of this? He is the Son of the Living God and he faithfully pays the temple tax. If he is God’s son, the temple is supposedly his Father’s house, thus he is the son of the king and shouldn’t have to pay taxes, but still he pays it.

Why does he pay? He says he wants to avoid giving offense. He doesn’t want the people at the temple to fall out of relationship with him just because the one who says he is the Son of God refuses to pay. He is thinking of them. He could pull rank but he deliberately does not. He doesn’t want to become a stumbling block to temple tax collectors so that they trip and fall out of relationship with him.

Jesus seems to be modeling a way of reducing and defusing tension in a community. He refuses to throw a stumbling block in front of his neighbor. Sometimes you do things even though you technically wouldn’t have to just because you know your neighbor will interpret it badly. Acting in love for the other is your criteria, not law.

The strange story where Jesus tells Peter to catch this fish that contains the temple tax lodged in its mouth demonstrates that the living God approves of what Jesus is doing in paying the tax. It’s like the resurrection; it serves as a kind of proof that Jesus really is the Son of God, and doing God’s will. Jesus lowers himself as an act of love. His lowering himself qualifies him as the Son of God rather than disqualifies him. Jesus pays the temple tax and dies on the cross to remove the barriers we construct from our side that separate us from each other and God.

This brings on the next question. “At that time the disciples came to Jesus and asked, ‘Who is the greatest in the kingdom of heaven.” Isn’t it true that whoever is the greatest gets to do what they want, doesn’t have to defer to others, and does not have to pay taxes? Don’t we usually think the greatest is the one who uses their position in the community to establish dominance and privilege, and they certainly don’t hesitate to give offense in doing this? Whoever is the greatest in the world’s way gets to throw stumbling blocks. The resentment they instill in those around them, the other members of the community, festers and causes the whole community to stumble as their faith in authority plummets creating confusion, resentment, and bitterness.

What will Jesus say in response to their question? Jesus “called a little child over to sit among the disciples, and said, ‘I assure you that if you don’t turn your lives around and become like this little child, you will definitely not enter the kingdom of heaven.”

How can we turn our life around and become like a little child? What does a little child have that adults don’t? A little child is free of rivalry with adults. Jesus wants us to turn our lives around by giving up our rivalry with each other. If we want to enter the kingdom, Jesus-Followers must give up comparing ourselves to each other and asking who has more and who has less. The kingdom of heaven is a place devoid of all rivalry, all comparison, all “us” and “them.” In Christ we have everything already since we know we are deeply loved.

Small children can’t throw stumbling blocks because almost everyone is bigger, knows more and has much to teach them. They are not embarrassed by this and expect big people to help them. When we approach children with no need to communicate that we are big and they are small we are welcoming them into the kingdom of heaven in Jesus’ name. If we need to prove we are superior, bigger, stronger, and smarter then we are in rivalry with them and we are throwing a stumbling block in their path. Our unresolved issues, our brokenness, our sin will trip them up. As they stumble, falling through the air, their native trust fractures in multiple directions.

Finally we come to the text assigned for the day. “If another member of the church sins against you, go and point out the fault when the two of you are alone.” When another member of the community, out of rivalry with you and bitterness toward you throws a stumbling block in front of you, the first step is to go and talk to them alone. They may not be aware of what they are doing. They may not realize that rivalry and bitterness have taken hold of them. Often people keep these things hidden from themselves. Or maybe we have misinterpreted them because of our own unresolved issues. Until we talk we will not be able to sort that out. But suppose they don’t listen and you can get nowhere in your attempt to reestablish relationship.

Then you take it to the next level. This time you take two or three people with you to witness our attempt to communicate and restore relationship with your brother or sister. If they still refuse to listen so that this problem can’t be worked out you take it to the whole church.

At this third level you explain to the whole community how you have tried to restore the relationship and if they still don’t listen you let them go and understand they desire to live outside the grace of your fellowship. Their commitment to be in rivalry and hold bitterness has overridden their desire for community. Their wish to win has grown stronger than their willingness to humble themselves, enter into honest conversation and even bend a little to not give offense to the rest of the community.

Jesus models what doing something so as to not give offense looks like in the story about the temple tax. But now in this context the one throwing the stumbling block is not willing to listen, take responsibility for their part, and reach agreement. Their leaving the community of grace leaves them bound to their old way of rivalry and bitterness. This is the world they have chosen to live in and it will color their approach to both heaven and earth.

But remember, all is not lost, non-rivalrous and beautiful community with no bitterness is still available even to them. “For where two or three are gathered in my name, I am there among them.” Amen.