Sermon: An Invitation We Can Refuse! 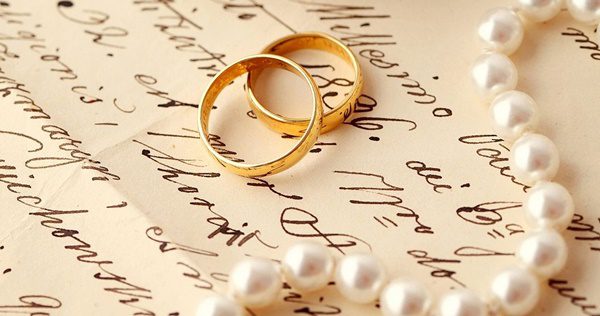 Jesus knew that crashing the party would lead to his expulsion but he did it anyway.   He was the one bound hand and foot and cast out where there is weeping and gnashing of teeth.

In this sermon, Tom explores a violent parable about a wedding banquet that Jesus told. The question we should always ask when it comes to violent parables is, “Whose violence is it?” Tom helps us see that the violence is never God’s. It’s always ours.

An Invitation We Can Refuse!

When Jesus rode into Jerusalem on a donkey rather than a war horse and went straight to the temple he was not under the influence of anger.  He was making an announcement; telling us God does not desire the shedding of blood.  The day after, the religious officials demanded to know who gave him the authority to do this.  In response he told them stories and this is the third and last of them.

As he tells his story, the moment he mentions a cruel king the people listening think of Herod, the king who lives very close by and does not take kindly to challenges.  They ask themselves, is Jesus about to start an insurrection?

“The kingdom of heaven (he said) is like a king who prepared a wedding party for his son.”  The people immediately wonder if he talking about Herod the Great, the current king’s father?

Sixty years before, Herod the Great came to Jerusalem leading his Roman army and wanting to marry the daughter of a leading Jewish family.  Marrying her would make him legitimate in the people’s eyes even though he wasn’t a full Jew.  If Jerusalem’s leaders refused his offer he told them he would turn his army loose and burn Jerusalem to the ground.  Though it had happened sixty years before, everyone remembered this—it was burned into their memory.

Jesus continues.  “He sent his servants to call those invited to the wedding party.  But they didn’t want to come.”  When Herod the Great first invited himself to his own wedding in Jerusalem and offered to host a huge party or there would be a blood bath and he would destroy their city, the people refused to come.

Herod persisted.  “Again he sent other servants and said to them, ‘Tell those who have been invited, “Look, the meal is all prepared.  I’ve butchered the oxen and the fattened cattle.” Butchered the oxen?  Why would you butcher oxen?  They are highly trained work animals. There is an ominous feel to this.  It suggests an offer you dare not refuse.  I can hear Marlon Brando in “The Godfather” mutter, “I have butchered the oxen and you should come.”

“But they paid no attention and went away—some to their fields, others to their businesses.”  Maybe they thought if they ignored Herod’s offer and busied themselves with their own concerns, he would go away.

With the business people and farmers gone, the hot-heads who had no interest in stability, grabbed the king’s servants, abused them and killed them.  Not a good idea! Even then there were hotheads that made tense situations worse.  All of this history is going through the minds of the temple leaders as they listen. Two thousand years later we don’t know about the context and so we misunderstand.

The story goes on. “The king was angry.  He sent his soldiers to destroy those murderers and set their city on fire.”  Kings almost always say the “bad” guys started it and deserve their own destruction. They don’t care about the collateral damage to thousands of other people; the children, the women, those not involved.

Herod burned Jerusalem to the ground and then spent the rest of his life rebuilding it as a glorious tribute to himself.  For the Jewish people it was a traumatic memory, an event any person who lived through it would never forget and continued in their collective memory for generations.  And to think many Christians have interpreted this king as a stand in for God and had him punishing the Jews for not accepting Jesus.  Christendom turned a story about a violent and ruthless king into a justification for hating Jews.  Jesus would be horrified!

Having burned the city, “He said to his servants, ‘The wedding party is prepared, but those who were invited weren’t worthy (that’s why he destroyed them). Therefore, go to the roads on the edge of town and invite everyone you find to the wedding party.’”  The servants go to the roads on the edge of town because that’s the only place there are people still alive and they are homeless since Jerusalem has been totally destroyed.  The servants are to “invite” any survivors they can find.  Do you think there might be some political spite in this? Herod will have his wedding party and he will invite those who survived the massacre. Seeing what has just happened, do think they will refuse?

“Then those servants went to the roads and gathered everyone they found, both evil and good.”  In war evil does not get separated from good.  Good ones and bad ones are both killed for the killing is random and now those who have survived are “invited” guests to the kings wedding party.  This time they have a full house; all there by coercion.

Jesus’ story now shifts.  It’s like a key change in music.  “Now when the king came in and saw the guests, he spotted a man who wasn’t wearing wedding clothes.”  Everyone had been issued a special gown, a common practice at weddings, that covered their street clothes but this man wasn’t wearing one.  He was different from all the rest and stood out conspicuously.  The king “said to him, ‘Friend, how did you get in here without wedding clothes?”  It’s the same question the religious leaders asked Jesus.  By what authority did you do what you did when you created that scene in the temple?  Jesus, you were in the temple but you weren’t wearing the sprinkled blood of sacrifice that is supposed to cover your street clothes and make you worthy of being in God’s house!  The text says the man was speechless.

Who was speechless before his accusers? As Isaiah prophesied, “As sheep before their shearers are silent, so he opened not is mouth.” As the old African American spiritual says, “He never said a mumbling word.”

In three days Jesus will stand mute before his accuser because he knows we will never see who we have become and what we do until we see what we do to him and then experience his forgiveness.  He could have spoken up and saved himself from his suffering, but we would never have believed him then.  To communicate the truth he must allow himself to go through our hell.

Like the man with no wedding clothes, Jesus, the nonviolent one, stood out from all the others and the powers of this world saw him.  He knew that crashing the party would lead to his expulsion but he did it anyway.   He was the one bound hand and foot and cast out where there is weeping and gnashing of teeth.  On the hill outside Jerusalem where he was crucified, many wept and others gnashed their teeth as they poured their venom into him.

And now for the point toward which the story has been driving!  Yes, the robe-less man is Jesus himself and this is Jesus’ answer to the question of his authority.  Jesus has authority because he is God’s son who takes upon himself the violence, the sin and the suffering of the world.  His willingness to suffer violence rather than impose it shows he is from God. The cross and resurrection is the action that answers the question of his authority. He stands with us when we are the scapegoats and also takes the place of our scapegoats; the ones we despise and cast out, so that we can see what we do and repent of it as we discover ourselves forgiven. This is the measure of his love, this is the Good News; awareness of this is living in the kingdom of heaven.

And what do you make of the cryptic, “Many people are invited, but few people are chosen?”  I think it’s an invitation to join Jesus that has within it the awareness that most won’t.  It’s an invitation we can refuse.  We can refuse it because the kingdom of heaven is always nonviolent, without coercion but brimming with good news. Amen.

Image: By Allan Ajifo [CC BY 2.0 (http://creativecommons.org/licenses/by/2.0)], via Wikimedia Commons.

October 24, 2017 What I Learned from My Muslim Uber Driver
Recent Comments
0 | Leave a Comment
Browse Our Archives
get the latest from
Teaching Nonviolent Atonement
Sign up for our newsletter
POPULAR AT PATHEOS Progressive Christian
1