Sermon: Was Jesus Mumbling or Responding? 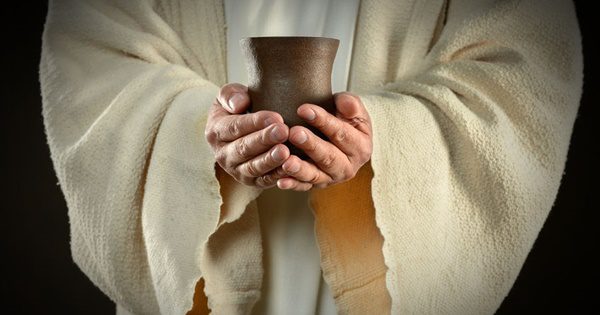 This is not empty philosophical speculation, endless and going nowhere.  This is about life and death, history unfolding and it is all in real time.

Was Jesus Mumbling or Responding?

Some Greeks have been to the Jewish Temple and now they want to see Jesus. They approach Philip of Bethsaida of Galilee with their request and he goes to Andrew, the brother of Peter, also from Bethsaida and then the two of them go to Jesus. Apparently going to Jesus with a request for an audience with some Greeks stirred up discussion and neither Philip nor Andrew wanted to approach Jesus alone.

Jesus’ response to the Greeks seems on the surface to be a non-sequitur. “Jesus answered them ‘The hour has come for the Son of Man to be glorified….’ That’s no answer, that’s changing the subject.  They say “Sir, we wish to see Jesus,” and he replies “The hour has come. Very truly I tell you, unless a grain of wheat falls into the earth and dies, it remains just a single grain; bit if it dies, it bears much fruit.”

The Greeks want to talk about ideas, philosophies, thoughts and abstractions—the world of the mind, the intellect, but it is a world that is disembodied, lived outside of time and space, cold, sterile and antiseptic safe, where people of privilege can afford to speculate about life because they don’t have to pay their own rent. These Greeks have been on a field trip to the Jewish Temple.  Now they want an interview with Jesus to ask a few questions, and engage him in some cool speculations about the nature of reality.  It is the kind of thing you have time for when someone else washes your dishes and makes your bed.

Is reality the chair you sit on or is reality the idea of a perfect chair outside time and space?  That’s Greek philosophy. Participants in such discussions score points for clever answers and enjoy the competition to determine who is the smartest of them all.

There had been a long cultural dispute between Greek culture and the more traditional and conservative Jewish culture.  When Greek culture, philosophy and life-style swept in with Alexander the Great in 164 B.C.E. it either swept other cultures up in it or put them into a defensive posture as they attempted to maintain their identity.  The Jews had a successful war to resist it, led by the Maccabee brothers, but 150 years later, with the coming of the Romans who supported Greek culture, traditional Jewish culture was again under threat.

All through Galilee there were new, “modern” Greek cities being built with places for the performance of plays and gymnasiums for the men, all in the “modern” Greek style.  We think Jesus knew about Greek culture and when he was in the carpenter business may have been one of the workers who built those cities in Galilee.  This history of Greek and Jewish relations may explain Philip and Andrew’s hesitancy in setting up a meeting between the Greeks and Jesus.

When Andrew and Philip asked Jesus if he wants to meet the Greeks he replied, “The hour has come for the Son of Man to be glorified” Is Jesus just muttering or is this his response? At first I saw no connection but the more I thought about it, the more convinced I became that his muttering was his response.

Instead of entering the false world of abstraction, speculation and empty debate, Jesus responds with what is happening now in the real world.  The time has come for the Son of Humanity to be glorified. His response is personal, in history, self-revealing and gives them something substantive to chew on. This is not empty philosophical speculation, endless and going nowhere.  This is about life and death, history unfolding and it is all in real time.

Often when people get together to debate and speculate about things you can’t really settle, they are all hoping their reflections will bring them glory when the others in the group say, “Wow, he is so smart. Look at him. I would never have thought of that.”  That’s what every one of these debaters would like; to have Jesus acknowledge they are right and so win the debate and receive the glory.  But we know that to be glorified in John’s gospel is to be lifted up on the cross like the bronze snake lifted up on a pole.  To be lifted up like that is not the usual understanding of glorification and certainly not one any debater would welcome.

These Greek intellectuals, who live in their minds and in an imaginary world beyond time and space, flesh and blood, hunger and thirst, have just encountered Jesus who lives in the world of time, history and movement toward an end. Jesus’ real world contains deadlines and bosses and carpenter’s measurements that have to be precise.  When he announces that the hour has come for the Son of Man to be glorified, his announcement is already a critique of the unreal world they prefer. In fact, he must be glorified to reveal the anthropological truth that is the real world that their philosophy attempts to keep hidden.  And to make their philosophy work they have had to sacrifice many real relationships and especially the real relationship between the privileged and those who serve privilege.  It’s the required collateral damage. But the time has come for all of this to be revealed when Christ is “glorified” on the cross.

Jesus’ world is gritty and hands on.  Could this grittiness, in contrast to the ethereal reality-hiding world of the Greeks, be the reason this text was chosen for the fifth Sunday of Lent?  The glorification of Jesus shows all humanity the human connection that Greek philosophy was attempting to hide. Jesus on the cross shows us what we do to one another.  It reveals our shameful connection.

Since they had just visited the Jewish Temple maybe the Greeks were looking for something solid to build their lives on.  How about, “Very truly, I tell you, unless a grain of wheat falls into the earth and dies, it remains just a single grain; but if it dies, it bears much fruit.” All of this is Jesus’ answer to them.  Get real, real wheat, real germination, real death and real fruit. Greek philosophy said the real was in universal forms outside time and space – mathematical formulas, aloof, and abstract.  Jesus on the other hand, lived in his body, lived in time and most importantly, lived in relationship with people he loved.

It’s easier to understand Jesus when you understand the audience to whom he was speaking. To Greeks, used to privilege and life viewed from a safe distance Jesus says, “Those who love their life (privileged, insulated and minimally related to the real) shall lose it, and those who hate their life in this world will keep it for eternal life.”

If “Those who hate their life in this world” means those who hate the rivalry, violence, and meanness they feel forced to live in, I feel that too. And if the writer who used “eternal life” means “to have a share in the life of God’s new age” as N.T. Wright says it means, I find it life giving.  Otherwise, “eternal life” gets read through the lens of Greek philosophy, the very thing Jesus is countering in this conversation with the Greeks.

In contrast to the aloofness and emotional non-involvement the Greek world-view assumes, Jesus offers a hands-on, full bodied, and personal alternative.  “Whoever serves me must follow me and where I am, there will my servants be also.” No separation into the elites and the common run. Servants and masters occupy the same plain and engage in the same project—working toward the promised arrival of God’s new age.

March 23, 2018 The Spirituality of Pope Francis, Fake News, and Holy Week – The RavenCast
Recent Comments
0 | Leave a Comment
Browse Our Archives
get the latest from
Teaching Nonviolent Atonement
Sign up for our newsletter
POPULAR AT PATHEOS Progressive Christian
1 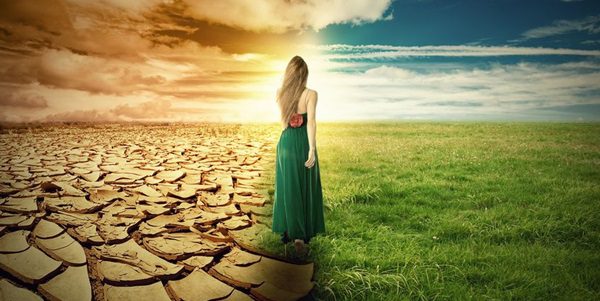 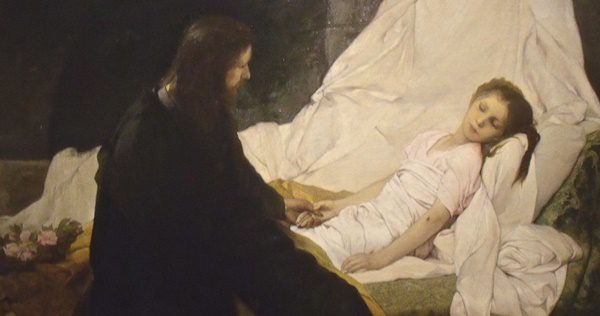 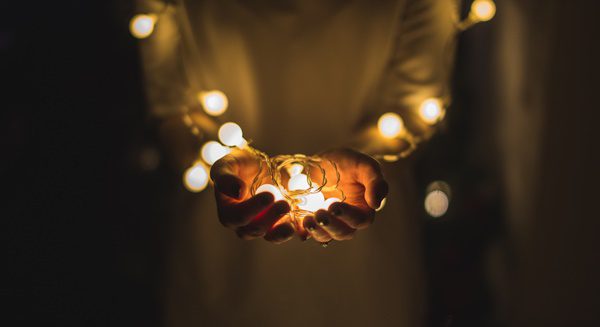