The Prophetic Moment – Women Rising Up 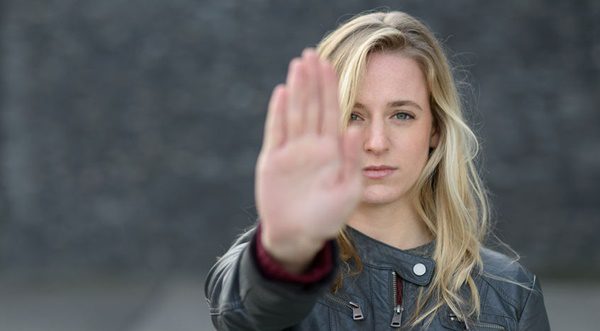 The following is a sermon I preached at Clackamas United Church of Christ, near Portland, Oregon.  The scripture texts were Jeremiah 11:18-20 and Mark 9:30-37. You can read the text or watch the video below.

Today I need to tell you about the ancient prophets because they were a radical group of men and women.

We often think of prophets as people who simply predicted the future. This popular understanding of the ancient prophets treats them like fortune tellers who look into a crystal ball that reveals future events.

That view of the Hebrew prophets doesn’t do them justice. The prophets had many roles in ancient Jewish society, but there’s one thread that unites them all – the ancient prophets critiqued the political and economic and religious status quo. They looked at the corruption in the world that they refused to accept that the world is supposed to be that way. They believed that God was on the move, active in the world. They believed that people always had a choice to participate with God in making the world a better place. Sometimes the kings and other rulers listened to the prophets and followed their counsel. But the prophets often risked their lives as they spoke truth to powerful rulers who would often rather amass more wealth and power than help their people.

But I want to tell you about one of my favorite prophets in the Bible. Her name was Huldah. The King at the time as named Josiah. He found a book in the Temple that had been lost for about 400 years. When Josiah found the book, he and the priests had two problems. First, they didn’t know if the book was authentic scripture or if it was just made up. And second, if it was authentic, they didn’t know how to interpret its meaning.

Huldah asserted the book was authentic scripture, but she didn’t have good news for the king. In this book, God commanded the rulers and the wealthy people to care for the poor, weak, and marginalized. And Huldah claimed that in the centuries that this book was lost, Israel failed to do what God commanded in the book.  Because of that, there would be severe consequences. Huldah warned that because the rulers failed to care for those in need, the nation would fall.

The prophet Huldah challenged the status quo of the rich and powerful and King Josiah listened to her. He tried to change the ways of Israel before it was too late. He enacted many religious and societal reforms aimed at caring for those in need. But his sons who after him became kings didn’t follow in Josiah’s ways. Nor did they didn’t listen to their prophets. They were corrupt and cared more about keeping their wealth and power than for caring for the poor, weak, and vulnerable.

Huldah was a relative of the prophet Jeremiah. Some think she was his aunt. Jeremiah and Huldah were very similar. Like Huldah, he challenged the status quo. He spoke truth to power, only those in power refused to listen to Jeremiah.

As kings, Josiah’s sons built palaces with expensive cedar trees and they purchased the most lavish furniture. They refused to pay their workers and they ate and drank the most exorbitant food and wine. According to Jeremiah, enjoying life wasn’t evil in and of itself. What was evil was refusing to pay workers and forgetting about those in need. Jeremiah scolded the new king, saying,

Are you a king because you compete in cedar? Did not your father eat and drink and do justice and righteousness? Then it went well with him. He judged the cause of the poor and needy; then it was well. Is not this to know me? says the Lord. But your eyes and heart are only on your dishonest gain, for shedding innocent blood, and for practicing oppression and violence.

Jeremiah spoke up for the needs of the people. The king’s job was to care for those in need, but the new kings refused. Their father Josiah ate and drank the finest food and wine. He lived a life fit for a king. For Jeremiah, being rich and enjoying life wasn’t the problem. The problem was ignoring the needs of the poor and marginalized.

But Josiah’s sons refused to listen to Jeremiah. In fact, the more he spoke up, the more the kings and other rulers turned against him. Our passage today tells us that Jeremiah was like a lamb led to slaughter. The king and his friends schemed against Jeremiah. They persecuted him and tried to kill him. Jeremiah had no rest because he was always on the run from his persecutors. And yet he continued to blow the whistle on the corrupt kings because he believed that a better world was possible. Despite Jeremiah’s warnings that the whole nation would fall unless the kings changed their ways, the kings refused to listen and soon the nation fell to the violence of the Babylonian Empire.

Jewish history shows us that in every generation, prophets rise up during times of corruption and oppression. About 600 years after Huldah and Jeremiah another prophet names Jesus rose up. Jesus challenged the status quo. He spoke truth to power. He refused to accept the way things were because he knew it could be so much better.

Jesus not only preached the Kingdom of God, but he was also the embodiment of the Kingdom of God. Jesus entered a world where people were starving. So he fed them. People suffered from illness and disease. So he cured them. The political and religious establishment were corrupt. They amassed tremendous wealth and power all, while they forgot about the needs of the poor and vulnerable.

But they didn’t just forget about the needs of the vulnerable, the rulers oppressed the vulnerable. They increased the taxes on the poor and kept much of the money for themselves and to pay off the Roman Empire. It was an oppressive and abusive system.

Jesus wasn’t killed because he said we should just love one another, including our enemies. He was killed because like the prophets before him, Jesus challenged the status quo. But he didn’t challenge it with violence. Meeting violence with violence only reinforces the status quo of violence and oppression. He challenged the political, economic, and religious abuses of his day through acts of nonviolent resistance.

He refused to claim any status of greatness for himself and he rebuked his disciples for arguing about which one of them was the greatest. That’s because being “great” in the eyes of the status quo is about having power over others. Whenever people boast about their own greatness, we know they have missed the plot. Jesus reminds us that being great isn’t about power over another. It’s about service towards others.

Fortunately, God is still on the move today. We have prophets among us. Only we are more likely to call them whistleblowers. They critique the status quo and they proclaim a better world.

In fact, we are in a prophetic moment right now. I don’t know what this week will bring, but I do know that, like a prophet, Christine Blasey Ford is challenging the status quo of male dominance over the female body. What she says happened to her some 30 years ago has happened to far too many women before and since.

And the powers that be refuse to listen to her. In fact, like with Jeremiah and Jesus, they are trying to silence her with death threats, intimidation, and shaming tactics. The President, the most powerful person in the world, tweeted on Friday that, “I have no doubt that, if the attack on Dr. Ford was as bad as she says, charges would have been immediately filed with local Law Enforcement Authorities by either her or her loving parents. I ask that she bring those filings forward so that we can learn date, time, and place!”

I bring up this culture moment and that tweet because, if you are like me, you find yourself tempted to despair because of where our country seems to be headed. But this is a moment of hope. Because the President’s tweet backfired on him. It has 75,000 replies, mostly women with a few men rising up to tell their stories about abuse with the hashtag #whyididntreport. These courageous women refuse to be silenced.

And just like the prophets Huldah, Jeremiah, and Jesus, Christine Blasey Ford refuses to be silenced. She will speak her truth. And when she speaks her truth, she will also be speaking the truth for millions of women and men who have suffered physical and sexual abuse.

Again, I don’t know what this week will bring. But I do know that it’s time for men to listen. It’s time for us to realize that this cultural moment is not just about a Supreme Court nomination, as important as that lifetime appointment is. It’s also about women rising up as prophets to proclaim that a better world is possible. They are rising up to say “no more” to a corrupt and violent culture that allows for abuse and sexual assault. And this moment is about men saying I hear you and I rise up with you to say “no more of this.”

So may we rise up together to create a more just, honest, and caring world for all people. Amen.

September 21, 2018
Bert And Ernie Need Not Be Officially Gay. But Someone On Sesame Street Should Be.
Next Post

September 30, 2018 Judge Kavanaugh, Women's Empowerment, And Restorative Justice
Recent Comments
0 | Leave a Comment
"Great reflect. Makes me think that I've heard it said that the 3 most powerful ..."
Mark Zaegel Toxic Christianity: 3 Things We Can ..."
"Christianity becomes toxic when it allies itself too closely with any extraneous political or social ..."
Harold Porter Toxic Christianity: 3 Things We Can ..."
"I hope that the day will come when there will be a deeper and more ..."
David B. Miller Is Pacifism A Luxury?
"I often wonder about the parable of the good Samaritan. What if, in Jesus' story, ..."
Newton Finn Is Pacifism A Luxury?
Browse Our Archives
get the latest from
Teaching Nonviolent Atonement
Sign up for our newsletter
POPULAR AT PATHEOS Progressive Christian
1