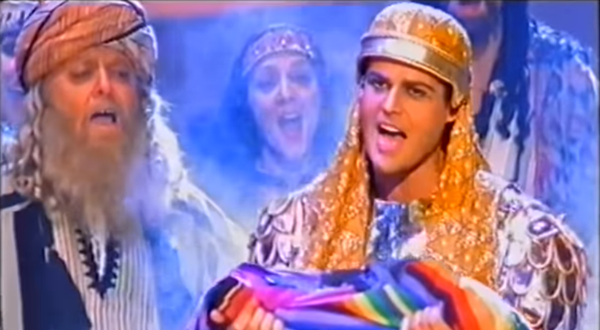 Welcome to the Girardian Virtual Bible Study! Each week we explore the lectionary passage with the help of René Girard’s insights into human relationships. We hope you enjoy this installment of the GVBS. Join us next week at 10 am Central on the Raven Foundation Facebook page for the live show. The show notes and video recording are below. This week’s episode explores Epiphany 7, Year C, Genesis 45:3-11, 15 and Luke 6:27-38. You can subscribe to the GVBS on Podbean! If you want more on these passages, we highly recommend Michael Hardin’s book, “Reading the Bible with René Girard: Conversations with Stephen E. Berry.”

Have you ever been through a national emergency? I mean like a real “oh-my-goodness a hurricane is going to destroy our neighborhood or we just got bombed by some country that uses lots of bombs thinking it will achieve peace” kind of national emergency?

Joseph was his father’s favorite son – and his father had 12 sons! So Joseph’s 11 brothers were jealous of him. Do you remember that coat Joseph’s dad gave him? Well, his brothers all wanted it – not so much because the coat had many colors – but because the coat symbolized the love of their father.

The coat, along with Joseph’s dreams of being the biggest and brightest star among his siblings, led his brothers to unite against him. They projected all of their sibling rivalries upon Joseph. They threw him in a pit and left him for dead. But then they discovered they could make a little money off the poor kid by selling him into slavery in Egypt.

Joseph started in slavery, but he worked his way up by interpreting Pharaoh’s dreams. He becomes Pharaoh’s right hand man – in our passage today, Joseph says he is even Pharaoh’s father, lord of Pharaoh’s house, and ruler of all the land of Egypt. In other words, Joseph is kind of a big deal.

It’s a little mind boggling how Joseph worked from being a nobody-son-of Israel to an Egyptian slave to ruler over all of the land of Egypt. Joseph says that God was behind it all.

Does Joseph seem to have a big ego to you? There are politician who gain power and think that God was behind it the whole time. Is Joseph like that?

I don’t know, but here’s the thing: Joseph had a massive national emergency on his hands. There was a huge famine in the land! He interpreted Pharaoh’s dream about some fat cows and some really skinny cows, which *of course* meant there would be a famine in the land!

Joseph prepared for the famine by storing up some extra food. But the famine wasn’t just in Egypt. It also affected Jacob and his sons. In other words, Joseph’s brothers were starving. They traveled to Egypt hoping to get some food. Little did they know that they would come face to face with the man they sold into slavery. The brother’s do not recognize Joseph.

Okay, there’s a ton of drama that happens. Really. Someone should make a movie. Or a play. Joseph tests his brothers to see if they have learned anything since they betrayed him all those years ago. Joseph sends them home, but he puts a royal cup in Benjamin’s travel bag. As they leave, Joseph accuses his brother’s of stealing a cup. They all deny it, but when the guards search the bags, they discover that Benjamin is the thief!

Benjamin, you nasty youth! Your crime has shocked me to the core!

Joseph threatens to lock Ben up in jail for a long time, but then Judah says, “I will take my brother’s place.”

Judah is the real hero In this story. He is the anti-scapegoater. It’s because Judah is willing to take the place of the victim that Joseph realizes his brothers (or at least one brother) has learned from his mistakes of scapegoating Joseph all those years ago. This softens Joseph’s heart and he is able to forgive his brothers.

But really, would you ever think about forgiving those jerks? I don’t know if I would. Not only does Joseph forgive them, he also provides for them. And he says that God planned all of this.

What did God plan? God planned that Joseph would provide. In the end, Joseph didn’t scapegoat his brothers. He could have said, “You jerks! Justice demands an eye for an eye! You sold me into slavery, now I will make you slaves!” Or, “You foreigners! You are the problem!” But he didn’t do that. In response to the national emergency of his day, Joseph wasn’t motivated by a sense of fear of scarcity. Instead, he trusted in the God of abundance. He trusted that there would be enough for the Egyptians and for his brothers.

Interlude – When the Demand to Forgive is a Weapon

Joseph is able to forgive his brothers and this leads to a beautiful story of reconciliation. But it’s important to be careful because the demand to forgive can become a weapon. People who have been wronged on a society scale are often told to just forgive. The message is often, “Don’t work for justice. Don’t try to change society. Just forgive and don’t try to change anything.”

The point of the Joseph story is that he is in a position of privilege. In the end, he didn’t use his privilege to seek revenge. Rather, he used his privilege to care for those who were vulnerable. It took Joseph time to forgive his brothers. But he not only forgives them, he also provides for them. Joseph was in a place of privilege and he used his privilege to help not only the Egyptians, but his enemy brothers, who, as foreigners, would have made easy scapegoats. In other words, he came to the position of loving his enemies. Which brings us to the Gospel passage…

Jesus Transforms our Understanding of God and our Pattern of Behavior – Luke 6:27-38

This passages continues Luke’s “Sermon on the Plain.” In this passage, Jesus emphasizes forgiving and loving your enemies (see the interlude above).

René Girard is immensely helpful for understanding this passage. Girard emphasizes the anthropology of the Bible – in other words, the question is, “What truth is this saying about human interactions?”

Now, there are times when we need to love our enemies from a distance. As we discussed in the interlude, this passage has also been weaponized. The phrase “bless those who curse you, pray for those who abuse you” has been used by pastors to encourage women to stay in abusive marriages. That’s a tragic example of how the words of Jesus have been weaponized against vulnerable people.

No one should be in an abusive relationship. That’s why Jesus advised his followers that when they go into a town and people don’t accept the Good News, they should shake the dust off their feet and move on. To love your neighbor as yourself sometimes means that you have to love yourself enough to bless your neighbor, wish them well, and walk away from them.

Jesus gives very practical advice on the human level, but Jesus also transforms our understanding of God in this passage. He says that if you follow his teachings, “you will be children of the Most High; for he is kind to the ungrateful and the wicked. Be merciful, just as your Father is merciful.”

Image: Screenshot from YouTube, Joseph and the Amazing Technicolor Dreamcoat

February 19, 2019
Power To The People On President's Day
Next Post

February 25, 2019 How To Solve a National Emergency: Religion, Politics, and the Common Good
Recent Comments
0 | Leave a Comment
Browse Our Archives
Follow Us!