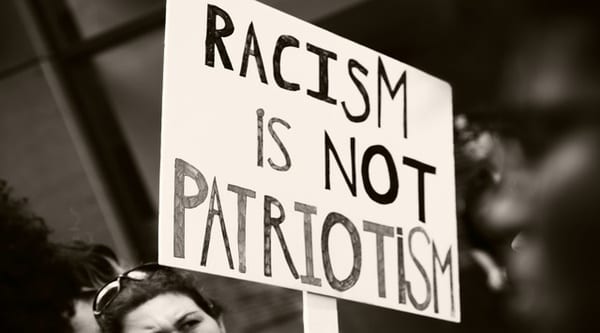 The following is a sermon I preached at Clackamas United Church of Christ, near Portland, Oregon.  You can read or watch the sermon below. The primary scripture texts were Isaiah 6:1-13 and Luke 5:1-11.

In the Gospel passage today, we meet some fishermen who have fished all night but caught nothing. They come in and Jesus teaches the crowds from their boat. When he finishes teaching, Jesus tells the fishermen to go back “out into the deep water…”

And I want to pause here for a minute, because whenever ancient Jews talked about “deep water” it was code word for chaos.

The water, the ocean, the lake, any body of water, was chaotic. You never knew if the water was going to be calm one minute and chaotic the next minute. We see this in the first chapter of the Bible, Genesis chapter 1. The waters of the earth were chaotic and the spirit of God hovers over the water to bring order.

Our ancient ancestors associated water with chaos. The waters of the earth can be very dangerous. The Jews made this association, but so did many others. The ancient Babylonians, for example, thought that a god named Tiamat was the god of the sea. Tiamat was a god of chaos. You never knew if the god Tiamat, and thus the sea, was going to be calm and peaceful or chaotic and deadly.

And here is Jesus sending the people out into the sea. Out into chaos.

Those who first heard this story would have heard the symbolism in this story. There is chaos in the world. And that’s where Jesus is sending us.

Can you relate? Do you ever feel like the world is in chaos?

That’s how Jesus first disciples felt. They were safe on the land and shore. And yet, Jesus sent them back into the chaos.

But the sea wasn’t just a symbol of chaos. That night it was also was also empty. The fishermen were out in the sea all night and they didn’t catch a thing. There were no fish.

It was chaotic, dangerous, and, even worse, pointless for them to go back into the sea. They were exhausted after a long night of pointless fishing. And now Jesus told them to go back. One of the fishermen, a man named Simon, told Jesus that they fished all night and caught nothing. Simon just finished cleaning his nets, which was quite an ordeal in itself. Simon felt that it was pointless and hopeless. But he also trusted Jesus and went back into the sea.

Sometimes the world seems so chaotic that we begin to think that there is no point. Nothing we can do will help. We feel defeated and cynical. Simon could have said, “Are you kidding me, Jesus? We’ve been fishing all night. There are no fish out there. It’s pointless.”

I don’t know about you, but I feel especially jaded, cynical, and hopeless when it comes to the chaos of our current political environment. Our political situation is dominated by lies and scapegoating. From the top down it’s chaotic and it’s meant to be chaotic so that we constantly move from one scandal to the next.

Guess what. Jesus comes to us exactly in these situations and says, “Get up. Get back in your boat. Go into the chaos and catch some fish. Because the world doesn’t need any more cynicism. The world doesn’t need any more lies and scapegoating. The world needs hope. The world needs the truth of the Gospel that says God loves you and me and calls us to love one another as we love ourselves and work for a more just world for all people.

I’m the first to admit that this isn’t easy, but that’s exactly why it’s important. We live in a culture that runs on lies and scapegoating, as opposed to a culture that emphasizes love of neighbor.

In our Hebrew Scripture lesson this morning, Isaiah meets God, who sends Isaiah on a mission. Isaiah says he is unworthy of this mission because he is a man of unclean lips and he lives among a people of unclean lips.

The truth was found in Isaiah’s sacred scriptures that said all people are created in the very image of God. The truth is that all people have an equal sense of the holy and the sacred within us.

The lie that Isaiah’s culture believed is the same lie that our culture believes. And that lie gives us all unclean lips. It’s the lie that says some people are more worthy than others. The political, economic, and religious rulers of Isaiah’s and of Jesus’ day believed that the rich and powerful were more worthy than the poor and the destitute. This lie was so pervasive that, tragically, the poor and destitute began to believe the lie, too.

Here’s the thing about the lie that some people are more worthy than others – it is based on scapegoating, but scapegoating brings a false sense of order. It creates the status quo, which is a way that we order ourselves by knowing who is worthy and who isn’t.

When a people believe in this lie so fervently, they become consumed by a spirit of hostility and they eventually destroy themselves. That’s the warning at the end of our passage in Isaiah. Isaiah asks “How Long, O Lord?” How long do we have to wait until things change?

And God responds, “Until cities lie in waste without inhabitant, and houses without people, and the land is utterly desolate.”

The people refused to hear the truth. Instead, they believed a lie that led to chaos and disaster.

Every Sunday I try to offer an example of how the biblical text relates to our lives in our modern world. Jesus sent his followers back out into the sea, into the chaos, and because they trusted Jesus, they found an abundance of fish. And Isaiah’s warning remains true, if no one goes into the chaos and the lies, then the cities will lie in waste and the land will be utterly desolate.

Jesus sends us back out into the chaos of the sea. And we know that there is plenty of chaos out there. I mean, take your pick on the chaotic scandal of the day. There are times when I go out into the chaos, and it seems to infect me. I absorb the chaos into my life. Like Isaiah, I am a man of unclean lips, in part because I live in a culture that has unclean lips! Which brings up a question – How do we go into the chaos without being infected by the chaos?

Let me give you an example. Racism in America has been part of the tragedy and chaos of our history. We recently discovered that the Governor of Virginia appeared in blackface in his medical school yearbook. Governor Northam stumbled over an apology and refused to resign, despite many calls for him to do so.

I think the best response I’ve seen to this situation comes from African American pastor and theologian William Barber II. In my opinion, William Barber is the most important theologian alive today. In an article for the Washington Post, Barber talks about Governor Northam’s offensive black face picture and writes, “To African Americans who have survived the status quo of American racism, this is hardly a surprise.”

And I think we can all agree that no one should wear blackface. But Barber then makes the most important point I’ve seen about this issue. He says, “Scapegoating politicians who are caught in the act of interpersonal racism will not address the fundamental issue of systemic racism.” There are consequences to Governor Northam’s personal actions, but, as Barber claims, “If anyone wants to call for the governor’s resignation, they should also call for the resignation of anyone who has supported racist voter suppression or policies that have a disparate impact on communities of color.”

If we think getting rid of Northam will suddenly clean our lips or make us good people, then we are scapegoating him. Getting rid of Northam won’t solve the problem of racism in the US. No matter what happens with Northam, his story is a tragic reminder that we, especially those of us who are white, have more work to do to end structural racism in our country.

Jesus tells us to get back into our boat and go out into the chaos. To work, vote, and pray for a transformed society where political, economic, and educational policies are no longer heavily influenced by racist structures of white supremacy.

And one of the many things that I love about our church is that we’re all in the same boat together. And I love our boat. Even when all seems hopeless and chaotic, Jesus tells us to get back into our boat. And here we are together. We are members of the body of Christ and the body of Christ is gay, lesbian, and straight. It is black, brown, and white. It is Democrat and it is Republican. And personally, I need you in this boat that we call the church. The fact that this church, in all of our diversity, continues to meet week after week – you give me hope. You help me fight back the cynicism that the world is just a chaotic mess. Indeed, the world is a mess, but it is also full of truth, beauty, and goodness. And I am grateful that this church helps me see that truth and live into it.

May we continue to give each other hope as we work for a more just and loving world. Amen.

February 14, 2019 The Wicked Truth about Love - Suzanne Ross on the RavenCast
Recent Comments
0 | Leave a Comment
"MyNulled.in - Latest Premium Wordpress Themes, Wordpress Theme Nulled, Download Wordpress Theme Nulled, Download Latest ..."
Mynulled Children, Creation and Incarnation: The Neverending ..."
"Which leaves many in a quandary doesn't it. What to believe about a book that ..."
Bob Shiloh Why You Should Run from “Bible ..."
"agree"
barbara fulcher Why You Should Run from “Bible ..."
"Jews For Jesus!Jesus was the Son of David. He is what politics are meant to ..."
MegaMAGAloveUSA! Sermon: Jesus Had a Political Agenda
Browse Our Archives
Related posts from Teaching Nonviolent Atonement