Samhain Season: 4 Ways I Work With the Dead

I’m of the mind that the dead are present in various forms all year round.  But now is the season when we think about them the most, probably with good reason.

Many traditions believe that the veils (a metaphor describing the separation between this world and the next – or others) become thinner not at just this time of the year, but at another as well.  This second instance would be in the time-frame of Beltane, which is opposite on the wheel of the year -if you follow that model.  That may seem odd, but it’s really not if you think about it.  Beltane is a time of coupling, fertility, conception, as well as of birth for many animals.   It is a clear sign of the awakening of the Earth.  Birth and Death are mysteries that are deeply intertwined, so entries and exits are essentially linked.

Of course, people aren’t generally exiting life at this time of year specifically.  But we are witnessing (in this hemisphere) the encroaching blanket of Death as the days get shorter, the trees change colors and shed their leaves, plants finish their cycles, and wildlife prepares for winter.  The kiss of Death around us reminds us of our own mortality. This reality in turn summons the memories of those who have passed on before us.

So with this in mind with Samhain nearly upon us, I thought I would talk about 4 ways that I work with the Dead in my practice.  FYI – I’m not saying these are the only ways – these are just the ones I’m writing about at this moment –that are also relevant to my own path.

1) In Memoriam
Our ancestors typically thought it was a smart idea to remember and appease the dead.  It was good insurance that the living wouldn’t join the dead sooner than expected.  Similarly, in remembering the dead, we comfort ourselves in the thought that we too will be remembered when we pass.  In my personal practice, this happens in a few ways:
The Familiar Deceased: Pictures and items pertaining to recently deceased family members can be found on my altars.  These are people who I am related to, who had an impact in my life, and who I may continue to communicate with.  I may ask them for guidance, but I’m not exactly “doing Witchcraft” with them.  Many people wonder about how family members may feel about what they’re doing, especially if there’s a difference in faiths/beliefs.  I tend to be of the mind that when we die, we get a better grasp on the bigger picture and focus more on what’s important.  Yet it’s important to be respectful. For example, I know my grandparents have always loved me, no matter what I did in life.  I’m pretty damn sure they still feel that way, but I’m not going to invite Pan and Grandmom into the same space.

The Ancestors: I have a nightly meditation that acknowledges not only the familiar deceased, but all of the people who have come before me that I do not know.  I don’t really know if they’re watching out for me, if they care at all to see what has come out of their family trees, or if they’ve moved on – but I like to give them a nod as a group.
The Mighty Dead: To me, the Mighty Dead are the relatively recently deceased who may not be related to me – or that I knew personally while they were living, but I feel a connection to them. I recognize their contributions to my path – through my work, altars, and meditations. I may call upon them to assist in my work, and sometimes I find they show up to help out when I wasn’t even aware I needed it. 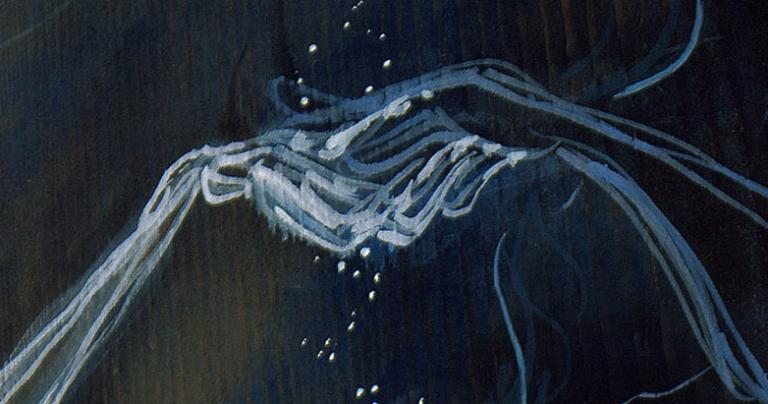 2) OPD: Other People’s Dead
So there’s my collection of dead folks, and then there’s other people’s dead folks.  Years ago, when I read professionally full time, I ran into them a LOT. Someone would come in for a Tarot reading, and little did they know, they brought company.  The disembodied, mostly-invisible kind.  Sometimes this was really helpful and healing, and sometimes it was annoying AF – depending on the person. In that setting, it wasn’t like a seance at all because rarely was the client intentionally trying to make contact with that spirit – and my job was to read their cards.  But surprise! OPD in the house! I consider them just another source of information in the “clair” family.

3) Psychopomp
A psychopomp is a guide whose job it is to escort souls to the next world. I believe it was in my early teens when my art was first called upon to be of service to the dead.  There may have been earlier instances, but the first one I clearly recognized involved being commissioned to make a piece of art for a deceased classmate. Since then I have made death masks, spirit paintings, memorial portraits, performed dances, and much more – to help ease and assist both the living and the dead. I didn’t set out to do it, but rather started to notice the pattern after about a decade or so.  It definitely is a sacred task that is incredible and humbling to be a part of.

4) Ghosts & Residual Energy
I have a lot of thoughts about ghosts and believe there are numerous kinds.  Probably worth a few blog posts, but I’m going to try and keep it short for this piece.  Most of the places I have lived, have had some sort of paranormal activity (hauntings, etc).  Some of it tied to the land, some to the building, some to objects, and others to people.  Much of it has been pretty harmonious, and I’m super glad I didn’t have to provide food and litter boxes for all of the ghost cats I’ve encountered. SO MANY CATS. But I digress.  For the point of this piece I will focus on two kinds of ghosts: cognitive ghosts and repeaters (my own terms).

A cognitive ghost is a spirit that is very much aware of its surroundings.  It can interact with the space, objects, and communicate with people. A cognitive ghost may be highly developed in what it can do, say, and remember – or it could be fixated on one specific issue. It can be seen as a trapped or earthbound spirit – something  or someone is holding it to this plane. If we consider the view of a triple-soul, perhaps the cognitive ghost is one part of that soul that’s still trying to take care of business. Some spirits get really excited when someone with abilities comes by – they love to try and make contact around 2-3am especially (aka the witching hour – probably because of energy patterns, etc).  Through ritual/spell/psychic-type work, a cognitive ghost can be aided in its task, or released from its fixation.  Or at least appeased/redirected for a while. Either way, you must be firm and focused.
Repeaters are something different – they’re essentially residual energy.  I don’t see them as conscious spirits that are able to interact or communicate, or a wayward piece of soul. Rather, I think they’re simply echos of past experiences that we sometimes happen to come across.  Like a current or a pattern, if someone does a task enough times, there can be a kind of time loop or imprint made.  They can be unsettling if you encounter them unexpectedly, but rarely do they have any sort of physical effect.  But a good cleansing of a home or space can help reduce or remove them – just like fingerprints on glass.

So there you have it – 4 ways that I work with the dead as part of my practice as a Witch. I don’t see the dead as something creepy, spooky, or weird – to me it’s just part of life.  Lastly, I don’t think that working with the dead is necessarily a requisite for being a Witch, or will be something that everyone will experience.  But I don’t think it’s that uncommon either. 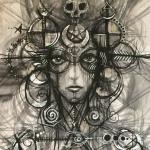 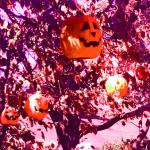 October 25, 2017 A Witch's Confession About Halloween
Recent Comments
0 | Leave a Comment
Browse Our Archives
get the latest updates from
A Modern Traditional Witch
and the Patheos
Pagan
Channel
POPULAR AT PATHEOS Pagan
1