A Witch’s Confession About Halloween

When I was a young Witchlet, the words Halloween and Samhain were largely interchangeable in the larger community.  Typically the phrasing would be something like, “yeah, Samhain – aka Halloween…” – this thing, also known as that thing, same thing – especially when dealing with the general public.  My understanding was that it was a way to say, “this thing is based on our beliefs, another connection to be aware of.”

As the years have gone by, more and more distinction, sometimes with the aid of a crowbar, has been made. Generally that Halloween is a secular, manufactured or other-faith origin day, while Samhain is sacred, witchy, and ancient. Which is totally fine, and something I find interesting to observe.  Human behavior, especially in regards to trends and changes, fascinates me.

For me personally, what has changed over the years is my relation to Sabbats (in the Wheel of the Year sense).  I’m not inclined to mark a specific day with a rite or celebration unless I feel called to do so.  Instead of focusing on a specific day, I am marking and observing a larger seasonal shift.

As I mentioned in my working with the dead post, some things aren’t seasonal to me either – they’re a year-round kind of thing. So if I’m remembering and working with the deceased on a regular basis (especially on their birth and death days), that tends to take the oomph out of a specific day or time that others may devote to it. I acknowledge Samhain, but I’m not likely to perform a specific rite on my own for it.

So what about Halloween then? Here’s my confession: I freaking LOVE Halloween.  To me, Halloween isn’t about remembering the dead, as much as it’s about celebrating life and its cycles.  It’s about playfulness, creativity, confronting fears, spooky stuff, and finding beauty and life in death and decay. It’s a celebration of the wyrd, weird, and wild.  It’s a time where sometimes you can really be yourself inside and out.

It’s not about dressing up or buying costumes, though I enjoy watching other folks do it. As someone who must outfit for the stage regularly, I don’t get much of a thrill getting into costume.  In fact, I have been known to snarkily refer to it as “amateur night” – but I still get a kick out of it.  (I’m a Gemini, I can be an asshole at the same time I love and enjoy something.) As someone who makes a living out of being an artist and thinking creatively, I love to see other people shift their consciousness to play.  I think it’s healthy and fun for folks to use those muscles more, to see how costume can transform the spirit – even just for one night.

Halloween represents creativity to me. In my family, we never bought costumes from the store or rented them – we made them from scratch and spare parts.  The first Halloween I can remember, my grandmother sewed for me an E.T. costume, and my brothers were Reeses’ Pieces (made from hoops and fabric).  Grandmom was a seamstress and could make anything with a pattern (and then some.) My dad has always been crafty with his hands, so there was the year someone was a Coke can, a Sony walkman, a can of Campbell’s soup, and other fun things. The Catholic school we went to had a Halloween parade for many years, until it was phased out by the time I graduated. Scares about razor blades and drugs in candy in the late 80’s and the infamous “you’re too old” (despite my brothers having done it through high school, so it was more about girls being out on their own at night fears) curbed trick-or-treating.  Mom still decorated the house though and pumpkins were procured and carved.

But as fears fueled by Satanic panic and stranger danger cut back on Halloween festivities, as I grew up, I found myself tied more deeply to the season itself. I became more aware and appreciative of the shedding of orange, yellow, and red leaves against brilliant blue skies.  The smell in the air and the temperature shift makes me feel even more alive every year – like waking up after slumbering under the heat of summer.  The telling of spooky stories and ghosts, of transforming of front yards into graveyards, bedecked in bones and cobwebs. Meanwhile the changing habits of the squirrels, rabbits, and birds talk of upcoming changes, and preparing home and self for the winter ahead.

Speaking of home preparation, it’s my favorite time of year to shop.  I try not to accumulate STUFF, but I love acquiring useful, well-made things that are decorated with some of my favorite witchy and spooky motifs.  Leading up to Halloween (and on serious sale afterwards), I refresh my stock of kitchen towels and linens – covered in ravens, owls, bones, and witches. I replace out broken mugs and dishware with new ones. I definitely needed that bin shaped like a giant black cat for a storage basket. So yes, it looks like Halloween at my house all year around.  And that makes me stupid happy.

It’s also why I love going to New Orleans this time of year.  (And when I lived in New England, it was a trip to Salem, MA.)  New Orleans is such a mix of old and new, grit and glitz, dead and living spirits – and it dresses up with no reserves this time of year.  But it’s not too crazy for someone who gets anxious around large crowds. We spend time with folks who are another kind of family, perform our art to add to the festivities at various balls and other events, and enjoy being alive in the middle of it all.

When you think about it, days and seasons can come and go without us doing anything about it.  We don’t acknowledge them because we HAVE to – the world isn’t going to stop because you didn’t do a certain ritual for a Sabbat. It will continue on.  But when we can find pure joy in revelry, in feeling more alive, in celebrating what makes us wyrd – that’s truly living and acknowledging the sacredness in life.

I hope you all have a very happy and playful Halloween! 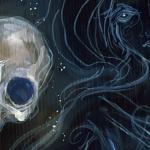 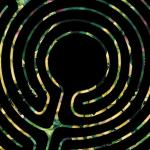 October 26, 2017 Navigating the Witch's Maze in Dark Times
Recent Comments
0 | Leave a Comment
"That was a good topic! I think that's one of the main misconceptions about the ..."
Amanda Ingalls When Should You Do A Spell?
"This was really helpful. I've been learning about witchcraft for about 6 months, and your ..."
gay man divine world When Should You Do A Spell?
"And I'm a crazy cat Guy...with three feline companion-helpers-advisors. Minerva is the grand dame of ..."
Kyllein MacKellerann The Cat Denizens of Witch Shops
"Guilty as charged, I am a crazy cat lady, too! Ironically, I only have one ..."
Amanda Ingalls The Cat Denizens of Witch Shops
Browse Our Archives
get the latest updates from
A Modern Traditional Witch
and the Patheos
Pagan
Channel
POPULAR AT PATHEOS Pagan
1

Hoodoo How We Do: Underwear Spells
Voodoo Universe
Related posts from A Modern Traditional Witch 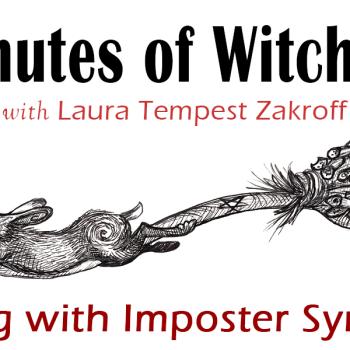 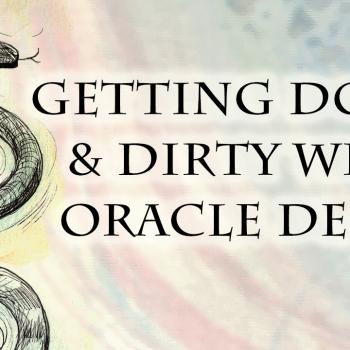 Pagan
Getting Down & Dirty with Oracle Decks
A Modern Traditional Witch 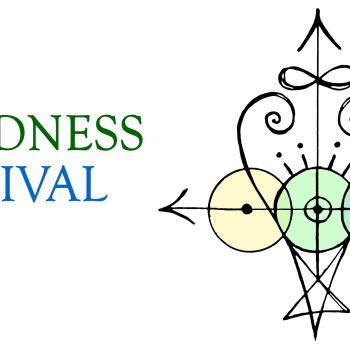 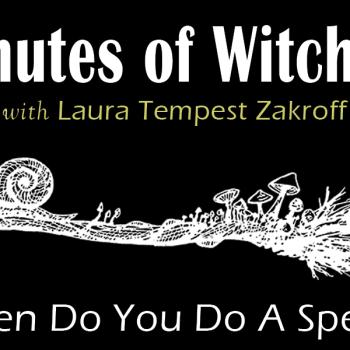 Pagan
When Should You Do A Spell?
A Modern Traditional Witch
TRENDING AT PATHEOS Pagan