Regular readers know I never use these GOP Things that get sent my way, but I liked this one. Great music, even if the lyrics are deplorable.

The film is rolling, and some are starting to wonder if it is curtains for America?

As an aghast world — from China to Chicago and Chihuahua — watches, the circus-like U.S. political system seems to be declining into near chaos. Through it all, stock and financial markets are paralyzed. The more the policy regime does, the worse the outlook gets. The multi-ringed spectacle raises a disturbing question in many minds: Is this the end of America?
…
One test of whether we are witnessing the end of America is how many more times Americans put up with congressional show trials of individual business people and their employees, slandering and vilifying them for their actions and motives. And for how long will they tolerate a President who berates business and corporations as dens of crime and malfeasance? If the majority of Americans come to accept the caricatures of business as true, then America is closer to the end of its life as a global leader, as a champion of markets and individualism.

And ummm…the bookkeepers say Obama’s numbers are off…way off. Off, as in it will be worse than we already suspect. I always did think they were pulling numbers out of their hats, over there.

Oy. Who is actually running this joint? That’s what I want to know.

Neo-neocon is feeling profoundly disturbed by many things.

March 21, 2009 Feeding Body and Brain
Browse Our Archives
get the latest from
Catholic
Sign up for our newsletter
POPULAR AT PATHEOS Catholic
1

When a Good Catholic Girl Goes...
Sick Pilgrim
Related posts from The Anchoress 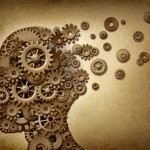 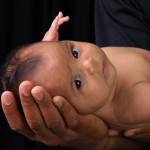 Catholic
Atomic Stupidity: Obama has all the Numbers! -...
The Anchoress

Catholic
"We will not be welcomed by the likes...
The Anchoress
TRENDING AT PATHEOS Catholic