The lives they had

I am awestruck over these two lives profiled in the NY Times Magazine; their stories included in the magazine’s look at notable deaths in 2009:

In 1948, polio came for the children of Willard and Euphra Mason of Lattimore, N.C. First it took 13-year-old Gaston, killing him in days. His sister, Martha, grief-stricken, terrified, knew on the day of her brother’s funeral that her aching muscles meant she was sick, too. She decided she would not go to bed: she would outrun the disease. But she could fight sleep for only so long, and she woke to her weeping mother mopping her forehead. At a hospital an hour away, she heard her mother say, when told to go home, that she had no home to go to. Instead, Mrs. Mason got a job at the hospital. When her daughter was transferred to another facility, she got a job there too.

An iron lung looks like an enormous metal coffin or a 19th-century rocket ship: only its occupant’s head is left outside, a tight seal around the neck. A series of pumps inflate and deflate the lungs. For Martha Mason, age 11, now a quadriplegic, the iron lung was a rocket ship home. After a year in the hospital, doctors sent her back to Lattimore in a machine paid for by the March of Dimes and told her parents to make her last year alive a happy one.

One day she noticed a copy of Marcus Aurelius’s “Meditations” on a bookshelf and read it. “Take away the complaint, ‘I have been harmed,’ and the harm is taken away,” it said. “Sometimes I pretended that my brother had left ‘Meditations’ there for me,” she wrote later. She lived that year, and the next. Her high-school teachers brought lessons to her every afternoon; her parents moved with her to the campus of a local junior college, and then to Wake Forest in Winston-Salem, where she attended class by intercom and majored in English. She graduated first in all three classes. Flat on her back, she’d outrun the disease after all.

Read on, and marvel; I wonder if I would dare to give a dinner party while in an iron lung? I wonder why I do not give more dinner parties, now.

I love the Marcus Aurelius quote:

“Take away the complaint, ‘I have been harmed,’ and the harm is taken away,”

What sane, healthy advise in a world where everyone is perpetually offended and hurt. And how merciful it is both to others and to ourselves. I have put it on my wall.

We hear a lot of talk about “quality of life” issues -they go hand in hand with “Obamacare” issues and pro-life issues. My bottom line is always this: one person’s life may seem wasted, or unenviable, or horrifically difficult to another, but it is the life that person has -in all of its difficulties, challenges and “deficiencies,” it is still the life that person has; he or she should be allowed to live it. If we are to err, let it be on the side of life.

December 29, 2009 Sorry so quiet...
Browse Our Archives
Related posts from The Anchoress 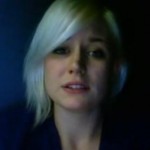 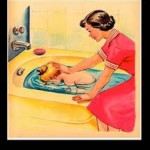 Catholic
When the Strange God Wins, You Kill Yourself
The Anchoress

Catholic
Is MSM Awareness of Gosnell a Wave in...
The Anchoress
TRENDING AT PATHEOS Catholic