Jesus and the Hemorrhagic Woman: Accountability and Thanksgiving

Today’s Gospel reading (Mark 5:21-43) tells us of Jairus’ plea to Jesus, that he go to his sick little girl, “My daughter is at the point of death. Please, come lay your hands on her that she may get well and live.”

Oh, that spoke to me; on a snowy, cold morning, with the arthritis screaming, I read that and thought, “me too, that I may move!”

Along the way to Jairus’ home, we read what is (for me, anyway) one of the richest and most powerful stories of Christ’s healings:

There was a woman afflicted with hemorrhages for twelve years.
She had suffered greatly at the hands of many doctors
and had spent all that she had.
Yet she was not helped but only grew worse.
She had heard about Jesus and came up behind him in the crowd
and touched his cloak.
She said, “If I but touch his clothes, I shall be cured.”
Immediately her flow of blood dried up.
She felt in her body that she was healed of her affliction.
Jesus, aware at once that power had gone out from him,
turned around in the crowd and asked, “Who has touched my clothes?”
But his disciples said to him,
“You see how the crowd is pressing upon you,
and yet you ask, Who touched me?”
And he looked around to see who had done it.
The woman, realizing what had happened to her,
approached in fear and trembling.
She fell down before Jesus and told him the whole truth.
He said to her, “Daughter, your faith has saved you.
Go in peace and be cured of your affliction.”

I love this story because it very gently puts the lie to the increasingly popular idea that Jesus asks nothing of us — that he’s just our pal, our fluffy squeeze toy who doesn’t mind what we do and prescribes no rules except that we be nice and, you know, that vaguest of things, “a good person.”

There is no reason not to think the woman with a hemorrhage was not a “good person”, but the Christ she encountered still asked something of her.

Jesus was an observant Jew; when he healed a leper, he told man to partake of the prescribed cleansing and show himself to the priest, because it mattered. To be cleansed gave the man admission back into the community and rescued him from a lonely singularity, a life lived as a social beloathed. Similarly, for a hemorrhagic (thus, “unclean”) woman to touch anyone in her community would be a great offense; for twelve years, she had been unclean — she was like an abyss in their midst and would have been kept apart from friends and perhaps even her children. Unable to partake of a ritual cleansing, she reaches out in great hope to the Living Water who can cleanse us like no other. She had to have great hope, because the move she was making could only bring the greatest of offenses to Jesus and those all around her.

Her hope was even a little selfish: in her need — her wish not only to be healed but also to be readmitted into community — she knew she risked the possibility of rendering someone else “unclean”, dragging another person (however briefly) into her exile. What if this man was just a Rabbi, and not something more? She would be defiling him, making him unfit for the synagogue…and yet, she reached out, trusting that her hand was accessing a fresh well of mercy.

She touches his cloak, and she is healed; her bloody issue instantly dries up. One moment she is weak and debilitated from this constant drain. The next instant, strength is running through her. She only touched his cloak, but she did it with a faith so absolute that it made her willing to be vulnerable to social scandal — and further rejection — for its sake.

She is healed; now she can partake of a ritual bath, and be readmitted into her community — she can hug her children again, if she has them — but it still cost her something. Instead of being vulnerable to the crowd, she is vulnerable to Christ. Jesus healed her. He had mercy on her. But he insisted she declare herself to his face, and before all the assembly. It was not enough for her to simply be anonymous in the crowd, and partaking of him for herself, in secret. As with the Eucharist, she was to publicly declare her moment of thanksgiving. Receiving the Real Presence of Christ, she had to say a kind of “Amen.”

The Eucharistic theme continues when Jesus meets Jairus and is told that the little girl has died.

He took the child by the hand and said to her, “Talitha koum,” which means, “Little girl, I say to you, arise!” The girl, a child of twelve, arose immediately and walked around.

And Jesus tells them to give her something to eat. Again the sense that to partake of any part of Jesus’ healing involves thanksgiving in company. With a meal, if possible.

What a sacramental story! It has elements of the confessional in Jesus’ demand that the woman reveal herself to him, to come out of hiding. It has the Eucharistic theme of thanksgiving within the community.

And this is interesting, too: the woman had hemorrhaged for twelve years, like the twelve tribes of Israel. Her circumstance was about what had occurred in the past, leading up to that day, and concerned the law and what Moses prescribed, for the sake of Justice. The little girl was twelve years old, like the twelve apostles; her issue was an issue of the future — her future life — and moved beyond law for the sake of Mercy (and it included a meal).

Justice and Mercy both reside in Christ, and both are present in each tale, perfectly balanced in Him. In this gospel reading we see the Alpha and Omega — ever ancient, ever new — engaged with both old covenant of Moses and the new covenant of Christ.

For me, this just reinforces the lesson that justice and mercy must kiss (one cannot be withheld or the other is lacking) and that all that is now before us must still find its connection to what has passed. The present and future, untethered to the past, becomes all disorientation. 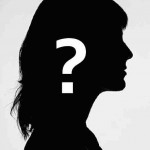 February 5, 2013
Is faith a carousel or a roller coaster, for you?
Next Post 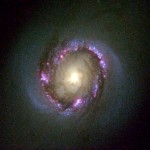 February 6, 2013 Who Knew? John 3:16 Answers Genesis 3:1-6 - UPDATED
Browse Our Archives
get the latest from
Catholic
Sign up for our newsletter
POPULAR AT PATHEOS Catholic
1

Spooky Tales for Catholics: An America Magazine Roundup
strongly endorse Dracula although I wonder if the note about his likely...
view all Catholic blogs
Copyright 2008-2020, Patheos. All rights reserved.