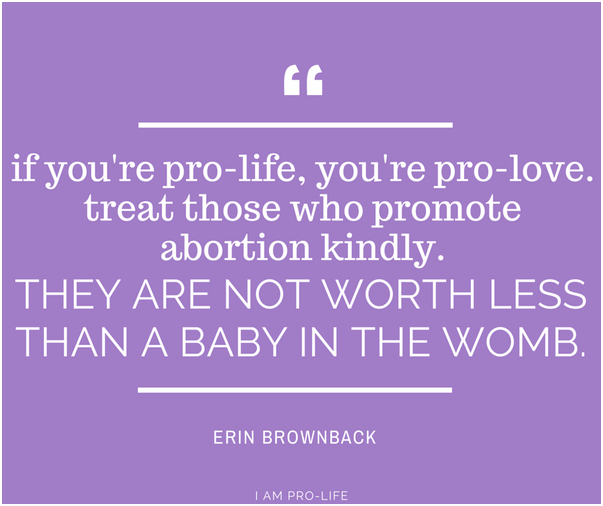 Last Thursday, after a lengthy Twitter conversation with an ardent supporter of abortion, I posted this tweet. 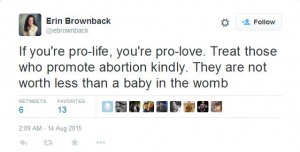 Since then, it has been redistributed in a variety of contexts, and most recently has been used to make the case that to lie to expose the truth of evil is to say, “I will try by any means that is not sinful or illegal to DESTROY you.”

We are called to love, respect, and show kindness to all people because they are each made in the image of God. We are not, however, called to respect a person’s position or ideology, or to acquiesce to evil.

Questions about lying in this video seem to revolve around individuals giving pseudonyms and representing themselves as working for a fetal tissue procurement company interested in Planned Parenthood’s ability to provide them with organs obtained from aborted babies. Interestingly, in this nearly three-year effort to expose illegal and unethical, not to mention immoral activities at Planned Parenthood, this group actually did set up a company. They were, in fact, interested in whether or not they could obtain body parts from Planned Parenthood, and, not having seen the rest of the videos, we are not yet sure if they did. So we are particularly left with the issue of giving a false identity.

The eighth Commandment, often misrepresented as Thou shall not lie, actually says Thou shall not bear false witness against thy neighbor. What the Center for Medical Progress did in this situation was to bear true witness against their neighbor. They exposed with light what was hidden in darkness.  So, did giving a false name, or false information decrease the goodness of their act?

I try not to make it my business to justify the actions of other Christians.  That is for them to justify before the Lord, and it is for me to celebrate the goodness their actions bring about. However, we have it on good authority that people throughout the story of the Bible were honored for similar acts, such as Rahab protecting the lives of the two spies, and the Hebrew midwives protecting the Hebrew babies, and others were not condemned, such as Michal protecting David’s life from her father Saul.  For this reason, I would trust that any God-fearing man or woman in such a situation would ask God to guide them in that moment.  And I trust He would.

Now to the question of whether you can be pro-love while also exposing the ongoing sin of the individuals you are loving, or if exposing them means you are essentially out to destroy them. Exposing the truth of sin does not negate loving those who are sinning. That would be ridiculous. If we stopped loving people because they sin, we’d have no one to love, and could expect no love ourselves. We are called, though, to prosecute evil. Jesus did not prohibit imprisoning those who break the law.  Instead, he told us to visit them while they are there.

It is not my goal to destroy people who abort children.  I see the brokenness in their lives and the pain in their eyes.  To love fundamentally means to recognize the worth of someone, and to be concerned for their welfare.  I pray for these individuals, that they would find truth, and the forgiveness I know I need.  But it is, in fact, my desire to destroy evil.  I want to stop murderers from murdering, and I want justice to be used as a deterrent fordestruction.  In the long run, this not only saves the lives of babies, but the heartbreak of mothers and families, the brokenness of abortion workers, and the soul of a nation.

With that said, let’s all get back to the real issue at hand.  Planned Parenthood, and who knows what other organizations, are delivering whole live babies, with beating hearts, and are dissecting them by cutting through the front of their faces with scissors to extract their tiny intact brains.  This is a crime.  Do not let the smokescreen of ideological differences keep you from focusing on anything but the fact that Planned Parenthood has admitted on tape to apparently committing felonies, as well as crimes against humanity.

The issue is not how that truth was exposed, the issue is what are we going to do about it now that it has been brought to light.

As you wade your way through this highly emotionally charged issue, there will be other times we disagree.  But remember, we have pretty clear instructions for what to do when that happens.  We are to go directly and individually to those with whom we differ (as I did before I wrote this article), and settle the matter there.  Disagree internally, but show a united front.  Do not let anything you do distract from the issue that is at hand.  Abortion is a gruesome practice that destroys lives and societies, and we will look back on it with horror and shame.  The sooner we all get there, the better. 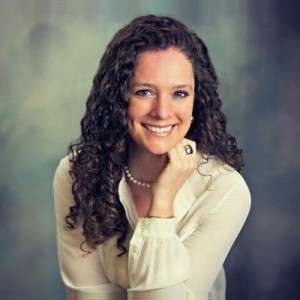 Erin Brownback (@ebrownback) is an advocate for the goodness of God’s design for the family, including life, marriage and gender. She has directed marketing and communications for the sanctity of life work of Alliance Defending Freedom, and currently consults with pro-life and pro-family allies while working on a PhD in Social Transformation. Find her at ErinBrownback.com

August 20, 2015
For the Reality of the Personal Vocation, Let us Pray!
Next Post

August 24, 2015 Bartholomew and the Weakness of God
Browse Our Archives
get the latest from
Catholic
Sign up for our newsletter
POPULAR AT PATHEOS Catholic
1