Expert Truth: Is DOJ Wise to Depend on Advice from APA?

Expert Truth: Is DOJ Wise to Depend on Advice from APA? March 5, 2013 Elizabeth Scalia 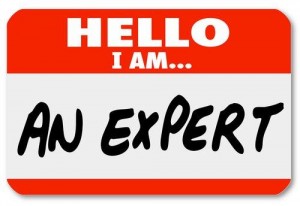 Received several emails last night and this morning passing along this headline: DOJ: Children Do Not Need—and Have No Right to–Mothers.

The Justice Department’s argument on the superfluity of motherhood is presented in a brief the Obama administration filed in the case of Hollingsworth v. Perry, which challenges the constitutionality of Proposition 8, the California ballot initiative that amended California’s Constitution to say that marriage involves only one man and one woman.

The Justice Department presented its conclusions about parenthood in rebutting an argument made by proponents of Proposition 8 that the traditional two-parent family, led by both a mother and a father, was the ideal place, determined even by nature itself, to raise a child.

The Obama administration argues this is not true. It argues that children need neither a father nor a mother and that having two fathers or two mothers is just as good as having one of each.

You can read the brief here. What caught my eye, further along in the article, was this:

To support this argument, one of the documents the administration cites is a “policy statement” by the American Psychological Association. This statement claims that some studies indicate same-sex parents might be “superior” to mother-and-father families, but then concedes there is little actual data on the results of raising children in two-father households.

All I have to say is this: the DOJ should be leery of basing too much of its arguments on a policy statement by the APA. Once upon a time, that same body of “experts” advised Catholic bishops that if they just gave youth-molesting priests some therapy, the priests would be okay for ministry, even around kids. The “expert truth” of a day often does not extend to decades. 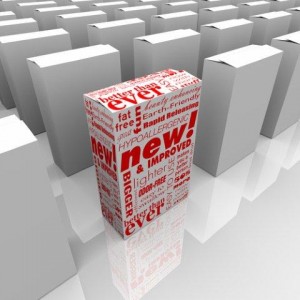 That’s the thing about hard and social sciences; they evolve, just like everything and everybody. The things we “know for certain” at one moment in time, we are less certain of a few decades later. Things we believed could never be seen or measured, suddenly can be; “facts” we thought we knew for certain, are suddenly being reassessed; an over-reliance on “expertise” — as with the church scandals — too often sways us away from our own common-sense and gut instincts.

Which is why, when you think about it, even “educated secularists” take an awful lot on faith, and put a lot of trust in their chosen princes. Perhaps that is why the notion of “truth” to them, seems like such a changeable thing, yet is to be followed almost slavishly in the “dictatorship of relativism”, with each new pronouncement quickly embraced — even if it directly contradicts the received wisdom of five years ago. It’s a truth that serves the day.

When truth is a variable there is always “new truth” and for those looking to get on in the world, embracing each new truth is simply the expeditious and “smart” (and yes, compassionate) thing to do — it’s a very utilitarian way of living: “new, improved truth” is like a new, improved detergent that we buy until the next new truth is put on the shelves and hyped.

But, as with the detergent, if the new truth was so good to begin with, why does it constantly need improving? What cleaned the dirt before is only “better” because of extraneous, superficial “extras”. An added fresh scent? You can choose it if you want, but the dollop of aroma does not make the soap itself better. It is as efficacious as ever, whether it looks and smells pretty or not.

But what is fundamentally true, is always true. Which is why it’s called Eternal Truth. And service to that is no obeisance to a dictatorship, no enslavement to a constant search for what is “new and improved”. Rather, it is — in the paradoxical ways of heaven — the voluntary action that makes us free.

(Both images courtesy of Shutterstock.com)

March 5, 2013 Like Nixon in China: Married Priest's Credible Case for Celibacy
Browse Our Archives
get the latest from
Catholic
Sign up for our newsletter
POPULAR AT PATHEOS Catholic
1 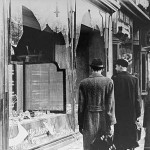