Let Us Stop Throwing Each Other Away

Let Us Stop Throwing Each Other Away April 1, 2013 Elizabeth Scalia

Happy Easter. Christ is risen, and all things are made new!

It’s a time to break the chains of old habits, old thoughts; time to unwind and finally toss old tapes; he is risen: “I am doing something new…”

On Wednesday, traipsing through my archives, I came upon this post from last year — the image of a full-term baby tossed into the trash, and my thoughts about it.

Upon re-reading it, I thought about how easily we throw people away, everyday, in less dramatic fashion. We throw people away when we sneer at them or about them; we throw them away when we dismiss their concerns, or decide they are not worth our consideration. We throw them away when we laugh about the “thems” while we’re among those who make up “us”. We throw people away every time we stop seeing others as beings made in God’s image and perhaps put before our eyes so that we may see Christ in “them” — or (even worse) sent our way to teach us something about ourselves. On Holy Thursday, Ed Morrissey wrote of Pope Francis’ visit to a youth detention facility, and a commenter said, “Forget it! People are in prisons for a reason.”

As though they deserve no chance at mercy, and can simply be thrown away! But if we can administer justice without mercy, what keeps Justice from becoming too rigid, cold and dehumanizing? Likewise, if we offer mercy without justice, what prevents mercy from becoming mushily self-indulgent until it is equally dehumanizing?

God can be tricky like that. The God who, when invited to condemn a sinful woman, instead chose to write something in the earth until the demands to demean were ceased, is the same God who, when telling the woman her sins were forgiven did not extend her license to continue on her path but said, “and sin no more…”

He is a God of things less obvious. When occasions for “justice” seem so clear to us, he reminds us that Justice (or vengeance) belongs to him and says of us, to us: “I desire mercy”. Yet when his own mercy is offered, it comes with a reminder, that justice still matters — that our entire life in Christ will require a balancing of his bestowal of mercy upon us, as we try to acquiesce to justice, via his commands which are all Just.

It’s a circle. A tricky, often paradoxical one, full of subtlety and nuance, overlaid with the word mystery. No matter how much we know, we do not begin to plumb its depths; we cannot possibly hang our faith upon what seems “right” or “reasonable” to us. Our own judgement falls so far short that we ought not trust it, and yet we constantly reference our own reason and in doing so find everyone and everything to be lacking, when out of alignment with us. The church is the bride, endowed by her faithful bridegroom with certain gifts of wisdom, in particular in understanding the truths that are eternal within his creation, but she is broken in precisely the same spots we are: within the realm of the human and the natural.

Our natural human being-ness instinctively seeks the supernatural; we know it is there. But our brokenness, which partially informs our reason, compels us to try to tailor what is supernatural to our nature. Urged by Saint Paul and others to “put on Christ” as a garment, we too often try to remodel and update that garment with a nip here, a tuck there, a dart, a hemline, a cuff. We want to wear Christ, but we want to be fashionable as we do it. We want to follow the Zeitgeist and bring Christ along into it, and we don’t want to hear that Christ is a sign of contradiction, not meant to be fitted to an age.

There are no nips and tucks to Christ. We wear the supernatural as it is given to us — with certain rules that we might find a bit of a drag to our fun, and with adjurations to mercy and openness when we would rather pull the garment closer, and allow nothing in that we don’t like.

If we take Christ on, we take him in wholeness — the whole garment of Christ; like a shroud around us; dead to the worldly reason that tells us to cast it off; dead to our own tastes as to how it should look and fit upon us. We must be willing to be tripped up by it, in order to see that we have mis-stepped, even if it seems just a little thing to us, like mindlessly snarking amongst our friends about some “other” which is, in the end, like throwing a person away.

This makes everything we do harder. It means, for instance, that my gratuitous jibes at Maureen Dowd have to stop, if I am throwing away her personhood for the sake of a joke about her uterus. Dammit.

It has profound implications for how we blog, how we exist on Twitter and Facebook, which are places where the humanity of the “other” are easily tossed aside and forgotten, as I have certainly (to my shame) demonstrated in my turn. It means that the polarizing mindsets that are formed on talk radio and MSNBC (where those who think differently are characterized as not simply wrong but evil, and always motivated by the worst instincts) and then fleshed out in social media, cannot serve us if we are Christians — not if it has us sneering and jeering and throwing each other away.

We might be stuck having to talk about and write about ideas, only, and not the people who are putting them forward; we might have to put away the idols that we make of our ideas — which are born from us and thus part of our endless self-worship, as begun in Eden — in order to instead submit all of our thoughts and words to the filter of Christ, so that what emerges is simple Truth, shorn of the hate, the denigration, the polite fiction.

Don’t just take my word for it. The very same day I had my little revelation — on “Spy Wednesday” — Pope Francis presented us with a similar message:

Speaking poorly of someone else is equivalent to selling them. Like Judas, who sold Jesus for thirty pieces of silver. And it was precisely by drawing inspiration from the Gospel passage from Matthew which foretells the betrayal of Judas Iscariot that Pope Francis…put people on guard against gossip with an explicit invitation: “Never speak poorly of other people”.
[…]
“Jesus was like a commodity; he was sold. He was sold at that moment”, the Pope emphasized, “and also very frequently sold in the market of history, in the market of life, in the market of our lives. When we opt for thirty pieces of silver, we set Jesus aside. . .there is some arcane pleasure in scandalmongering. . .we begin to tear the other person to pieces”[it is then that we must remember that every time we behave like this[ “we are doing what Judas did”.

What we do to the “other” we do to Jesus, “Because Jesus is in this friend”. Indeed. On Spy Wednesday, the message that we’re not meant to be spies and jesters about each “other”. It hit me hard.

I got a rant this morning from a woman suggesting to me that Pope Francis is an “anti-pope” because he’s putting the gospel before the rubrics, and because he does not explicitly talk about abortion and the unborn when he talks about tenderness. Shortly after reading that, I received one of those adolescent, missives denigrating Pope Benedict because — to this person’s mind — a difference in style is some sort of victory of substance.

I love Pope Benedict and have no patience for that sort of weird spite; I love Pope Francis and am increasingly troubled by the sort of hysteria being indulged in by some who think a simple chasuble signals a break with the previous 2,000 years. It is beyond astonishing to me that people who are praising Pope Francis and his exhortations to love and tenderness are managing in their very next breath, to sneer at his predecessors and particular “sets” of Catholics. On the other hand, I cannot fathom how those who championed Benedict’s hermeneutic of continuity do not see the continuity between him and Francis (see items 4 and 3 in particular). In style, yes, very different. In theological substance (and commitment to Near East Christians and Orthodoxy reunification) not much difference at all, except as one finds a difference between theoretical (Benedict) and applied (Francis) theologies.

Theory instructs and inspires; application builds on it. An engineer studies theoretical physics and then applies it and comes to terms with what cannot be dispensed with because of reality and nature, and what may be tweeked, for functionality.

With Moses, you might say we got a kind of theoretical understanding of blood both as a maker of wedding covenants and for the exculpation of human sins. With Christ Jesus, we got the application.

Application is hard; it’s messy; it sometimes leads us where we would rather not go; and if it is going to build something that stands, forever, it demands an awful lot of us: the foundational stuff is non-negotiable, because of realities natural and supernatural; some of it may be tweeked, where necessary — but with an awful lot of prayer and forethought, because we’re building on a mystery, and we do not wholly understand.

But I’m afraid this not throwing people away, not selling people business is part of that non-negotiable area. Quite a challenge to me as a blogger — where tossing snark is all-too-easy, gratuitous and often gratifying, in terms of traffic — and as a human person who wants to hold on to Easter, and all I have learned from the days leading up to it, for as long as I can.

I will have to pray for grace and mercy, and to be able to find that middle point between not throwing people away, while not submitting to a silencing tyranny, either. 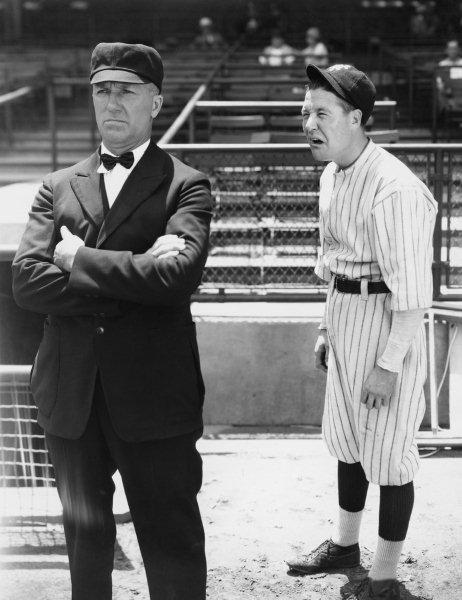 March 28, 2013
Starting in Prayer in the Triduum: A Request
Next Post

April 1, 2013 "The Church challenges all its members, in different ways over different issues." Just like Life Itself
Browse Our Archives
get the latest from
Catholic
Sign up for our newsletter
POPULAR AT PATHEOS Catholic
1

A Heart of Stone
Steel Magnificat
Related posts from The Anchoress