What to Expect When You’re Expecting Pope Francis 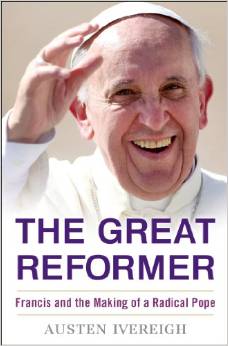 At a moment when “change from below” is already stirring in America, Pope Francis’ upcoming visit may impact the nation for generations.

Pope Francis is not coming to the U.S. to damn Americans for our wealth or our love of SUVs. He will arrive not as a critic but as a missionary, one who will affirm what is best in the US before he challenges our choices. And he is likely to disarm and even charm those of us who, believing the pundits, are braced for harsh words from the Holy Father.

That was the message of a talk on the September visit of Pope Francis by the British journalist Austen Ivereigh, delivered in Chicago last week.

Ivereigh, the author of The Great Reformer: Francis and the Making of a Radical Pope, knows something of Francis’s complex character and his innovative modus operandi.

He says the pope is a “political animal, the greatest Argentine politician since Perón.” Yet he also “hates confrontation,” and is known to be “very anxious about this visit.”

It is hard to predict what will happen when Pope Francis brings his signature style — spontaneity, openness to the Holy Spirit, speaking from the heart — to our shores for the first time. Ivereigh suggests that the big story of the trip will be found in small gestures, “particularly when Francis is with the people.”

His actions will speak volumes: Pope Francis plans to address Congress and then visit homeless residents of Washington, D.C. He will speak at Independence Hall from the same lectern Lincoln used to deliver the Gettysburg Address. The speeches and their inevitable focus on big issues will challenge, said Ivereigh, but they may not be what most pricks consciences or moves the crowds closer to God. Francis the missionary has many types of arrows in his quiver.

As Ivereigh explained in his talk and in his biography, the intellectual and political lenses through which Pope Francis sees the US are distinctively Latin American.

Jorge Mario Bergoglio has long had political interests. As a child, he absorbed the stories of his grandmother, a Catholic social activist in Italy before she emigrated to Argentina. In his teenage years, Bergoglio went to the meetings of all three political parties, and Ivereigh suggests that he may have been “torn between a vocation to the priesthood and a vocation to politics.”

He felt an affinity for the popular nationalism of Perón and explored socialism, but by the 1970s he had become linked to a group of Uruguayan and Argentine Catholic thinkers — “the River Plate School”. They were part of the liberation theology movement, but they rejected Marxism and broke away from better-known liberationist thinkers. Instead of class warfare, they valued popular religion and nationalism, believing that a renewal of holiness and culture could liberate the poor. Among their leaders was Alberto Methol Ferré, a Uruguayan philosopher who, Ivereigh says, had a strong influence on Bergoglio. Methol Ferré and Bergoglio championed a vision of a unified Latin America which would draw strength from its Catholic roots while avoiding socialism and unchecked free-market capitalism.

The ideas of the River Plate School form the intellectual framework through which Pope Francis sees and will challenge Americans, but they have been little noticed by US commentators. Ivereigh reports that, sadly, Methol Ferré’s writings are languishing in boxes in a Montevideo library, uncatalogued and un-digitized.

When Francis speaks to Congress, the media will focus on what he says or doesn’t say about abortion, immigration, gay marriage and climate change, but Ivereigh suggests that a call to renewed political life will be the true heart of his message. Pope Francis wants politicians who are “close to the realities of the people that they serve, who are above all attentive to the excluded and the marginalized.” As he showed on his July trip to Bolivia in a speech to members of popular movements, he also knows how to bypass the politicians and speak directly to the people, tapping into their desire for change. “He comes as a pope with a vocation to renew politics, leading change from below,” says Ivereigh.

This is a moment when change from below is already stirring in America, but perhaps its biggest instigator won’t be running for the presidency. Instead, he may be a Latin American from an immigrant family, one who takes his name from a great populist saint of the 13th-century. As Ivereigh put it, “It could be one of the great and defining visits of his pontificate and, who knows, a historic turning point for the United States.”

Sean Connolly (@sconnoll) is the communications director for the People of Praise, an ecumenical, charismatic community based in South Bend, Indiana. 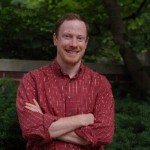 August 31, 2015
Antidote to Pride and Vanity: Cesspool Problems
Next Post 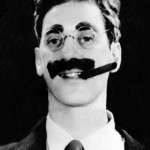 Catholic
"The Pope is Not an American Politician"
The Anchoress 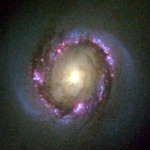 Catholic
Laudato Si: All of our Sin, All of...
The Anchoress
TRENDING AT PATHEOS Catholic