He has been writing an important series on culture, class and the decline of marriage on his blog, but Ross Douthat’s latest column in the New York Times is getting a lot of attention, as it is a rather thoughtful look at the propensity of Ivy-League alums to seek out Ivy-League mates, and how it affects the nation:

Of course Ivy League schools double as dating services. Of course members of elites — yes, gender egalitarians, the males as well as the females — have strong incentives to marry one another, or at the very least find a spouse from within the wider meritocratic circle. What better way to double down on our pre-existing advantages? What better way to minimize, in our descendants, the chances of the dread phenomenon known as “regression to the mean”?

That this “assortative mating,” in which the best-educated Americans increasingly marry one another, also ends up perpetuating existing inequalities seems blindingly obvious, which is no doubt why it’s considered embarrassing and reactionary to talk about it too overtly. We all know what we’re supposed to do — our mothers don’t have to come out and say it!

I think Douthat is mostly right about the meritocracy resembling the British peerage, who strove to admit no persons of dubious consequence into their circles. To some extent, our American upper classes are le bon ton, forever bound to Almack’s, dancing in step, both metaphorically and literally; perpetuating the marriage mart to ensure that either class and/or property — preferably both — are preserved or enlarged. Ivies are part of that.

Then again, my non-Ivy son is dating an Ivy alum who doesn’t personify the mold Douthat describes here:

The “holistic” approach to admissions. . .has two major consequences: It enforces what looks suspiciously like de facto discrimination against Asian applicants with high SAT scores, while disadvantaging talented kids — often white and working class and geographically dispersed — who don’t grow up in elite enclaves with parents and friends who understand the system. The result is an upper class that looks superficially like America, but mostly reproduces the previous generation’s elite.

Still, it is demonstrably true that there are mechanisms in place to keep the privileged ensconced within their high hedges while promoting “a form of student-body “diversity” that’s mostly cosmetic, designed to flatter multicultural sensibilities without threatening existing hierarchies all that much.”

This is of-a-piece with the fact that those politicians and mediafolk who loudly promote public schools and decry vouchers for urban youths trapped in terrible schools are the very same folks who send their children to private, exclusive schools where diversity is “celebrated”, but only amongst the correct sorts of families — monied, powerful and protected, often by armed guards. If comments highlighted at this Gawker article (Warning:Language) are indicative, the upper-crustish don’t particularly like being exposed having to rub elbows with the rougher elements.

“[Why would an] English major share his/her love of literature with an uneducated bank teller… a math professor with a beautician?”

Good heavens! What could ones such as us possibly have to say to, erm…persons such as they?” Had sad. I knew an 18 year-old bank teller who read Proust on her breaks. Oh, wait. That was me.

I could see where a math professor might like very much to date the woman who cuts hair, owns a stable that corrals horses and oh yeah, loves to cook, if only he would first deign to speak to such a lowly creature!

The elitism is also of a piece with this extraordinarily Margaret-Sanger-esque rant from this angry and uppity woman destroying pro-life material on the campus of Ohio State University while demanding to know, “You want an overpopulated Earth? “You want to keep paying taxes for babies that are born to crackheads?…You really want a population of people that were born on drugs? That are born into welfare? You want to keep paying for that shit?”

Her response to those graphic images, which I don’t particularly like to see used (and I’m not going to get into yet another argument about that, so save your breath for your porridge) is to argue that there are inferior sorts of people who ought not to be born, because they are a drain on the larger society and are a diluting threat to the “better” classes. That’s right out of Margaret Sanger’s playbook.

Sanger, of course, is the eugenicist (beloved of Katie Couric, and her ilk), who declared, (among other things):

We should hire three or four colored ministers, preferably with social-service backgrounds, and with engaging personalities. The most successful educational approach to the Negro is through a religious appeal. And we do not want word to go out that we want to exterminate the Negro population, and the minister is the man who can straighten out that idea if it ever occurs to any of their more rebellious members.

All of our problems are the result of overbreeding among the working class, and if morality is to mean anything at all to us, we must regard all the changes which tend toward the uplift and survival of the human race as moral.

Eugenics is … the most adequate and thorough avenue to the solution of racial, political and social problems.

This seems like very illiberal thinking, to me. It also seems to reduce people to mere things. So it may be sinful thinking, too.

Meanwhile, Glenn Reynolds from Instapundit suggests that our ruling classes are not particularly bright. 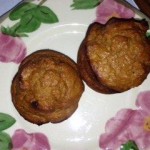 April 8, 2013 Housekeeping Note!
Browse Our Archives
get the latest from
Catholic
Sign up for our newsletter
POPULAR AT PATHEOS Catholic
1 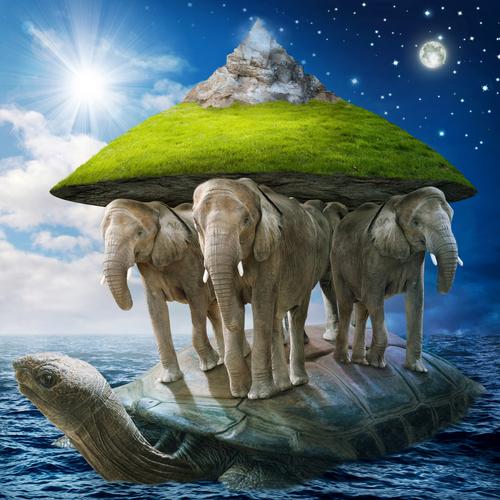 Catholic
Pope Francis Not Stupid; Knows What Marriage Is
The Anchoress
TRENDING AT PATHEOS Catholic