Interesting that this morning it seemed unlikely that a verdict would come, and this afternoon, on the Feastday of Our Lady of Fatima, suddenly the jury decided:

The jury in the murder trial of abortion practitioner Kermit Gosnell returned a verdict and found him guilty on three of the four first-degree murder charges he faced.

The guilty verdict on these three counts subjects the abortion “doctor” to the potential he will face the death penalty when a second jury considers his sentencing on the convictions.

Read it all here. Gosnell was also convicted on hundreds of lesser charges ranging from infanticide to running a corrupt organization

More later. These three first degree murder counts mean that the death penalty is on the table, but I cannot imagine any pro-lifer wanting that. Life in prison is more likely, and I hope that’s how it goes. I pray mercy is shown to this man, and that prayers may perhaps bring about his openness toward redemption.

UPDATE:
I was watching that Fox Philly station and it seemed to me they were doing a very good job of covering all the bases. Reporter at one point said the testimony at trial was so raw that “you’d have had to have been made of concrete not to be be affected.” The anchor asked good question, also made a point of reminding audience that defense tried the “no scientific evidence that babies had ever been alive” argument but that jury “clearly disagreed.”

UPDATE II:
Michelle Malkin notes that the New York Times is having a problem with this story. They are talking about “fetuses removed from their mothers.” Can’t bring themselves to use the word “babies.” What a powerful word it must be. But it seems they don’t understand how powerful the word “mother” is. If they did, they’d say “fetuses removed from their uterine containers.” Omit the whole “human being” idea altogether.

UPDATE III:
On Twitter and Facebook, I’ve seen some pro-lifers expressing hope that Gosnell gets the death penalty, and also a lot of invective being spewed and “righteous anger” against his defense attorney, but whatever you think of a defendant, he is entitled to an attorney. I’m thinking, can’t we just be glad about this verdict? What I wrote here still holds, I think:

[We Christians need to] respect the moment and the opportunity, and the fact that this is a possible gift. If this is a small break in the tide, it’s one we have to fill with patience and mercy; it is going to call on Christians to be as Christlike with our stunned and (hopefully) open-to-re-thinking brothers and sisters. We can’t haul off on them, but must teach with love. With firmness and truth, but also with some of that tenderness we’re called to; with an acknowledgement that Justice belongs to God while mercy is ours. It goes back, a little to what I wrote here, about balance.

Without balance, Christ Jesus and his teachings cannot be understood, because he is All Mercy, All Truth, All Wisdom and All Justice. When we overweigh any one aspect of those four we underweigh the other three; our perspective becomes unbalanced and our understanding disoriented. More importantly, we run the risk of pulling down the cross, altogether.

Embracing this moment with a Christlike heart and mind means no hateful postings on Facebook. No hashtags on twitter meant to insult, demean or cast down. Try #pro-abortion instead of #pro-murder.

Let me put it another way: if you’re a Christian who hates abortion and you see a sliver of light in this 40 years of darkness — which is exactly what this hushed admission from the press might be — and you repel the light with your anger instead of widening it (and its pathway) by taking a gentler, more merciful tone, then you will have to answer to the God of Justice about it. You’ll have to tell God why you thought it was more important to beat his wounded sheep rather than heal; you’ll have to explain why you thought your immediate “justice”, which can never be as informed as God’s, was preferable to waiting for his, which (for others) might come well after some years of regret, and contrition and penance and (for others) may be wholly beyond our comprehension.

We may be in a moment of grace, standing at the advent of a great gift. It’s not time to put a nail through a bat and start swinging.

UPDATE IV:
Gosnell’s attorney seems to think that old-media had it in for his client. Wow. Just WOW.

UPDATE VI:
Frank Weathers has the creepiest tweet of the day and Da Tech Guy has NARAL’s full statement

UPDATE VII: Should he be executed?; I say no. What say you?

May 14, 2013 What it's like to be Jay Carney Right Now - UPDATED
Browse Our Archives
get the latest from
Catholic
Sign up for our newsletter
POPULAR AT PATHEOS Catholic
1 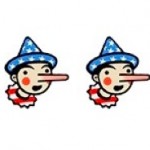 Catholic
Using Gosnell to Snip at Obama, or the...
The Anchoress

Catholic
Writing on Gosnell Media Blackout in 2011 -UPDATED
The Anchoress

Catholic
Is MSM Awareness of Gosnell a Wave in...
The Anchoress
TRENDING AT PATHEOS Catholic

Perinatal Hospice, Loving Compassion for Parents and Baby
Perinatal Hospice is a wonderful, compassionate practice that is not well-known. Consequently,...
view all Catholic blogs
Copyright 2008-2021, Patheos. All rights reserved.