Could “Mystery Priest” be a long-dead Benedictine Monk? UPDATE: No Mystery Here!

By now, you’ve most likely heard the story of the “Mystery Priest” from the car accident scene in Eastern Missouri. If not, here’s the original story from USA Today.

Phil Lawler of Catholic Culture has suggested how the priest might be identified:

Interestingly, we were at Conception Abbey in Missouri last week for deacon formation. As you might imagine, this was a hot topic of discussion with both the deacon candidates and the monks. One of our professors indicated he might have a clue about the identity of the mystery priest, which hinges upon Lawler’s suggestion. He believes it may be Servant of God, Father Lukas Etlin, O.S.B., a monk of Conception Abbey, who died in a car accident in 1927.

Is this simply a case of nepotism? I don’t think so; let’s examine this case, working from the premise that this is a supernatural event. It is reasonably well-established that no priest would have had access to the accident scene. Also, the priest does not appear in any of the approximately 80 photos of the accident scene.

First, there is the obvious Missouri connection. The accident happened near Center, MO. Conception Abbey is located in Conception, MO, less than four hours away.

Second, check out the computer-generated composite sketch of the priest from witness accounts. Note that the deputy sheriff at the scene says it looks nothing like the priest, with whom he interacted for about 20 minutes, even shook his hand. Rather, he described him as actor Walter Matthau with a less pronounced nose

Okay, Fr. Etlin isn’t a dead ringer for either description, but that’s sort of the point. Neither one rules him out, either. Never mind that eye-witnesses often differ greatly in their descriptions. Consider that if this was a supernatural event, the priest could have appeared differently to different people, younger to some and older to others, depending upon what each witness needed to see.

Third, the deputy sheriff described the priest as having an accent he could not place. Fr. Etlin was born in Sarnen, the capital of Canton Obwalden in the foothills of the Swiss Alps.

Go read reasons four, five and six as to why some think the “mystery priest” may have been this Benedictine Servant of God.

If so, it might be a wonderful moment of grace for a very good abbey that, in 2002 was rocked by violence.

UPDATE:
Well, that was fun to speculate about but it appears the helpful priest has been found and he is very much alive and kicking, and he does have an accent! An Irish one, in fact:

While some assumed the mystery priest was an angel or a deceased Catholic saint coming back to shower goodwill upon mankind, it seems these individuals’ theories were incorrect; it was, in fact, a caring bystander and faith leader who took the time to help a young woman in crisis.

The statement. . . by spokesperson Deacon Dan Joyce, head of communications for the diocese [reads]:

The Diocese of Jefferson City has identified the priest who assisted at the site of the Sunday morning, August 4, 2013 auto accident near Center, Mo. He is Rev. Patrick Dowling, a priest of the Jefferson City Diocese. Fr. Dowling was travelling Hwy 19 between Mass assignments that morning in northern and central Missouri.

Fr. Dowling said that he is pleased that he was able to help by performing his ministry and noted that that he was just one of many who responded to assist the victim at the accident. He and the Diocese wish to acknowledge and thank the first responders, medical team and law enforcement personnel for their efforts that morning in aid of the young woman injured in the accident.

Fr. Dowling, a native of Kilkenny, Ireland, was ordained a priest of the Diocese of Jefferson City, Mo., in 1982. He has served at parishes in Moberly, Monroe City, Indian Creek, Milan, Unionville and Eldon, Mo., and in the diocese’s mission parishes in Marcona and Nasca, Peru.

He is currently serving in prison ministry and in parish ministry to Spanish-speaking Catholics.

Rather than coming forward in a more ceremonial or traditional way, on Friday evening, Dowling chose to post a message in the comments section of an article on a Catholic news site — one that went widely unnoticed until this afternoon.

Posting [in the combox] on an article written in the National Catholic Register about the incident and the search for the mystery hero, the priest detailed what unfolded. He wrote that on his way home from a Mass — one during which he was filling in for a sick priest — he arrived at the crash scene. With authorities re-routing traffic. . .he waited until it was possible to get closer.

You can read what he had written, here. But this might be a kick in the pants for folks who think every comment in every thread gets read. Clearly this one was missed. :-)

And here is Father Dowling’s picture:

So, no, it was only what some Catholics call “the usual supernatural“ in the sense that God had placed Father Dowling at that place, at that time, and of course, for the use of the sacrament of anointing (and the prayers of those in attendance, and whatever Guardian Angels were around)…

And yes, you can go ahead and say it: the story is right out of one of Ralph McInerny’s Father Dowling mysteries! 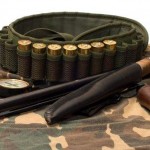 August 13, 2013 Adoration and the Guy in Church with the Gun. Er, Rifle.
Browse Our Archives
Related posts from The Anchoress