Halfway through their meetings, Pope Francis and his council of cardinals have addressed many different themes, but the formation and care of families is a top priority in upcoming discussions.

Vatican spokesman Father Federico Lombardi revealed in an Oct. 2 press briefing that, so far, the council has reflected on the ecclesiology of the Second Vatican Council and the upcoming Synod of Bishops.

But Father Lombardi said that the pastoral care of families is the next major point of discussion in upcoming sessions.

So good that the care and formation of family is a priority for the Cardinals and the Holy Father. When I read this, my first thought was to Mary Eberstadt’s excellent book How the West Really Lost God, which I wrote about here: 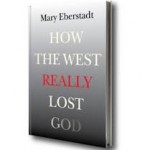 Eberstadt argues that the sharp decline in religious belief (and the waning influence of the churches) in the Western world is related directly to the decline of the traditional family.

The Christian story itself is a story told through the prism of the family. Take away the prism, and the story makes less sense. We men and women, whether inside the churches or not, are only at the beginning of understanding how the fracturing of the natural family has in turn helped to fracture Christianity.

Citing a study conducted with over 1,400 children of divorced parents, Eberstadt excerpts an interview in which a young man, asked if God is like a parent, mush-mouths his way through a puzzled response and then gives up, admitting, “I’m drawing a blank. I’m just drawing a blank.”

It’s a fine book. And a really fine, pastoral priority for the church; I’m glad it is being identified as such. I can’t help thinking that this falls right in line with what Pope Francis said to Eugenio Scalfari in his recent interview in La Repubblica:

“The most serious of the evils that afflict the world these days are youth unemployment and the loneliness of the old. The old need care and companionship; the young need work and hope but have neither one nor the other, and the worst is that they don’t even look for them any more. They are being crushed by the present. You tell me: can you live when you are being crushed by the present? Without a memory of the past and without the will to go forward into the future to build something, a future, a family? Can you go on like this? This, I think, is the most urgent problem that the Church is facing.”

Unemployed youths feeling isolated — without a sense of past, of belonging, of knowing who they are and where they are loved unconditionally; old people with only the past to remember as they suffer in present loneliness. These are things directly related to the formation of the family; they speak directly to the spiritual destitution that follows the dissolution of the family, which curries evil.

This is good and necessary. 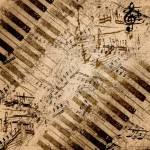 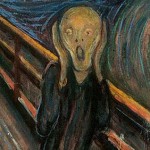 Catholic
Answering Kyle Cupp With A Plastic Trumpet and...
The Anchoress