Christianists, Proselytizing and the Encounter with Christ

Recently there was a dust-up among some Catholics who wondered what exactly Pope Francis meant when he, during an interview with La Repubblica editor Eugenio Scalfari said that proselytizing was a “solemn nonsense”.

Clearly, what he meant was that preaching at people doesn’t work; while being a reflection of Christ among us is powerful evangelization.

If anyone needed the proof of it, recall the ill-reception proselytizing Christians received in 2008, when — instead of living and working within the community they wished to serve — they drove in from a suburb a couple of times a week, and preached at gays in the Castro district. I wrote about it, back then:

The Christians at Castro need to remember that Jesus joined others in community. Excusing nothing, he loved others, even in all their faults and — only when asked to — he healed them. He never just said, “Hey, I’m going to whip a little faith on you, whether you want it or not.”

I tried to be balanced in my piece, but the combox didn’t like that. Oh, well. But no church is going to bring a reality of Christ to any community — gay, straight, whatever — if they are not living with that community; eating, working and sleeping there. Which is pretty much how the Catholic Church has always operated; how her priests and religious and layfolk have spread the Good News of salvation in Christ.

It’s like Pope Francis has said: you can’t evangelize from a bubble, a penthouse or from a seat in first class, as wonderful as it might be to try…

That brings me to Father Michael Duffy, who has been a priest just a little over a year, and who, pondering a post by Andrew Sullivan, writes:

I spoke last evening with the confirmation kids at my parish. I told them the main reason that I became and active catholic and eventually a priest. It’s because I fell in love not with an idea or an ideology or a bunch of rules. It’s because I fell in love with Jesus. And falling in love with Jesus helped me to find myself. And eventually, falling in love with Jesus led to embracing the Church’s teachings. Not as burdens, but because they helped me to truly be myself, the best way possible. That I think is the reason Pope Francis said no to Proselytization. Because it doesn’t work. Ours is a love story. And you cant force or convince someone to fall in love. Its all about the encounter.

Emphasis mine. Not bad; a priest for one year and he’s already echoing Francis, and also Pope Benedict, both of whom — like every iteration of Peter, through the ages — have insisted that the “encounter” with Christ Jesus is primary and essential. If the encounter is real, and if it is then pursued and built upon, everything else follows.

And we’re to help each other work on the pursuit. We’re supposed to pursue, together. Not beating each other up because some are more “advanced” while others are lagging behind, some are more immediate in their obedience while others seem to be taking a circuitous route. We’re supposed to be in this together: One man helps another, one says to the other, “Keep on!” (Isaiah 40:6[5]).

That’s why, when a group of gay Catholics wrote to Pope Francis, he wrote back assuring them of his “greeting and blessing.” Because first you show the human being before you that you see their God-loved-into-being humanity, and the evangelization flows from there. 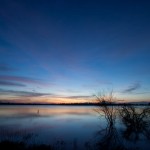